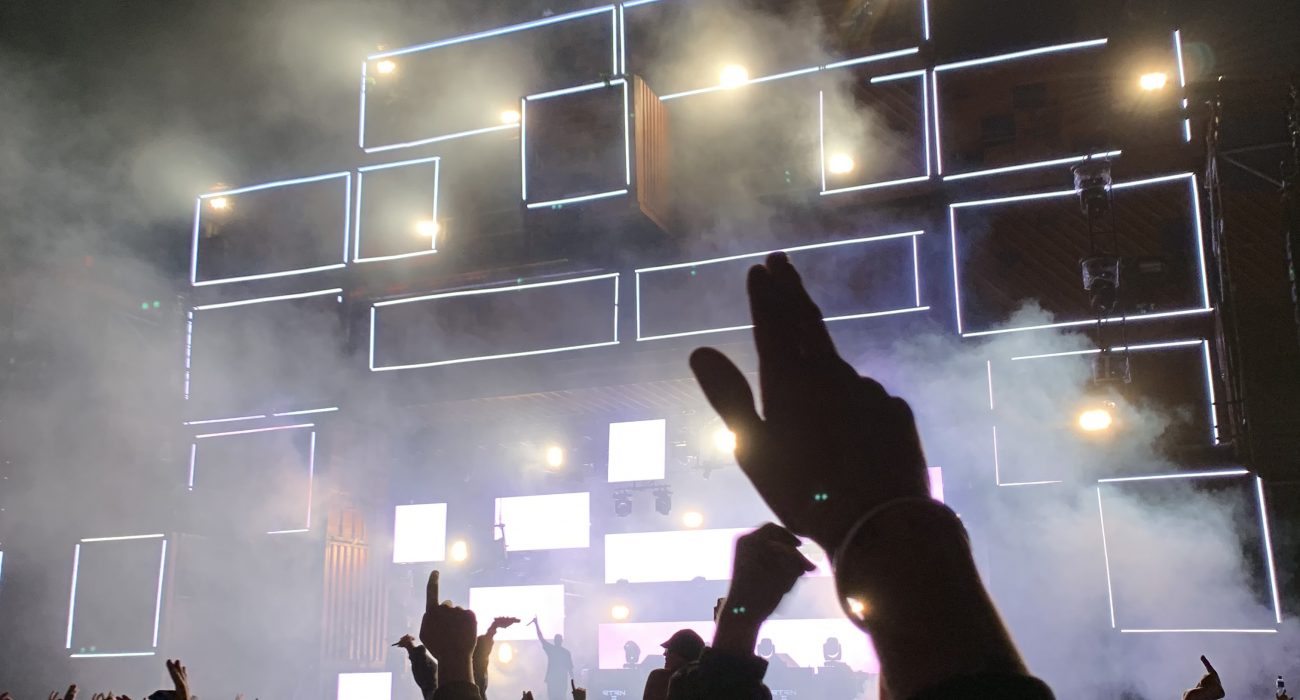 Weeks of endless revision and stress inducing exams are finally over for the year; that could only mean one thing for the thousands of neon-donning revellers cramming on to the shuttle buses and trams across town – time for Parklife.

Over the course of the weekend, some 80,000 music fans descended upon Manchester’s Heaton Park for a two-day celebration of the best and brightest in music. Now in its tenth year, Parklife 2019 managed to pull out all the stops, from extravagant set designs and lighting to some truly electrifying artists and performances that defied the soggy weather, thereby cementing the festival as one of the best in the country.

This year’s lineup was incredibly diverse, with a wide range of artists from across genres each getting their moment to shine across the many different stages at the festival. Upon getting in to the festival on the Saturday, I decided to head straight to the Parklife Stage to catch Little Simz’s performance. Despite having three albums under her belt, Simz still hasn’t really hit the mainstream, which is a crying shame considering how captivating her raw, experimental style of rap is. Simz and her live ensemble delivered a punchy performance onstage, all dressed in crisp white clothing which (thankfully) nobody decided to ruin by stagediving in to the mud below.

Elsewhere at The Temple stage, a drum-and-bass paradise unfolded throughout Saturday with the likes of My Nu Leng, SASASAS, and Andy C performing some electrifying sets, ensuring all those that braved the elements had something to dance about. This was undoubtedly topped by the legendary Chase & Status headlining the night. Their performance was nothing short of phenomenal; a furious career-spanning journey from their early house days to their most recent colossal jungle anthems all amplified further by an insane light show that cut through the gloom of the evening.

Performances over the weekend at The Valley, an immersive skyline-styled stage, were equally as enthralling despite the ground being somewhat of a swamp. Kaytranada’s neo-soul set was full of infectiously funky R&B jams that had the crowds grooving along despite the muddy terrain. This energy was also present during Octavian’s Sunday performance, with the young rapper declaring his love for the Manchester crowd’s passionate reaction to his new single. Disclosure’s masterful closing performance on the Saturday was as emotional as it was enthralling, with timeless anthem ‘Latch’ going down a storm with audiences.

The Sounds of the Near Future stage provided some much needed respite from the weather whilst also playing host to some of the industry’s most interesting emerging talents. Mura Masa’s Sunday show was an intense mix of smooth dance tracks and experimental electronica. Alex Crossan (the mastermind behind it all) deserves endless praise for his ability to orchestrate and play a multitude of instruments for his live performances, seemingly without even breaking a sweat. A cameo appearance from Slowthai for their collaborative track ‘Doorman’ sent the entire tent in to a frenzy, one akin to the storm Slowthai himself whipped up during his performance the previous day.

What perhaps made Parklife even more of an immersive experience was the superb set designs and lighting programming. Each act had their own unique visual signature to it, whether that was through animations or videos on giant screens across the stages or with strobes, smoke or lasers pulsing in time to the beat of a track. It was apparent that so much time and effort had gone in to cultivating a unique visual display for everyone performing at the festival, and the organisers should be highly commended for this. I was a fan of the Sounds of the Near Future stage being upgraded from a tent to a hangar, allowing for more people to come inside and more importantly, giving you space to dance around once in.

Rain is possibly a festival-goers greatest foe and in true English summer fashion, it tipped it down for most of Parklife. However, this is Manchester, and a bit of drizzle wasn’t going to stop everyone from enjoying themselves. Despite the ground below being a literal bog in some places – I’m looking at you, The Valley – wherever you looked there would always be a group of mates shuffling along, bopping around and just having a ball. At some points, the crowd was a sea of ponchos and bucket hats, swaying wildly in time with whatever bassline was washing over them.

Parklife might have the reputation of being a bit gritty or full-throttle but this couldn’t be further from the truth. Yes, the weather may have made moving about a bit trickier but the atmosphere was infectiously bright. Nearly every stranger I had a conversation with over the weekend was joyful and friendly, giving the expansive festival somewhat of a communal feel to it.

Almost as soon as it had started, Parklife 2019 was over. As I trudged out of the festival gates, my shoes essentially fossilised under several layers of mud, I felt elated rather than fatigued. Parklife is a festival that truly does care about its reputation and patrons, and always manages to consistently pull off a dazzling weekend. It’s always sad to hear the thumping bass fade in to the distance as you board a tram home, but with next year’s plans already well underway, it seems that the good times are just around the corner again.