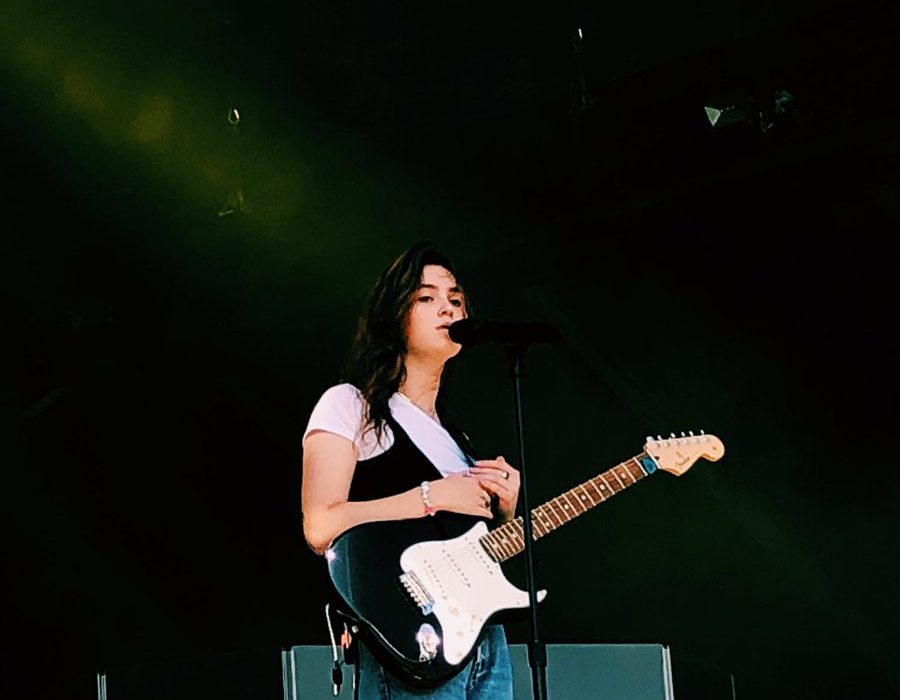 Clairo’s (AKA Claire Cottrill) debut album Immunity begins in the same way she comes across – soft-spoken, gentle, self-deprecatingly unaware of her talent.

There’s a soft gentle buzz as ‘Alewife’ comes into play, tingling with piano keys before the drum track and vocals begin to kick. It’s typically “Clairo” in its elegantly poised lyrics – which in this track appear to detail a suicide attempt. Gradually building up, the track still isn’t heavy but reliant on her vocals, which move under the track as a graceful core.

Clairo’s career has been riddled with accusations of ‘industry plant’ alongside a clichéd box of ‘bedroom pop’, but this album has come to show that her musical skills span greatly over genre and connection. At the heart of the album lies sheer, unadulterated talent.

The album has faced accusations of blandness, and being samey. But the thrill of Clairo’s album lies in the undercurrent – the soft shifts between tracks, the delightful murmurs and changes in tone between tracks. While ‘Alewife’ is sad and tragically relatable for a world with a youth mental health crisis, tracks like ‘Softly’ are perfect tales of romantic adolescence.

The careful details of fluid pronouns and stories of girlfriends and boyfriends makes the album just right for the world that Clairo speaks to. As young people grow up, finding their footing amongst their sexuality and identity, Clairo tries to provide commentary to this journey: Listening to the album feels like listening to someone’s diary from their teenage years – except rather more well-written than most.

It’s soothing, but overwhelmingly informative at times. Like the songs she writes, the production is delicate and layered. In the centre of every track is drums, co-produced by Rostam Batmanglij,which they both agreed was necessary. A highlight in production comes in the form of pre-released single ‘Closer to You’, which jitters and slips over the oh-so-relatable “the things you do, only make me want to get closer to you”. Similarly, summer breakthrough track ‘Bags’ highlights Cottrill’s vocal talent. That’s one thing that really shines on this album, showing a definite development from the first Clairo the world met. A subtle but masterful voice is visible for the world to see.

Despite the album being strong overall, weak points do exist. Track ‘Sofia’ comes across a little jarring, almost too sweet for my liking. While the album is nuanced and elegantly composed, it does come across a little akin to background music when not listening intently. Its nuance also ends up being its downfall, causing the delicate changes and details to be lost in the wider context of the record.

Clairo’s emotion comes through the most, with snippets of Claire Cottrill’s personality on show for the world to see. While at points almost overly emotional, the album still appears restrained – there isn’t anything overt or “massive” about any of the tracks on Immunity, but it wouldn’t fit with Cottrill’s style if it was. It’s delicate, gentle, and soft-sounding. Its made to soundtrack deep summer dazes, not the dance floor. The album is completely and utterly hers, and makes an impressive debut.