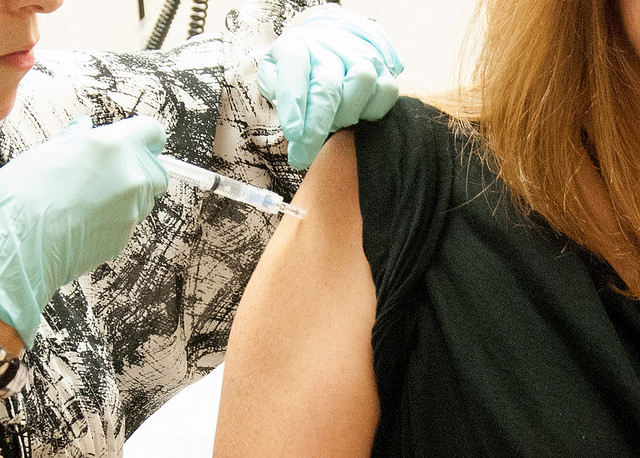 The UK is no longer measles-free

In 2016, the UK were declared as a measles free country for the first time ever. However, three years on, the UK’s measles status has been revoked, with 230 confirmed cases in England and Wales in 2019 alone.

For transmission of the lethal rash-like disease to be disrupted, the vaccination rate in five-year-olds must reach the recommended 95 per sent coverage across the UK population which ensures herd immunity. Although, the first dose of the vaccination reaches at least 95 per cent of children in the UK, the second dose is only 87.4 per cent, as reported by Public Health England.

The decline in the second dose, which is usually given to children before the age of three, is due to parents being scared of the surrounding controversy around the MMR vaccines, as explained by Helen Bedford, a professor of child public health at University College London.

Speaking to Wired Publications, Bedford exaggerated that, “Although we achieved the measles-free status a few years ago, we need to keep levels of vaccination uptake high to sustain that over the years. Because measles is so highly infectious, any small decline in uptake will threaten a community.

“Once you get high vaccine rates and you don’t see much disease, people start thinking the disease is not around anymore.

“It’s not parents not wanting the vaccine because otherwise you wouldn’t have 95 per cent [of the population] having one dose at five years.”

Following these reports, GPs have since come under fire for not reminding parents enough to bring their children for their second dose. Although given the growing pressure of practices being shut down and waiting lists growing longer, the underfunded NHS cannot be blamed for these problems.

Since the World Health Organisation stripped the UK of its measles-free status, Boris Johnson, has announced that ‘GPs are being asked to promote catch-up vaccinations for children who have missed both doses’, and ‘that social media companies in the UK are being urged to remove any misleading anti-vaccine taboos’, and ‘firms will be invited to a summit to explore how they can better promote accurate vaccination information’.

As reported by the BBC and NHS Digital, the greatest percentage of children vaccinated against measles by their fifth birthday are in North East Lincolnshire, with 95.8% of children being vaccinated. However the lowest region is in Merton, near London, with only 66.7% of children having their double dosage by the age of five.

Manchester fell into the 90-95% region, although, Public Health England have confirmed that more measles cases have been accounted for in Greater Manchester in 2019, than the previous two years combined. The first quarter of the year has seen 47 cases confirmed within Manchester, compared to just three in 2018, and seven in 2017.

Prof Helen Stokes-Lampard, Chair of the Royal College of GPs, said: “We are still suffering from the now entirely debunked MMR scandal of the nineties, and it is potentially disastrous that as a result so many young people are now susceptible to serious, often life-threatening infectious diseases, such as measles, that we could have completely eradicated in this country if this had never happened.

“People who were not vaccinated as children need to understand that it is not too late to have their MMR jab and we would urge them to do so.”

Earlier this year the World Health Organisation (WHO) reported a recent rise in measles outbreaks around the world; in 2018, there were 82,596 confirmed cases of measles across 47 countries worldwide, a 50% increase from 2017. This re-emergence of the disease is not only a grave cause for concern, but has also highlighted weaknesses within public health infrastructure across the globe.

It has been urged, particularly towards university students that the injection is never too late to get, and could save hundreds of lives.