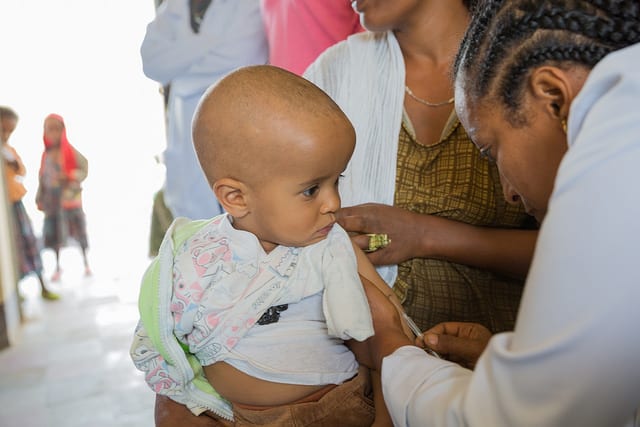 This month the World Health Organisation (WHO) reported that in 2018, there were 82,596 confirmed cases of measles across 47 countries worldwide, a 50% increase from 2017. This re-emergence of the disease is not only a grave cause for concern, but has also highlighted weaknesses within public health infrastructure across the globe.

Measles is a highly contagious viral infection transmitted via droplets from the nose, mouth, or throat of an infected individual. In addition to the characteristic rash, symptoms of measles include a high fever, a runny nose, and bloodshot eyes. Babies, young children, and immunocompromised people with measles infections are particularly vulnerable to fatal complications such as pneumonia and encephalitis — the swelling of the brain.

In recent years outbreaks of measles have been declared in countries across Europe, Africa, Asia, and the Americas. Experts are attributing this worldwide resurgence of measles to complacency, collapsing health systems, and the dissemination of false information by anti-vaccination groups.

The Philippines is currently grappling with a series of severe measles outbreaks. Over 130 people — mostly children and unvaccinated people — have died, while 8,443 others have fallen ill. The government has blamed the outbreaks on decreased vaccination rates, caused by a recent controversy surrounding Dengvaxia, a vaccine being used as part of the government’s vaccination campaign against dengue fever.

In November 2017, the manufacturer of Dengvaxia announced that the vaccine may have risks for those with no previous exposure to the disease. Whilst other countries adjusted their anti-dengue programmes accordingly, the news caused an eruption of public outrage and political chaos in the Philippines. In December 2017, the government’s anti-dengue campaign was terminated and both the Department of Justice and Public Attorney’s Office filed negligence and corruption cases against the government.

Heightened anxiety surrounding vaccines following the Dengvaxia scare has seen vaccination rates across the Philippines plummet, which is considered to be the main reason for the current measles outbreaks. A study carried out by The Vaccine Confidence Project found that in 2015, 93% of those surveyed ‘strongly agreed’ that vaccines are important. This number dropped to just 32% in the same survey carried out in 2018. In a recent television appearance addressing the current measles pandemic, President Rodrigo Duterte warned of the fatal complications of the disease and pleaded that parents vaccinate their children.

In 2018, a report by the WHO European Region stated that measles had killed 72 people and over 82,000 had contracted the disease. Despite reports that immunisation rates amongst children are at an all-time high in Europe, experts warn that such reports can often mask immunisation gaps at sub-national levels. These clusters of unvaccinated individuals allow the measles virus to persist within a population. They pose a particular risk to those who cannot be vaccinated, such as young babies and the immunocompromised, who include HIV-positive individuals or those receiving chemotherapy.

“Each and every preventable death is unacceptable to me. And these numbers should alarm us all,” said Vytenis Andirukaitis, the European Commissioner for Food and Health Safety. Andirukaitis warned that “increased distrust, misinformation, a fear of possible side effects, and increased complacency about the benefits of vaccinations are all sadly playing a part.”

Aided by social media and right-wing populist groups, the growth of anti-vaccination movements across Europe and the rest of the world concerns many public health officials. Facebook has come under fire from health experts for not doing more to curb the spread of false information by so-called ‘anti-vaxxers’ operating in closed groups on the site.

One such group is Stop Mandatory Vaccination, which currently has over 155,000 members, and claims on their website that “vaccines are full of poison.” Experts worry that these undiluted echo chambers are playing a major role in the rising distrust of vaccines, and WHO have recognised vaccine hesitancy as one of the ten threats to global health in 2019. 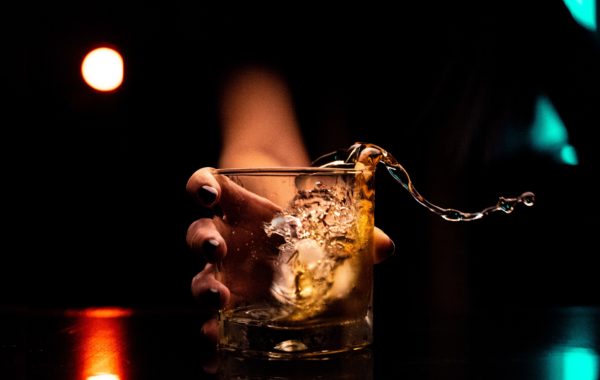