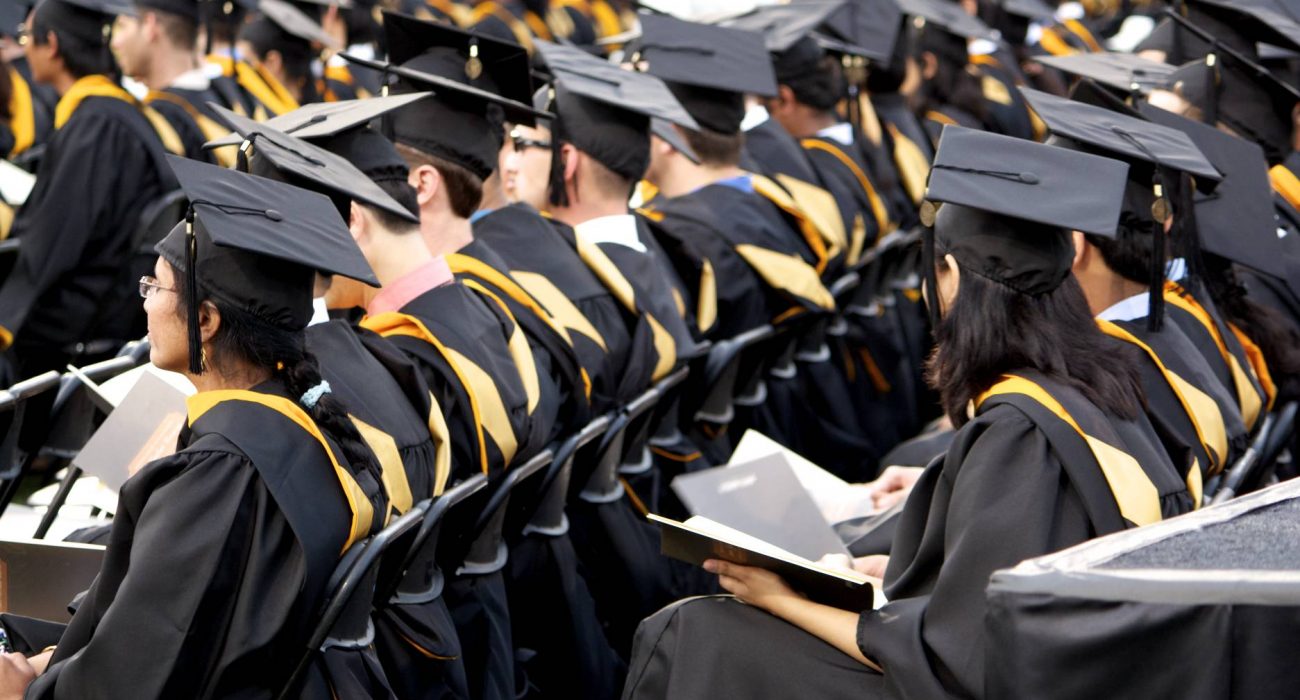 The number of first-class degrees being awarded on the most popular courses at the University of Manchester has increased significantly, in some cases by almost 400% over the last decade.

An investigation by The Mancunion shows that in the last ten years, the number of top grades being awarded has jumped, amid concerns that so-called ‘grade inflation’ is lessening the value of degrees across the country.

Grade inflation occurs when universities award a high amount of top degrees to their graduates. Universities are independent in awarding their grades and can, therefore, award as many first-class degrees as they like.

It’s the first time the University’s grade inflation has been broken down by course. Figures show that in all but one of the ten largest courses, the number of firsts awarded has increased.

The University says it’s confident the degrees it awards reflect “the hard work and dedication” students put into their studies. 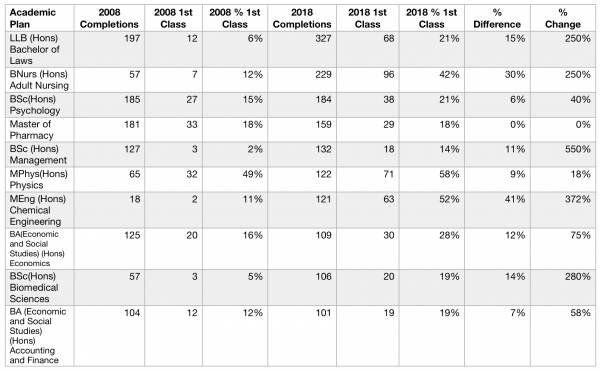 Grade inflation on the largest courses, obtained by The Mancunion through Freedom of Information requests

Chemical Engineering, which has become increasingly popular since 2008, has seen an almost four-fold increase in the number of firsts awarded – from 11% in 2008 to 52% in 2018. This means that over half of those who graduated from the Chemical Engineering course in 2018 did so with a first-class degree.

Adult Nursing students also graduated with a high amount of firsts when compared with ten years ago. In 2018, the percentage of first-class degrees awarded was 42% – a 250% percentage increase on the amount awarded in 2008.

According to Times Higher Education, the University of Manchester awarded 30% of graduates a first-class degree in the 2016/17 academic year, with over 80% of students awarded either a first or an upper second-class degree.

Higher education regulator, the Office for Students, last year warned that universities must take urgent steps to tackle grade inflation. At the time, Chief executive Nicola Dandridge said it was “fundamentally important – for students, graduates and employers – that degrees hold their value over time.”

The Office for Students are supposed to ensure that grades maintain their value over time, and questions are now likely to be asked about how the University of Manchester seeks to tackle spiralling grade inflation and an upward trend in grades awarded.

Critics of grade inflation argue it makes it difficult for genuinely outstanding candidates to shine through, and harder to distinguish between those who have a first-class degree and who are really first-class graduates.

Eduard Krkoska, who graduated from the University of Manchester last year with an Outstanding Academic Achievement Award for Economics, has an interest in grade inflation.

He told The Mancunion: “This is shocking but not surprising. Looking at the programme I have just graduated from, the BA in Economics, the proportion of students graduating with a first has gone up by 75% between 2008 and 2018.

“It would be foolish not to believe that the value of grades in the job market has decreased. With over a quarter of the graduates on the programme coming out with a ‘top’ degree employers now have to go through that much more effort to find out which are the best and brightest.”

Kieran, a second-year Physics student, told The Mancunion: “Physics is a hard degree and it takes a lot of effort but you’ve got to be talented – 58% of people getting a first sounds like a lot but you’ve got to bear in mind that the level for getting into Physics is high anyway. People already have a natural talent; you’re not going to get 2 A*’s and an A [entry grades] without being good and putting in the effort.”

“This shows that, as well as our teaching and learning, the additional opportunities we provide for students during their time with us make them stand out from the rest upon graduation.”