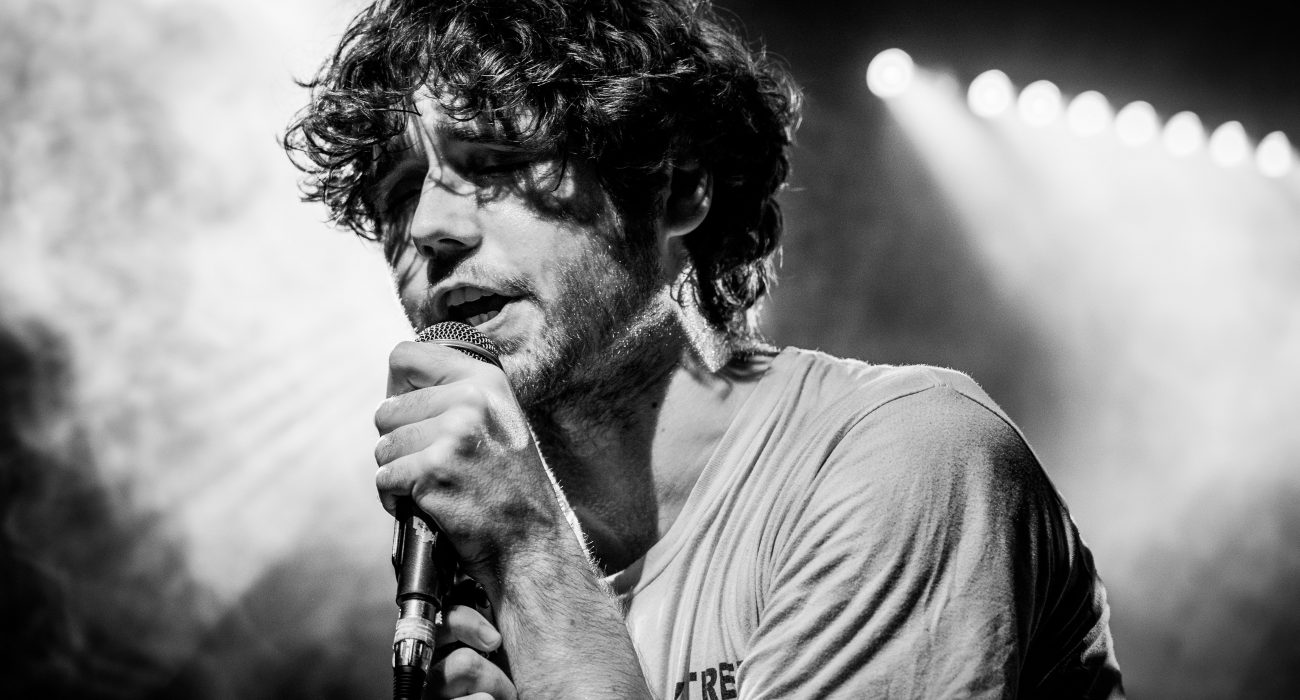 Rock outfit Filth took to the stage at Jimmy’s Woof Woof Stock to take part in a fundraising gig in aid of the charity, Support Dogs.

Hailing from Stoke, the fractious and frenetic four-piece Filth really brought something to the space downstairs at Jimmy’s. Although the crowd was slightly modest, they immediately had everyone transfixed, keeping the audience hooked from the minute they walked on stage to the minute they left it.

Kicking off the show with the riotous ‘Tongue To The Ulcer (10 Steps)’ the pounding kick drums and clashing guitars instantly had the crowd engaged. The immense energy of the track heard in the recorded version, Filth were able to play perfectly to the cramped basement of Jimmy’s; bringing mounds of energy without overpowering the small venue.

Filth’s impressive lyricism is dashed with heavy political tones and cries of disillusionment, but this is thankfully a juxtaposition to their otherwise distinct punk tinged riffs. The sound alone permeates the space with a powerful defiance. The room undoubtably is filled with a sound that never quite dissipates, as Jack Melvin’s engraved vocal rise through the climactic ‘Magic Money Tree’. This track reaches new heights when paired with a longer, if not ever so slight indulgent, outro.

What was apparent from seeing Filth live was how water-tight the band sounded. Without sounding overly rehearsed, the band were so complimentary to each other’s sounds: Filth sounding like one unit as opposed to four individual musicians. It’s the small details in the quality of sound like this that shows must how much potential Filth have.

Explosive track ‘Tangerine Dream’ closed Filth’s set. Despite being a short set, the band more than proved themselves as one of the most exciting new punk rock acts that everyone should be keeping an eye on right now.