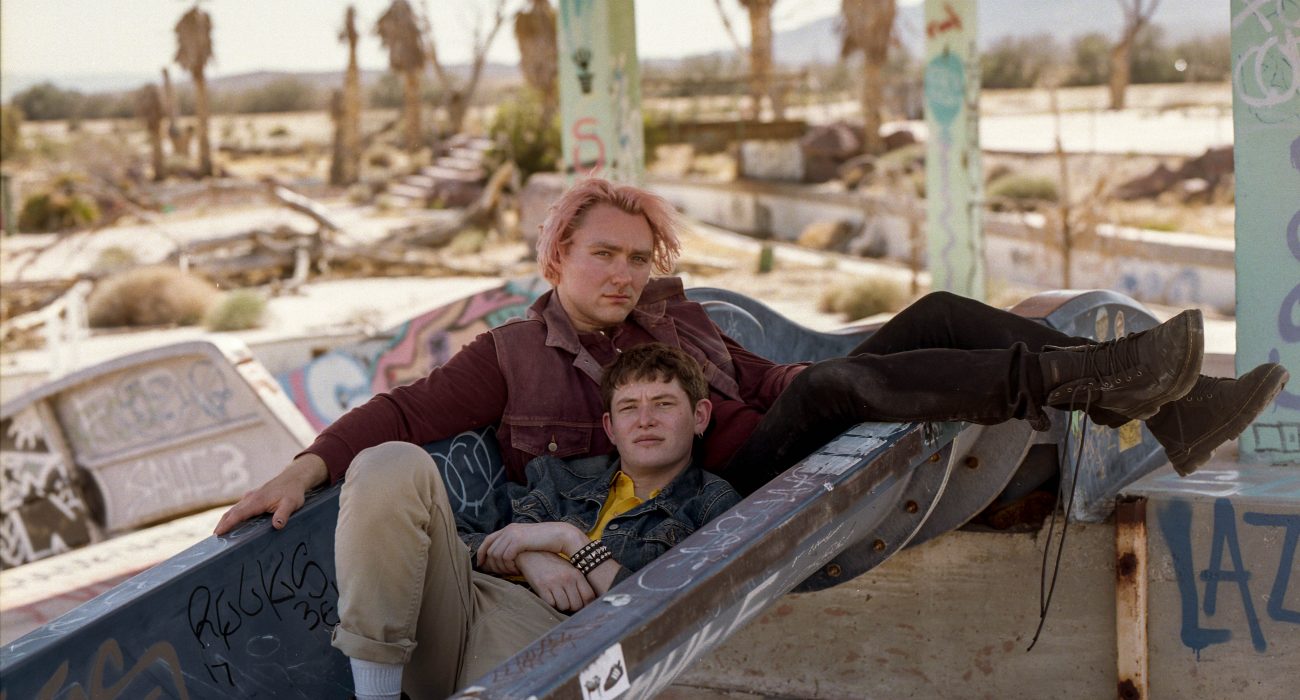 Two years after their shoegaze-influenced second album Nothing Yet and one year after drummer-cum-vocalist Nicholas Rattigan’s recent solo effort A Different Age, under the moniker Current Joys, the Nevada-based alternative duo Surf Curse have returned with Heaven Surrounds You, perhaps their most mature and most sonically interesting album to date.

The band has changed sound somewhat over the course of their relatively short career. They began with an EP entitled Sad Boys in 2013, a time capsule of sorts of mid-2010s’ indie rock – loud, angsty and somewhat juvenile – and some of the songs from this release still permeate their live sets to this day, the most notable being ‘Forever Dumb’.

This style was then further enhanced in their debut release, also released in 2013, Buds. Perhaps their most popular album, it was stacked head-to-toe with surf-punk anthems that managed to be loud and aggressive but had the accessibility of any pop album.

Next came the aforementioned Nothing Yet, harkoning back to shoegaze bands of the early-90s, but also keeping their pop-yet-punk style from the previous album.

It’s no surprise then that they have once again developed their style, this time taking an even more pop-adjacent route, with many of the tracks on the record not sounding too dissimilar to something that could be heard on mainstream radio.

This song then leads into a selection of previously released tracks – ‘Labyrinth’, which was first played as an untitled track in an online live session, ‘Disco’, the lead single from the album and ‘River’s Edge’, first played in another online live session. ‘Labyrinth’ and ‘Disco’ follow a similar style to the opening track on the album, but remain easily distinguishable from one another; this creates a cohesive sonic experience, whilst still not sacrificing creative songwriting.

‘River’s Edge’ is the first of the more reflective tracks placed on the album, and demonstrates a more ambitious approach to song structure than shown on their previous releases. There is a more grandiose feel to the instrumental, particularly in the chorus, and it is also a much slower, ballad-esque song in general, showing less of the loud angst and more of a feeling that the band has grown up. This is also perhaps more obvious when looking at the song titles and the reasons behind them – the band has said that these are in reference to some of the films that had shaped them in growing up.

In keeping with this motif,  ‘Midnight Cowboy’ feels, appropriately, like the soundtrack to a coming-of-age film. This track is also the first on the album to feature Rubeck on lead vocals, and shows off some of the Americana influence in Heaven Surrounds You. ‘Safe’ also taps into the similar coming-of-age sound as a song centred around self-imposed isolation and Rattigan’s own problems with anxiety.

The most sombre song on the record, ‘Hour of the Wolf’, appears to be a reflection on the loss of a person from the narrator’s life, presumably a lover. In this sense it seems to be borrowing elements from the eponymous track from drummer Rattigan’s solo album A Different Age.

‘Dead Ringers’ follows and is a disappointing moment on the album – managing to present Surf Curse’s charming sound in a way that feels annoying, with an overly simplistic chorus and repetitive song structure. ‘Memory’ is another weak point, with Rubeck’s strained voice in the chorus making it sound like he is desperately trying to fit in his lyrics to the rhythm of the instrumental, but this is the last of the disappointing tracks on Heaven Surrounds You.

‘Opera’ is the only acoustic song and beautifully deals with the narrator being frightened of losing those close to him. This contrasts with the next song, ‘Trust’, which sounds like a New Order dance track without the synths; take that as you will.

The album closes with the song ‘Jamie’, a sweet, romantic piece, led by Rubeck and dedicated to his girlfriend. The lyrics repeated towards the end of the track – “I love the people in my life, all my friends keep me alive” – which is supported by Rattigan’s decidedly more outwardly emotional delivery, hammer home the feeling that Surf Curse have truly grown up.

Overall, Heaven Surrounds You is a reflective and in many moments beautiful record, which shows how far the band have come – dabbling in new instrumental concepts and featuring less of the angsty lyricism that previously may have alienated an older audience.