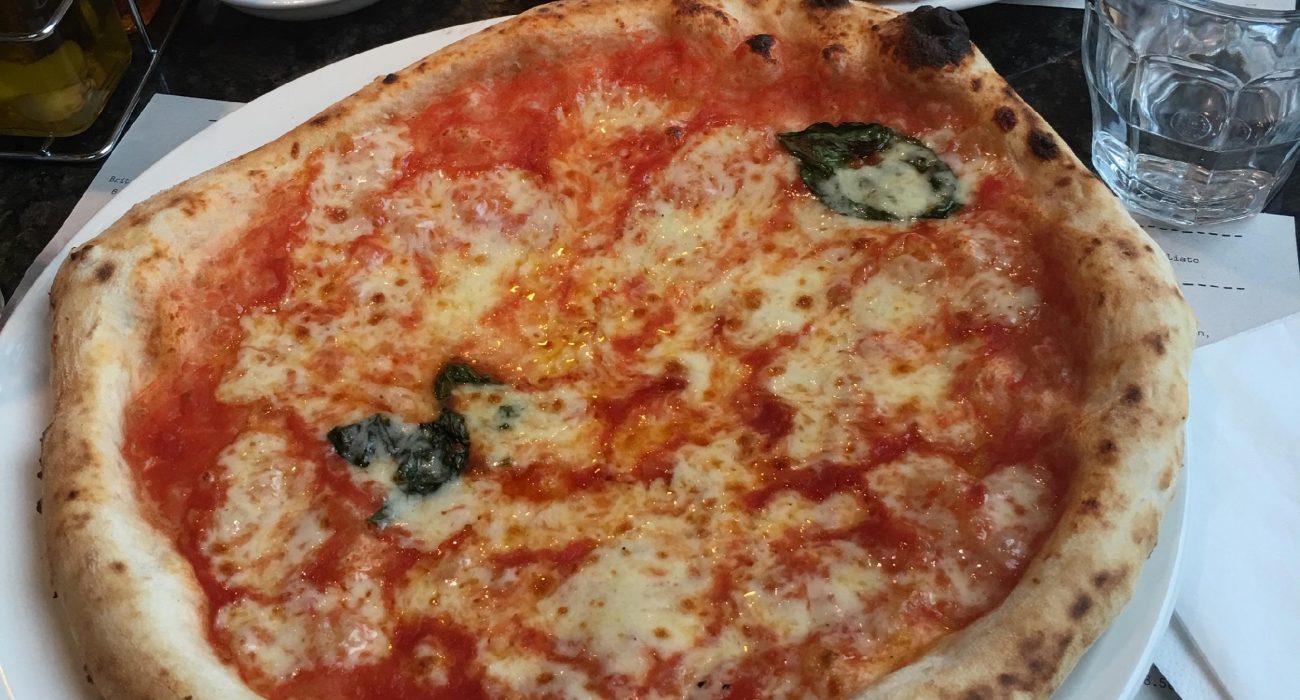 This September saw cult Manchester pizza joint, Rudy’s, challenged by Southern intruder Franco Manca. For a taste of Southern Italy in drizzly Manchester, either is a solid choice. Both restaurants promise quality dough at competitive prices, but in this new spin on the North-South divide, which prevails? I tried out both in an effort to decide.

It seems only right to begin with Rudy’s, Manchester’s original sourdough pizza hub. Manchester now boasts two branches, the first in Ancoats and a second on Peter Street. The Ancoats branch has a rustic, stripped back vibe, very cool and oh-so Italian. Whilst I visited on a midweek lunchtime, finding a quieter atmosphere, I’m told it picks up in the evenings, hosting good tunes and cheap drinks.

Now for the food. In the interest of fairness, I ordered a margherita in both restaurants. A humble topping but a crucial weapon in any pizzeria’s arsenal. At Rudy’s, this will set you back £6.50, and is complete with basil, parmesan and extra virgin olive oil, as well as the staple tomatoes and mozzarella. 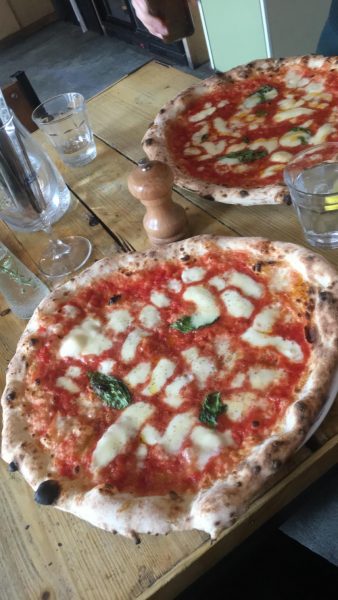 PROS: Decent Neapolitan dough, soft yet crisp. Quality ingredients and a strong tomato base with plenty of garlic. The pizza menu is extensive, with lots of choice aside from the classics. While I didn’t sample one on this occasion, you can secure yourself an Aperol Spritz for £5.90, a competitive price for the trendy Italian aperitif. A cheap Aperol is always a win in my eyes.

CONS: The restaurant itself can feel a little dark and bare. Rudy’s doesn’t cater for Gluten Free friends, which is a shame and certainly something that could be improved. Finally, a minor yet crucial criticism: the chilli oil offerings for me didn’t quite do it. Not enough kick.

Franco Manca, originating in London and boasting approximately 50 branches, is certainly the ‘big dog’ in this competition. I was therefore expecting a more underwhelming, ‘standard’ experience than the more independent character that Rudy’s offers. However, I was pleasantly surprised by the atmosphere and décor at the new Franco Manca in Piccadilly Gardens; bright lights big city, eh?

I was equally pleased by the menu which, although more streamlined in its topping offerings than Rudy’s, also offers alternative mains, as well as weekly specials. Again, you can eat cheaply, with a margherita for £6.75 and Aperol weighing in at £5.50. If you visit in the next fortnight, they have an opening promotion on with all pizzas at £5, including specials. Not the capital prices I expected from this London-born hotspot! 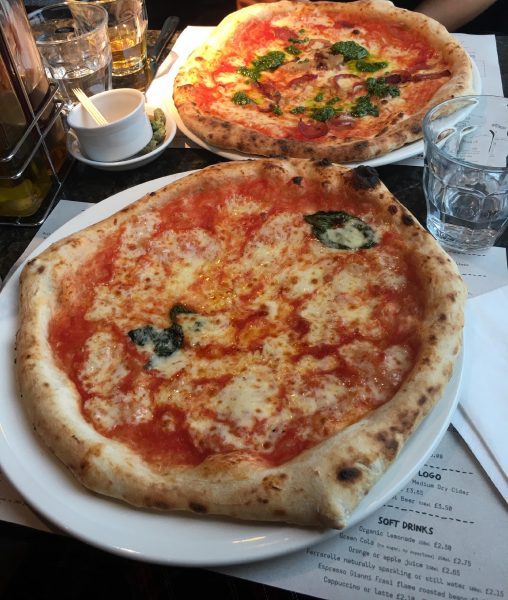 PROS: At Franco Manca, you’ll find a gluten free base, so everyone is included. The specials menu was notable and my friend’s veggie special, involving caramelised onion, wild mushroom and fresh pesto, was extra tasty. Their chilli and garlic oils also deserve a special mention; they had the ‘kick’ I was looking for.

CONS: Although the veggie special was very good, the margherita at Franco Manca didn’t quite do it for me. The dough was nothing to be complained at, but the tomato base lacked flavour and there wasn’t quite enough of it. The mozzarella was fairly standard in contrast with the fresher offerings at Rudy’s. Overall, I unfortunately found myself overly reliant on that infamous chilli oil to compensate.

I can’t complain that Manchester is now host to another slice of Italy. I’m definitely not put off Franco Manca and would return to sample more of their toppings and specials, but their margherita just wasn’t up to scratch. This being the cornerstone of any good pizzeria, the North takes the victory in this battle. Although it had room for improvement, when it comes down to the raw materials, 0161’s notorious Neapolitan gem Rudy’s remains the ruling champion.