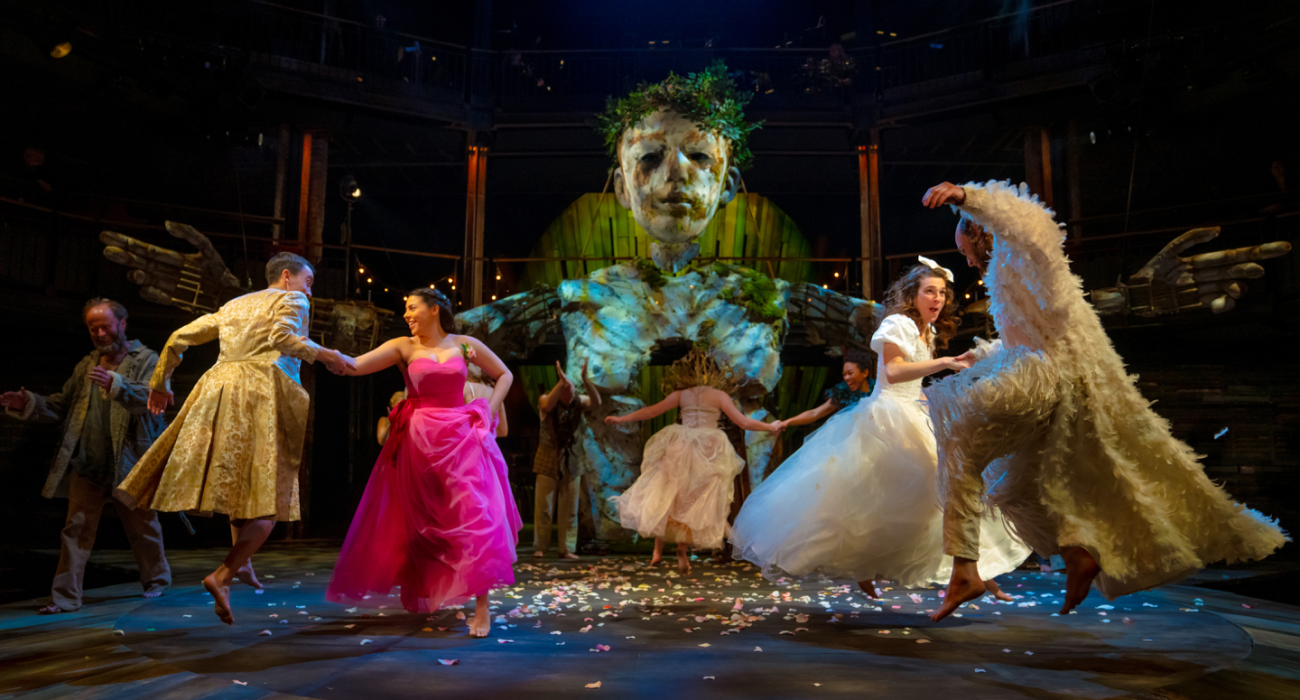 The Royal Shakespeare Company’s production of As You Like It was nothing less than spellbinding. The themes of wonder were mirrored by the enchanting sets, and the recurring idea of freedom was well conveyed through the bold performances of all the actors.

Shakespeare plays may be held in high regard, but, nonetheless, aren’t always easy to sit through. It takes a lot of concentration to navigate the archaic English and complex, intertwining plot lines, but director Kimberley Sykes managed this well. The effortless scene-changing and flare of modernity she added made for a clear and comical performance.

In fact, the comedic aspect of the play was a stand-out point. The elements of audience participation and fourth-wall breaking had the whole theatre engaged. In the scene following the banishments of Rosalind (Lucy Phelps) and her cousin Celia (Sophie Khan Levy) and the fleeing of Orlando (played by understudy Aaron Thiara) from their homes, the entire stage transformed. The house lights came on, the background curtain dropped to reveal ladders and props, and actors and backstage crew rushed onstage for outfit changes. It was bizarre and original – and it completely worked. The audience was laughing whilst appreciating the creativity of it all before diving into the story again.

In addition, Sandy Grierson’s portrayal of Touchstone the fool provided comic relief and nice breaks from the other characters’ ordeals. His eccentric outfits of brightly coloured tartan and glitter were a fun contrast to the more muted tones of the other actors, making his presence onstage unmissable. Even more so because of his performance.

Whilst Grierson’s comic aspect highly added to the play, the dynamic between Phelps (Rosalind) and Levy (Celia) was outstanding. They dominated scenes they were in together because of their witty and fiery chemistry. Their relationship onstage was so convincing, perfectly depicting a close, animated female friendship. The audience couldn’t help but chuckle at their girlish discussions about love, especially during Rosalind’s outbursts expressing her heated feelings for Orlando. Whilst the pair provided many opportunities for laughs, their depiction of closeness was equally heartwarming and inspiring.

Simply, The Royal Shakespeare Company has its reputation for a reason. They take classic performances and adapt them in unique and forward-thinking ways without drastically diverging from the original piece. This adaptation was no exception, and I look forward to seeing the show progress and continue to receive the praise it deserves.

Tags: As You Like It, Lowry, Royal Shakespeare Company, RSC, shakespeare, The Lowry, Theatre