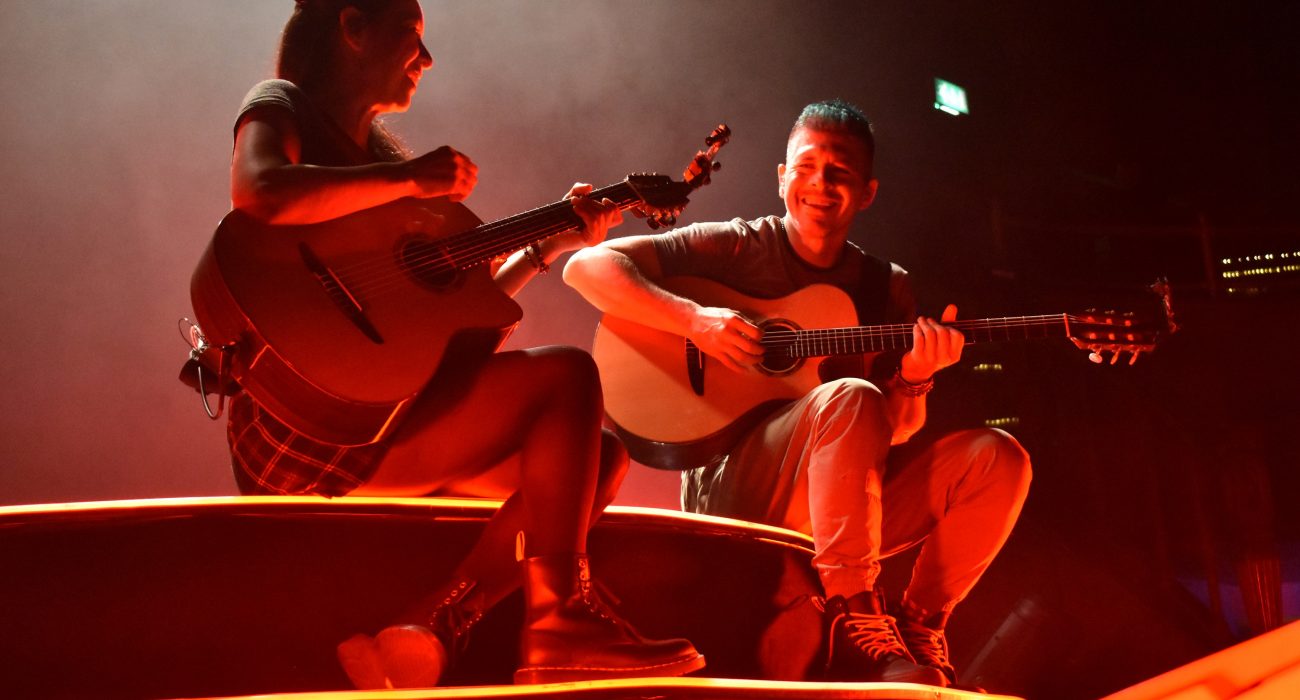 In conversation with Rodrigo y Gabriela

Half an hour before their Albert Hall show, Rodrigo y Gabriela are laid back on a sofa backstage, explaining the origins of their style.

“First, it was out of necessity”, Rodrigo explains. The pair stuck together after leaving another band, moved to Dublin with neither money nor good English language skills to busk on the streets, and needed to keep each other’s musical interests satiated.

Never has there been a more appropriate band title than Rodrigo y Gabriela – and not least because those are their names. Each of the pair brings their own style to the table, Gabriela flamenco and Rodrigo rock, a fusion handled with the balance of a tightrope walker blindfolded.

Sticking to this formula has brought them success for almost twenty years, adding unique Latin flavour to rock songs and bringing flamenco to the big stage. From Dublin, the pair ground their way to number 1 albums, Hollywood soundtracks, and White House performances for the Obama administration. “We were so busy, we didn’t know the magnitude,” says Gabriela. Clearly, their work rate also remains unchanged – this show is their 50th this year, with 33 yet to come.

“Really!” exclaims Rodrigo upon hearing this. “We work hard, we love it. Sometimes it’s tiring, but we love sharing our music with people.”

“We’re lucky that we get to go to so many cool places,” Gabriela adds. Manchester included? “Definitely! Manchester has a great place in our hearts.” So it should – their first widely available album, re-Foc, was partly recorded here, and so too, their first live album, after receiving a particularly positive reception at the Academy. 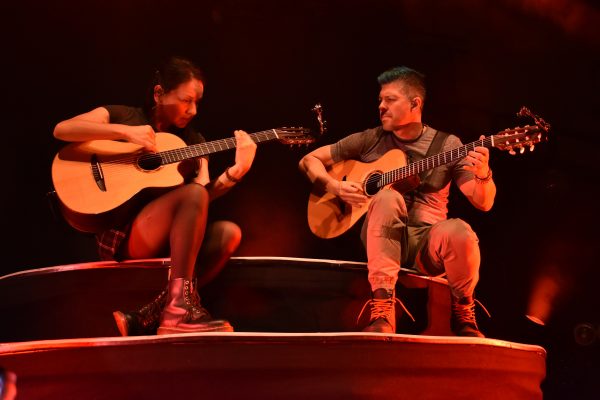 The duo had performed at Albert Hall once previously, Gabriela in a wheelchair having broken her foot beforehand. Thankfully, there were no such issues this time, leaving the pair free to wander and discuss their writing processes and touring experiences between groups of songs.

Onstage, Rodrigo is a resourceful musician, with a keen ear for texture, handling complex passages with agile finger-work. Gabriela, meanwhile, is a tub-thumping tour-de-force, driving the music forward with hand-mangling slaps and percussive chord slams. “Don’t worry – we put our hands in ice buckets after every show,” she says.

Their latest album, Mettavolution, feels like a natural progression from their previous work, but diverges in offering an incredibly elaborate, carefully constructed cover of Pink Floyd’s 20-minute epic, ‘Echoes’. “We were just jamming the piece,” Gabriela says, “at the beginning it sounded really shit, and eventually it started to grow.”

It must have grown a great deal – their minimalist interpretation of spacey ambience is the highlight of the album, ingeniously utilising unusual parts of the guitar like how Native Americans used every part of the buffalo. Rather unexpectedly, this even translates well into live performance, and would have been truly captivating but for the venue’s noisy AC whirring overhead.

Whilst some of their subtler tunes become rather jumbled into the set-list, the more meaty, powerful songs receive the best reaction – ‘Tamacun’ is a particular highlight: pacy, complex, yet truly abidance.

When I asked the duo backstage which song is their favourite to perform live, they both shouted “Terracentric,” as perfectly timed as their performance itself – their open joy of performing the energetic piece is palpable, smiles beaming across their faces as the crowd clapped along.

Rodrigo y Gabriela manage to bridge the new and traditional, the intimate and enthusiastic, and the improvised and perfected – this impressive display of craft and musicianship is not one to be missed. 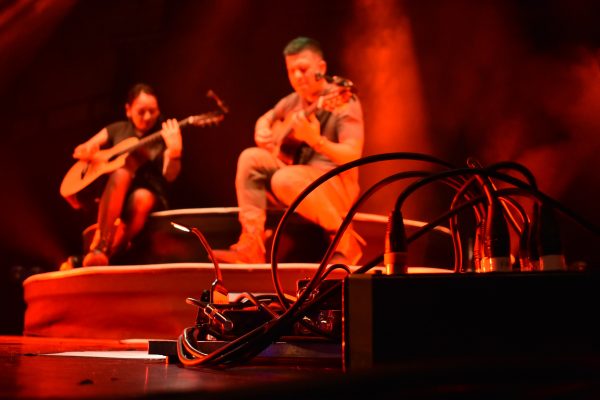