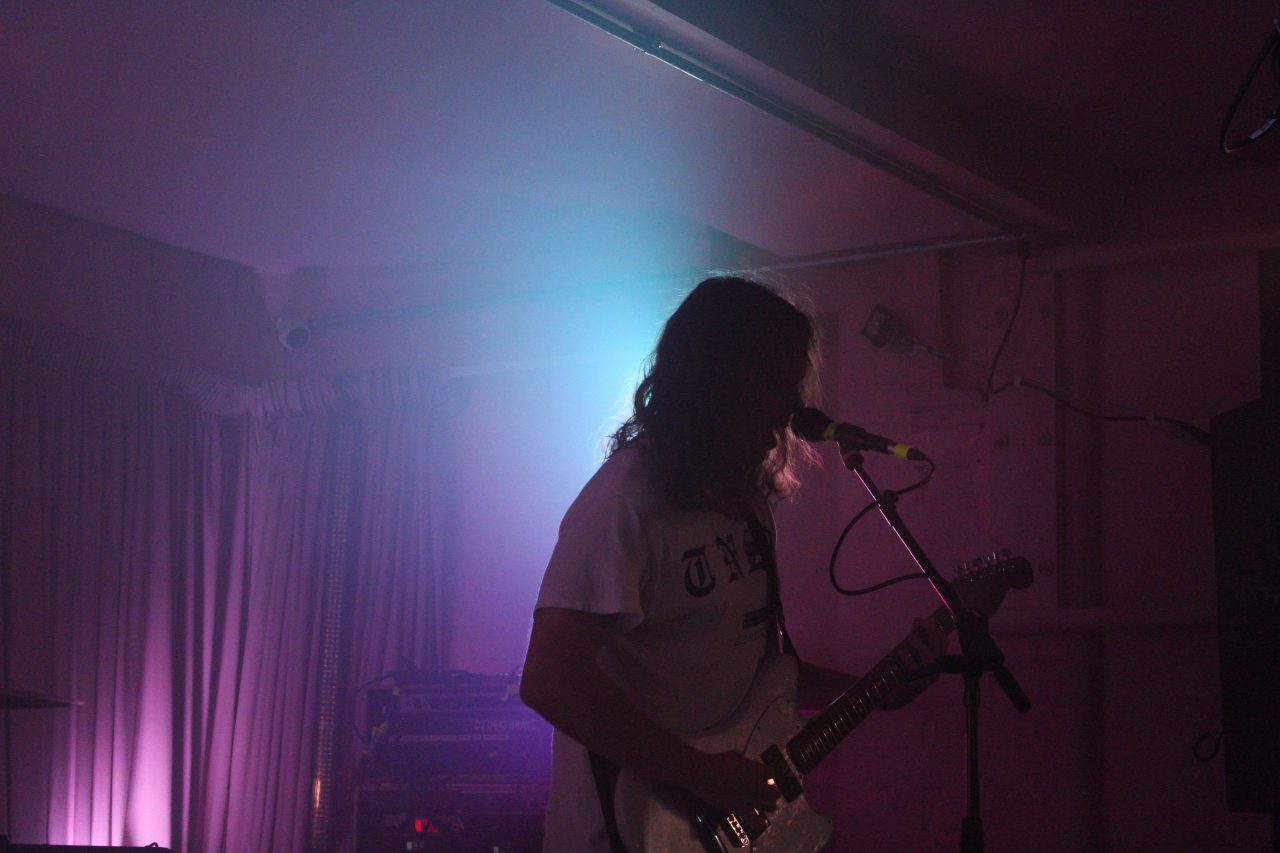 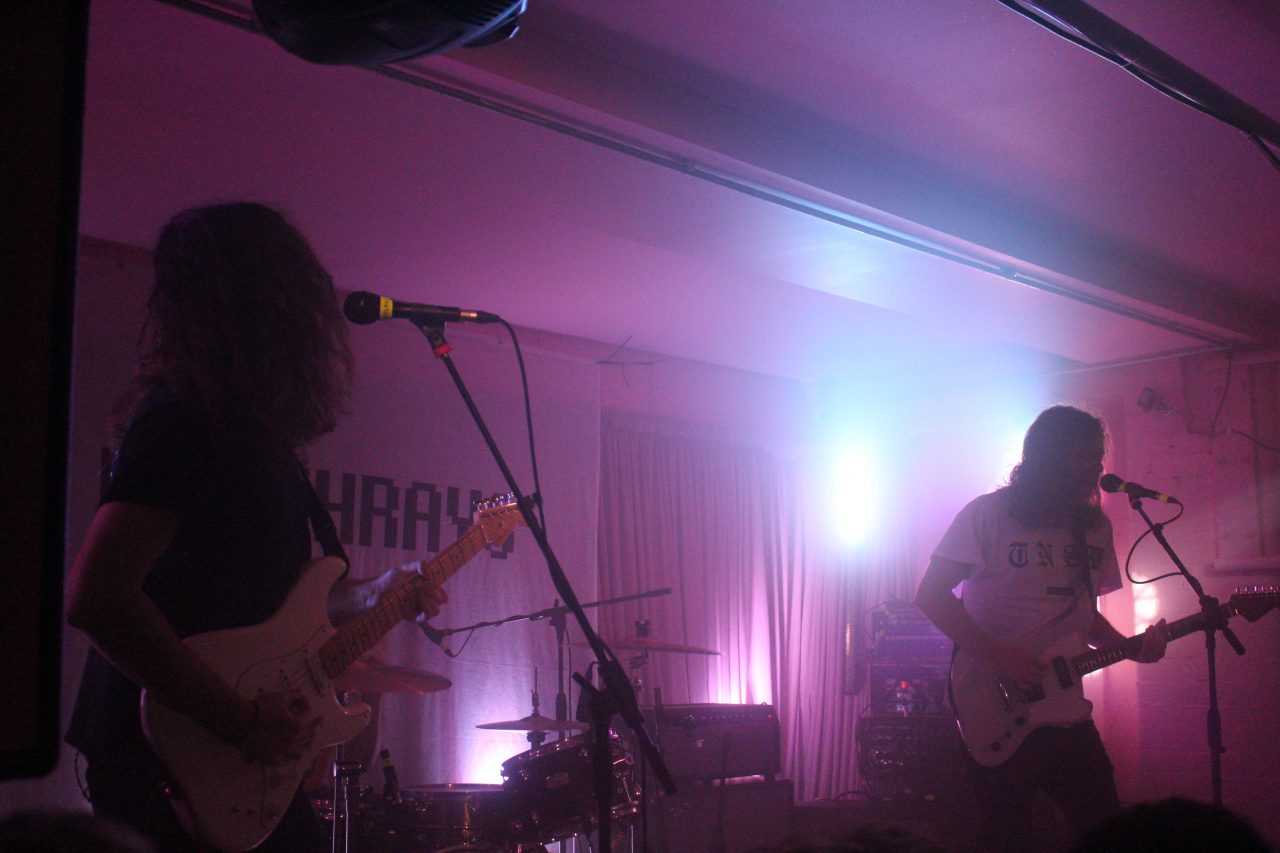 Hailing from Brisbane, Australia, DZ Deathrays are a standout of the currently flourishing Australian music scene. Touring off the back of recent album, Positive Rising: Part 1, they played at YES on the 4th October.

The band is composed of a trio who took to the stage, playing the drums, rhythm guitar, and lead guitar. However, rather than having a bassist involved in the performance, they used a track instead to play the bass parts of their songs throughout. Vocalist Shane Parsons and guitarist Lawrence Ewbank displayed fantastic chemistry and tightness as they ripped through track after track in perfect unison as drummer Simon Ridley hammered away.

Given what they brought to the stage, the band did a fine job, but their apparent technical ability felt less impressive given the absence of a bassist. There are permutations of touring of course, especially for an Australian band coming to the UK, but it was nonetheless disappointing.

Musically, the band pulls a lot of inspiration from fellow punk contemporaries such as FIDLAR, or PUP, shredding through punk riffs at a high velocity. Standout tracks such as longtime fan favourite ‘Gina Works at Hearts’ or ‘Snakes’ (from the newest album) really showcased the band’s songwriting ability at its best, weaving together intricate guitar licks and catchy vocals. However, over the course of the gig, it felt like the band lacked variety to their performance – almost all of the tracks followed a typical punk formula.

Furthermore, the set seemed somewhat poorly mixed. Much of the band’s greatest appeal comes from Parson’s vocals and Ewbanks lead parts, however, these were both overpowered by the rhythm section, which became very repetitive over the course of the gig.

Parson’s occasional screams would pierce through an otherwise muddy mix, but for the most part, the music suffered due to the lack of dynamics. The songs played ultimately lacked an edge, and no amount of energy or enthusiasm from the band could compensate.

To the credit of the band, alongside their tightness, they brought incredibly high energy to an otherwise bland venue. The pink room at YES is most definitely unique and quirky, but ultimately lacks the personality and expression that one would find in a punk specific venue.

Nonetheless, the band’s high octane performance whipped the crowd into a frenzy – mosh pits would form at every breakdown and there were at least 3 crowd surfing incidents. It was, if nothing else, a manic and fun experience being in the crowd. The band brought a specific kind of energy that isn’t found in the current British music scene; dance-punk as a genre scarcely exists here, so DZ Deathrays definitely brought something new with their performance.

Overall, fans of the band would have thoroughly enjoyed the night. However, the performance as a whole fell flat, mostly as a result of the mixing. All the songs sounded so similar to each other as a result of the lead guitar being drowned out in the mix, and the end result was monotonous and frustrating. Although the band created a phenomenal atmosphere and played truly ferociously, it couldn’t compensate for the pitfalls on the night.

Party Like Gatsby returns to O2 Ritz after three long years with Soirée Royale – its biggest party yet!

Mogwai: “I feel our music, to the music world, is like a Louis Theroux documentary”

A deep dive into the latest track, ‘Mayday’, from Irish singer-songwriter and rising star CMAT