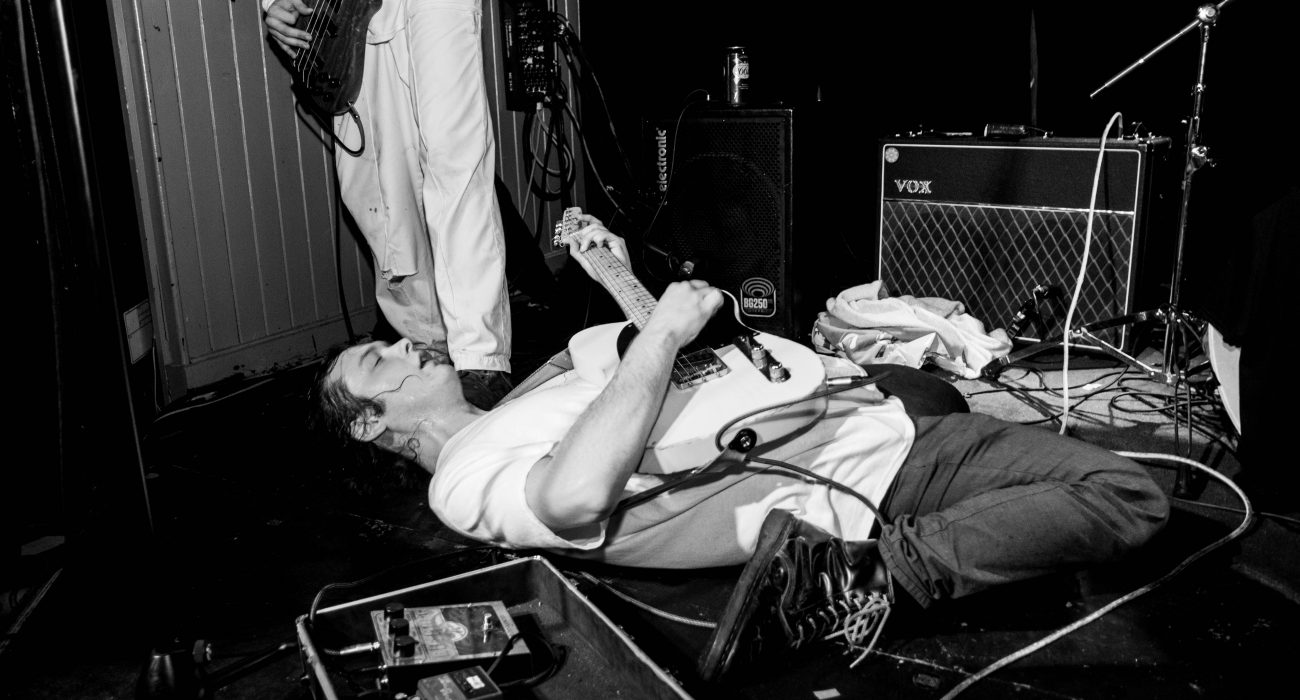 On the 25th of September a number of local bands came together to blur the lines between political statement and live music, with a special gig at Retro Bar, Manchester.

Taking place below the streets of the city, what started out as an unassuming local bands night ended up a timely comment on society in Britain today, perfectly encapsulating the dissatisfied, determined and defiant outlook of today’s youth. The supportive and collaborative atmosphere complemented the gig’s purpose of raising awareness about the plight of austerity – an issue that has severely impacted cities like Manchester in the North of England.

One of the bands performing on the night was the Stoke foursome Filth, who utilised heavy tones, bluesy riffs, and a harmonica to critique issues ranging from Brexit to Tory sponsored austerity. The raw energy and talent displayed in their live performance made for a primal experience not to be missed, with the anger and attitude of the lyrics being made clear with an enigmatic vocal delivery from Jack Melvin.

Another great up and coming political band on the bill were The Vandalis, who offered up a blues inspired mix of Post Punk and edge rock in order to shine a light on issues from sexual assault all the way to suicide and alienation in a divided country. Frontman Matt Loreti treated the crowd to Hendrix-style guitar hero antics, whilst guitarist George Wherry took on keyboard duty to close the set with a funky new original, and an explosive guest vocal performance.

Other highlights from the night came from a punked-up cover of ‘Ghost Town’ by The Specials, courtesy of YUKA TREE, and a raucous set from the ever-melodic Hurray for Tuesday.

The bands showcased at the event remain committed to helping reduce inequality in the country. Years of austerity have been a huge burden on local music scenes up and down the country, with record numbers of venues closing in recent years. This gig shows that from hardship comes expression, and DIY punk is not dead – in fact, it is quite to the contrary.

The calibre and political posturing of these emerging bands shows that there is a whole new generation of socially conscious bands who are only just getting started.