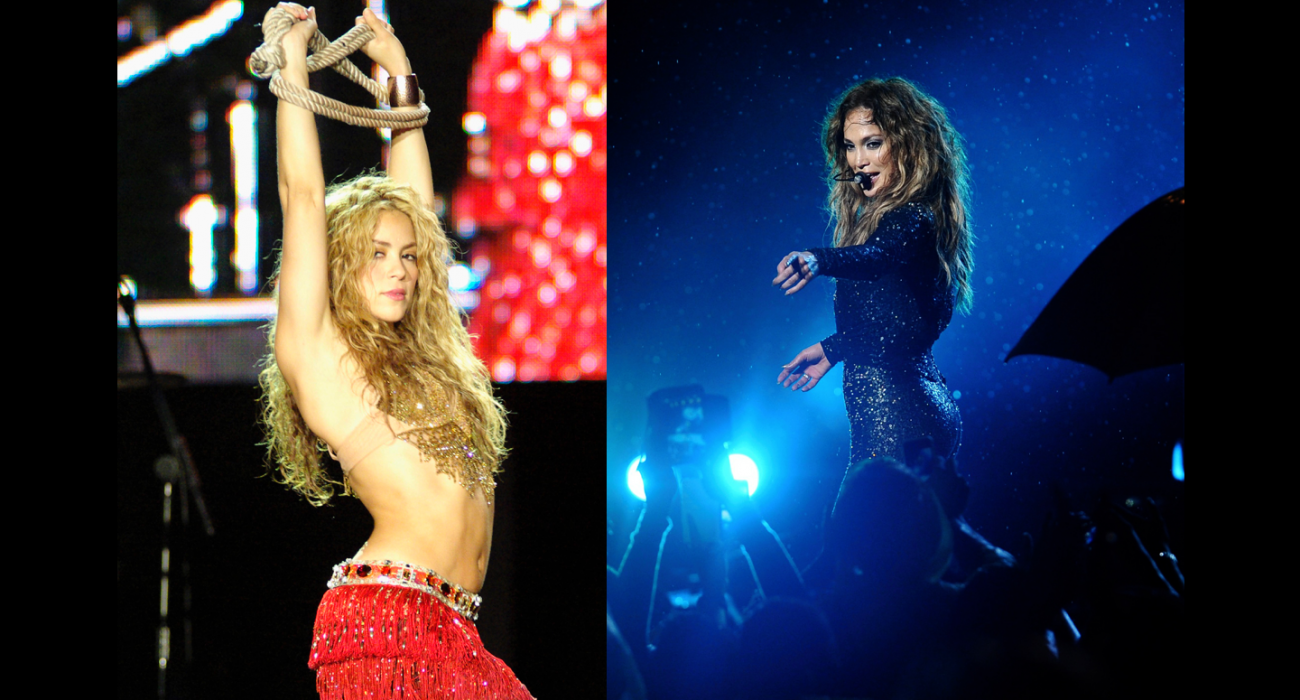 Choosing Jennifer Lopez and Shakira to headline the Super Bowl is a monumental decision. First of all, we are not getting one superstar, but two! Two for the price of one, except one ticket will set you back thousands of dollars…

J-Lo and Shakira are not just singers but also artists. They write and produce their music, they’re businesswomen, TV judges, dancers, activists, and two of the greatest performers of recent years. J-Lo is, of course, also an actress, most recently seen in Hustlers.

Whilst J-Lo hasn’t had a huge hit in a while, she’s still killing it in business, film and TV. Shakira, though, which may surprise some Anglophones, is still selling millions of (Spanish-language) records. In fact, she’s been the most viewed female artist on YouTube for the past two years! These two women are defying the odds and have stayed ‘relevant’ in a society that expects women in the spotlight to fade away once they hit 40…

The Super Bowl will be played in Miami, the Hispanic cultural capital of America, so it makes sense to have two Latinas headline the halftime show. But let’s also talk about the political implications.

President Trump has a long history of racism, especially towards Latinos. Shakira is Lebanese-Colombian, and J-Lo is the daughter of Puerto Ricans. Puerto Rico is in America, but that’s something many Americans do not know, including seemingly the President himself, as his response to the devastating hurricane that hit Puerto Rico was cold and dismissive. He went so far as to throw paper towels at them.

Both of these artists have criticised the President, with Shakira penning an essay on Trump’s Muslim Ban. During the Bush years, Shakira garnered attention for performing a song in front of a screen that displayed a hooded Grim Reaper puppeteering George Bush and Saddam Hussein playing chess. Her art has, at least partly, always been a means for her to discuss politics. J-Lo also spoke out against Trump’s immigration policy.

So, here’s another thing to add to our list of why this is monumental – the NFL have chosen two anti-Trump artists to headline the halftime show of the biggest sports event in America.

Whilst I immediately welcomed the decision to choose J-Lo and Shakira to headline the show – I’m a huge fan of both artists, having seen Shakira in concert twice – I did then question the artists’ decision to say yes.

This event will undoubtedly give them both mass-exposure and a hefty cheque. But given they’re two women who fight for progressive issues, with Shakira even being a UNICEF Goodwill Ambassador and founding Pies Descalzos foundation, the choice to associate themselves with the NFL, given their anti-black politics, is certainly an odd one. Rihanna has recently revealed that she turned down the chance to headline Super Bowl because of the organisation’s racism.

American minority groups don’t always listen to each other’s issues. You’d think J-Lo and Shakira would be supportive of Colin Kaepernick, Black Lives Matter, and “Take A Knee”, yet they’re now in cahoots with the organisation that punished Kaepernick for daring to stand up for the lives of his fellow black Americans.

The NFL is, of course, trying to brighten its image for instance with its partnership with Jay-Z. But this certainly looked opportunistic and superficial, with Jay-Z coming under significant fire for his dismissive attitude towards Kaepernick. Did the NFL just choose a black man and two Latin women to appear to present a facade that it cares about diversity? Perhaps. But – unlike Jay-Z – I simply doubt that Shakira and J-Lo are just doing this event for the fame and fortune, or for the prestige of headlining potentially the biggest national event in the US.

I wonder if they’ll do a Beyoncé , who famously celebrated black power and all things unapologetically black during her Super Bowl performance, and it has only enhanced her presence. Shakira and J-Lo have been given a huge platform. Let’s see what they choose to do with it.

Lastly, to the gringos veiling their racism by questioning the relevance of these two hugely successful Latina artists – à la the racists who brought up Ariel’s “red hair” to criticise Halle Bailey’s casting in The Little Mermaid, when what they really meant was “white skin” – may I remind them that the Super Bowl gave us Maroon 5 last year, and they were blander than stale, unsalted crackers, with no butter or cheese… So, cállate la boca, and let J-Lo and Shakira do the talking.