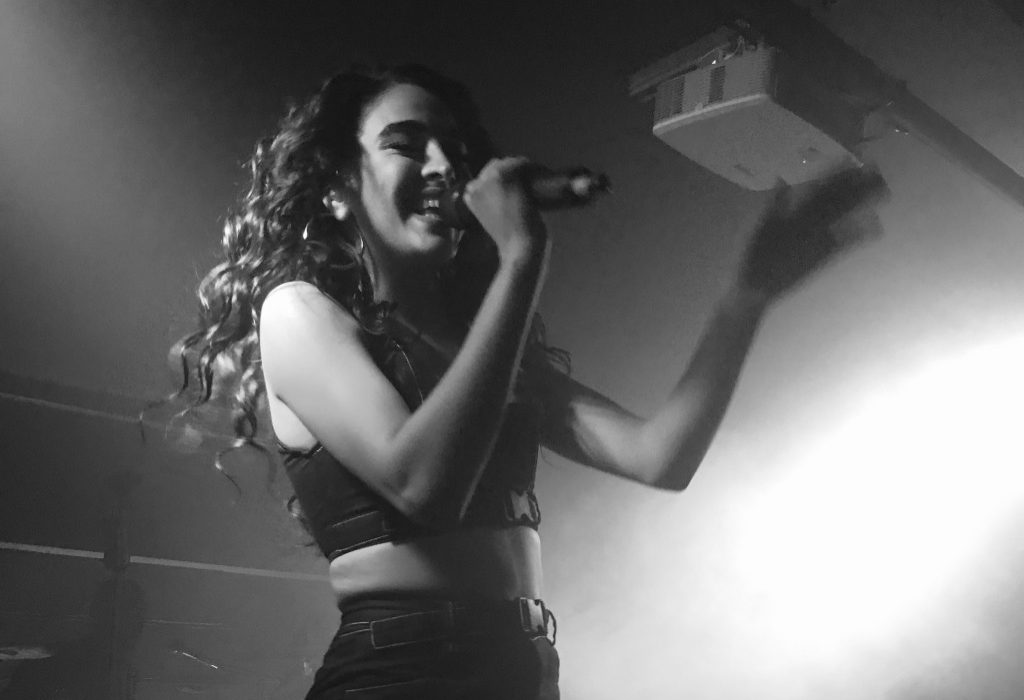 Following the release of her second EP, No Logic, last Friday, 21-year-old Kara Marni took to the stage at YES last night for the Manchester portion of her first headline tour.

An intimate yet lively crowd anticipated the appearance of the R&B/pop vocalist from London. Following a slight delay, Kara strutted on stage in a black co-ord, bright red lips and voluminous black curls to her first song ‘Move’ with an Amy Winehouse-esque swagger. Her visual aesthetic was as striking in person as it is on her social media.

From the outset, stage presence was not an issue for Kara Marni. The small venue, as well as her petite frame, somewhat contradicted the power and depth of her voice which had the potential to fill an entire arena. It is therefore unsurprising that she was asked to support Rita Ora on her tour last year. Perhaps because of the impact of her voice, the sound quality and volume were a little overbearing for the first couple of numbers. However, this was most likely due to the poor acoustics of the venue itself and this improved as the set progressed.

Lasting only forty minutes in its entirety, the set was unpretentious and fairly short but well-balanced nonetheless. Highlights included an acoustic rendition of Miguel’s ‘Adorn’, which allowed Kara’s crystalline vocals and perfectly executed runs to resonate sublimely through a captivated crowd. Additionally, her cover of MJ Cole’s garage classic ‘Crazy Love’ gave a glimpse of Marni’s musical influences and her cover of Jorja Smith’s ‘On My Mind’ acted almost as a homage to the British female R&B singers dominating the popular music scene at the moment. It didn’t matter that I was unfamiliar with her music prior to the gig since the catchy hooks of songs such as ‘Opposite’ and ‘Lose My Love’  were contagious and lingered in my head long after. Furthermore, her performance debut of an unreleased song, ‘Sweet Time’ contained a sultry dance-break that demonstrated a performance ability that covers all bases.

What was particularly impressive about the 21-year-old was her engagement both with her audience and her highly energetic band. Her infectious charisma between songs showcased her demure and witty demeanour, which was greatly endearing. Moreover, meeting Kara after the show at the merchandise stand demonstrated that she has genuine gratitude for her supporters. This audience engagement is rare to come across and shows Kara’s potential in developing a loyal and dedicated fanbase which will carry her into future success as a popular artist.

As an up-and-coming female artist in the popular music industry, Kara Marni seems to have the entire package. She has the look, the charisma and some of the most exceptional live vocals that I have experienced in a while. It is empowering to see such strong British female talent, especially at an age as young as 21. However, whilst Marni encapsulates the R&B, pop and garage style that is so popular at the moment, her music and aesthetic risks blurring into a commercial sameness that is difficult to distinguish from the likes of Mahalia, Jorja Smith and Mabel. I am keen to see if her musical output will develop into a more unique sound as her career progresses if she is to obtain the recognition she deserves. Nevertheless, I have high-hopes that Marni’s headline tour will be the first of many. 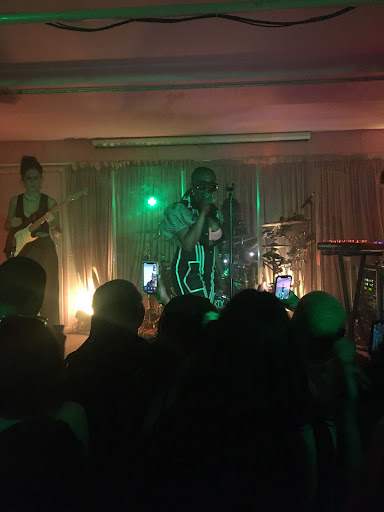