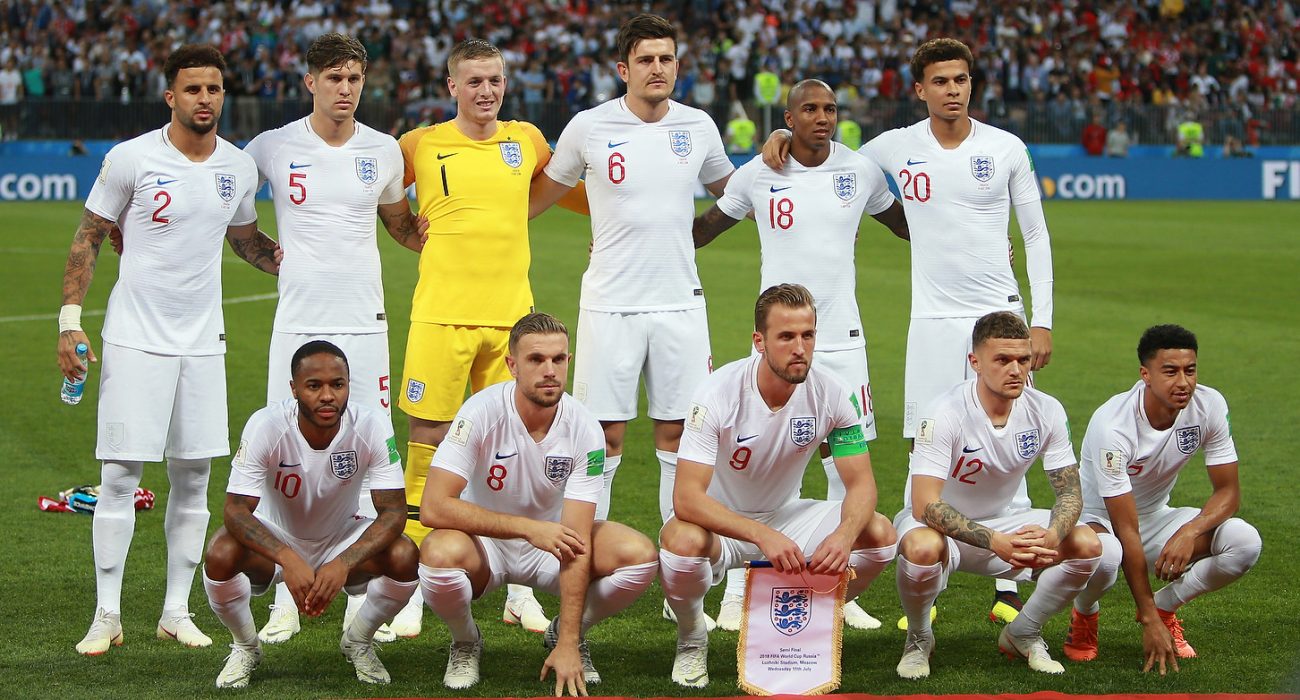 England’s 6-0 victory in Bulgaria on Monday night has been overshadowed by the despicable racism on display during the match and the knock-on effect it has had on the Bulgarian nation as a result.

The game had to be stopped twice during the first half as UEFA enacted their three step protocol for the first time. Nazi salutes and monkey noises directed at English players, notably, debutante Tyrone Mings, were seen and heard throughout the first half.

After a stadium announcement that the game would be called off if the racism continues, the first of the three strikes, a large group of Ultras dressed all in black were seen leaving the stadium. The ‘fans’, most of whom had their faces covered, seemed to be the main culprits for the abuse, but other parts of the stadium were not without blame.

The game was stopped again just before the half-time whistle but the England players did not leave the pitch, as per the conditions of the second step in the protocol, deciding to play on until half-time. They could have chosen not to come back out for the second half, but the players wanted to continue the game.

In the second half, the racist chants started again, however, the game saw no more stoppages. England performed brilliantly, given the circumstances, and kept their composure. Gareth Southgate should be proud of the way he and his team handled such a difficult situation.

Marcus Rashford opened the scoring early in the first half with a cracking solo goal before Ross Barkley and Raheem Sterling bagged braces. Tottenham Hotspur’s Harry Kane missed several big chances but finally managed to keep his incredible England scoring form alive with an 85th minute goal to go along with his three assists.

Gareth Southgate’s side said the racism they faced brought the team close and strengthened their bonds. Captain, Harry Kane, called on UEFA to impose “stronger punishments and protocols” before going on to praise the conduct of his team: “Everyone wanted to carry on and do their talking on the pitch, which I am very proud of.”

Aston Villa’s Tyrone Mings, who was subjected to the brunt of the abuse, said on Twitter that he’ll “always remember his debut as a moment where our country stood tall and stood proud in the fight against discrimination.”

This is not the first time racism has been seen in Bulgarian football. In 2011, three England players were subjected to racist abuse during a Euro qualifier, while in 2013 a banner wishing Adolf Hitler happy birthday was unfurled by fans of Levski Sofia.

Bulgarian Football Union Chief, Borislav Mihaylov, resigned after the game following pressure from the Prime Minister Boyko Borissov. The BFU said the decision was “a consequence of the recent tensions and did not reference racism.”

The Bulgarian Minister for Sport, Krasen Kralev, said the morning after the game: “A little while ago, the Prime Minister called me urgently. The Prime Minister has ordered me from today to suspend any relations with the football union, including financial ones until the resignation of Borislav Mihaylov.”

Mihaylov, a former goalkeeper who helped Bulgaria reach the 1994 World Cup semi-final, had complained before the game about Gareth Southgate’s concerns with potential racism calling his comments “offensive” and “derogatory.”

The Prime Minister himself took to Facebook to address the events of the game. “I condemn the behaviour of some of the football fans in the stadium. It is unacceptable for Bulgaria, a country historically known as one of the most tolerant in the world where people from different ethnics live in peace, to be associated with racism and xenophobia.”

Bulgarian manager, Krasimir Balakov, initially said that he did not hear any abuse during the match. He also said that the actions of his captain – who went out to speak to the Bulgarian fans at half-time – was to do with the disappointing performance and not because of the racist chanting. Balakov has since apologised, however, clarifying that his comments were meant to highlight his belief that only a minority of fans engage in racist behaviour.

Eyes now turn to UEFA to see what punishment the Bulgarian Football Union will receive. The UEFA control, ethics, and disciplinary board have opened an investigation and will be collating evidence from a number of sources.

Article 14, the part of UEFA’s disciplinary regulations specifically relating to racism, states that the Bulgarian Football Union may have to play a match behind closed doors and pay a €50,000 Euro (£43,000) fine.

Racism in football is a case where the punishment simply does not fit the crime, however. For reference, Nicklas Bendtner was fined £80,000 for showing Paddy Power branded boxers during a goal celebration. Perhaps even more ridiculously,  Turkish club Besiktas were fined £30,000 for “insufficient organisation” when an adventurous cat found its way onto the pitch.

Article 14 does have the provision “where circumstances of the case require it” to punish a nation further. This includes: multiple game stadium closures, match forfeiture, point deductions, or even disqualification from a tournament. UEFA may lean towards these to make an example of Bulgaria, especially since they forced them to use their three-stage protocol for the first time.

England will not escape punishment either. Fans were heard booing during the Bulgarian national anthem and there were not enough stewards accompanying the English fans. It will be interesting to see how the two nations will be penalised.

FIFA President Gianni Infantino recognised that this is a problem that football alone cannot tackle: “We will need the support of public authorities to identify and punish the culprits but we also need to think more broadly on what we can do to fix this.”