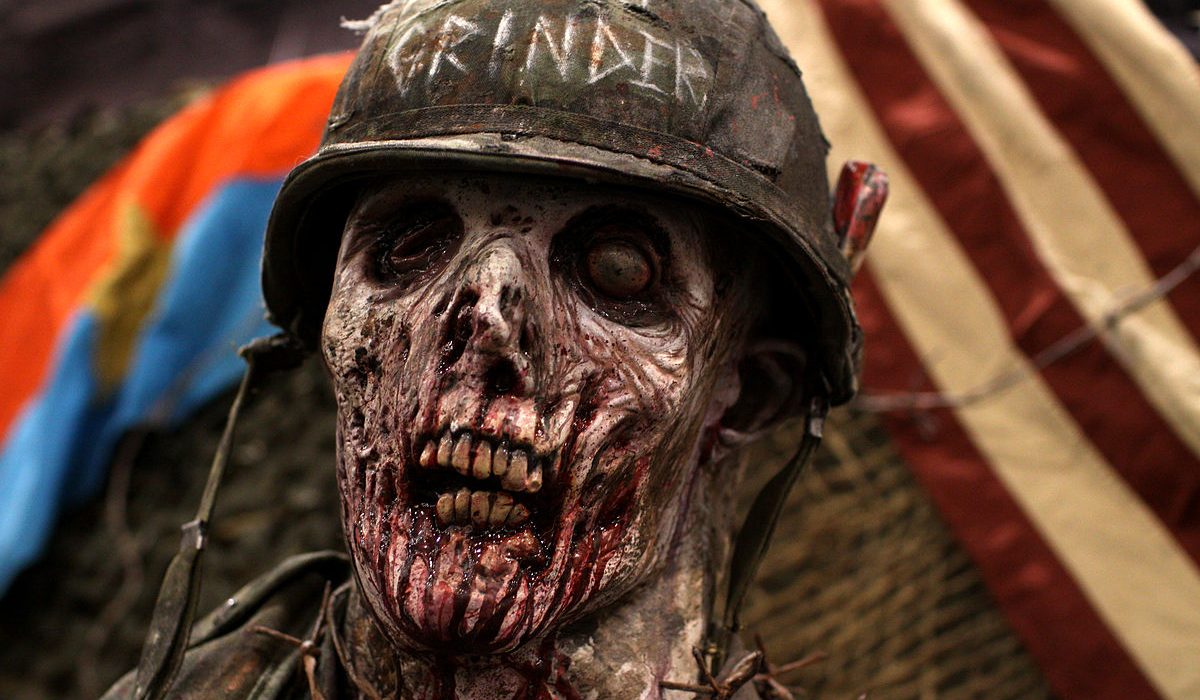 A decent zombie movie doesn’t require much substance to be great; most of the time we just need something that’s fun (Zombieland), scary (28 Days Later) or a bit of both (Shaun of the Dead). Zombieland 2: Double Tap doesn’t really try to do any of those three well. For the handful of good ideas within it, it mostly plays like the leftover ideas for side missions from the Dead Rising games, thrown together haphazardly repackaged as a Zombieland sequel.

The opening seems promising enough; we pick up with Columbus, Tallahassee, Wichita and Little Rock ten years after the predecessor left off. We get a cool zombie slashing montage set to Metallica as they make their way to fortify the White House. The building looks decrepit on the outside but somehow the interior is fully furnished and spotless? Fine, forgivable. There’s a set of petty conflicts between the characters that don’t feel like they’re following from the original? Eh, maybe it’s going somewhere. Wichita and Little Rock choose to abruptly leave the group, only for Wichita to return five minutes later when Little Rock has run off with her new hippy boyfriend, Berkeley? Oh no. And from this point onward, the film sinks like an avalanche, getting progressively worse and worse.

It’s not like there isn’t potential for at least a fun comedy there — because there is. Most of the original cast is back and two thirds of the credited writers were on the team behind Deadpool, but all comedic potential is squandered for total laziness. Berkeley’s character is a good example. Wouldn’t it be interesting to see how a pacifist hippie has survived a decade in the zombie apocalypse? Too bad, because the script relegates him to cheap guitar and weed jokes. That’s not even mentioning Madison, a pretty Paris Hilton type, who spends most of the film being the butt of mean-spirited dumb blonde jokes.

If good comedy isn’t being wasted here, it’s being agonisingly overdone. Nowhere is this more evident than in the running gag for Columbus’ rules for survival. In the first film this was an amusing quirk. Here, it feels like half of his dialogue and is noticeably nauseating during an endless sequence in which he debates a new character with a similar trait. There isn’t even a joke here; the two are just listing rules for survival like it’s comedy gold with the scene going on forever.

At heart, this is the main problem of Double Tap: it’s no fun. The zombie slaying sequences are mostly uncreative point-and-shoot fights, with the exception of a climax involving a monster truck — but that’s the only point of the movie that feels fresh and exciting. The cast, barring Woody Harrelson and Rosario Dawson (who’s good in everything), largely come off bland, but they’ve been given nothing to work with.