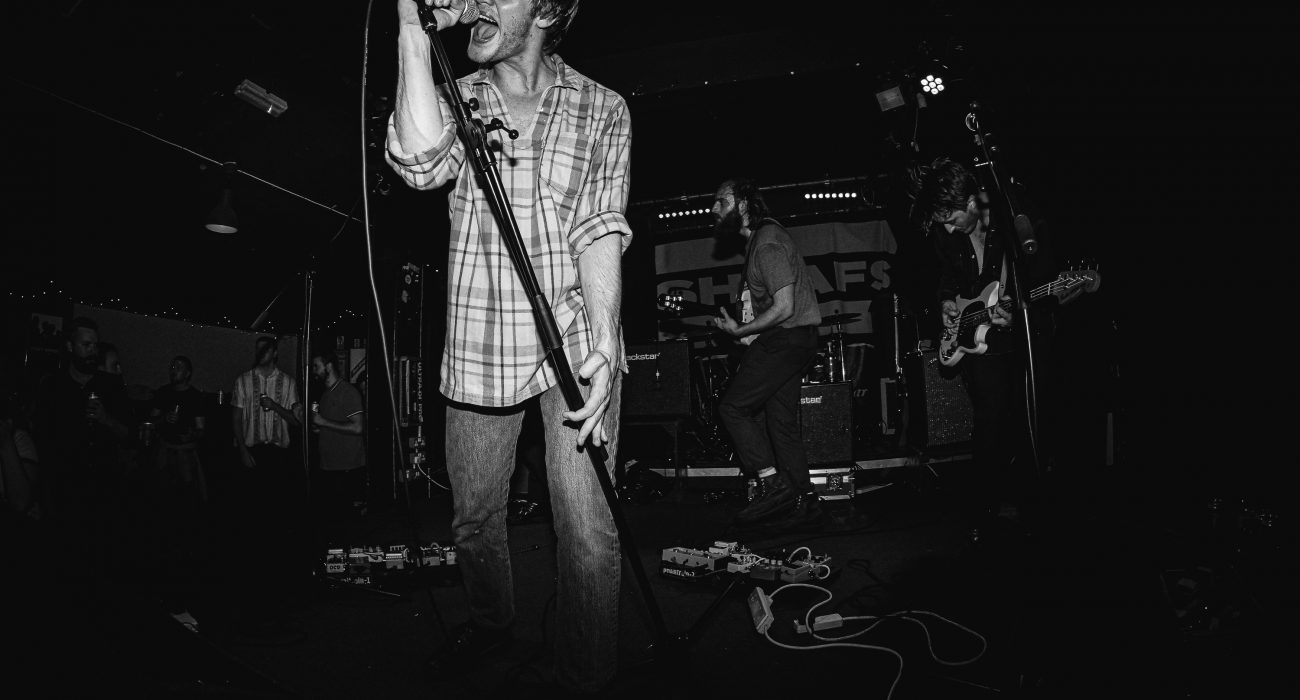 Yorkshire based quintet SHEAFS graced the stage at iconic Manchester venue Night & Day Cafe to a packed out room, impressing fans and newcomers with their driven songwriting, engaging stage presence, and their divergence into new material.

Initially labelled as part of the post-punk movement in the North of England, SHEAFS are keen to dispel that association with their new work; a testament to their newfound confidence in their writing style. At a riotous gig, reflective of their immense music ability, the band showcased the very best that their roots have fostered in both their stage presence and track production. 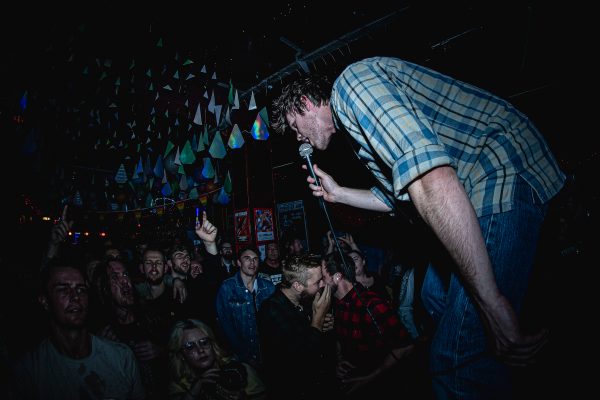 On the third day of their extremely popular tour, SHEAFS successfully applied both energy, skill, and enthusiasm to their set, complimenting their support bands — Lynchs, Tinfoils, and Manalishi. This new direction for the band is a mix of “old and new,” lead singer Lawrence explains before the gig, and is reflective of a “different headspace,” Chris notes. It certainly doesn’t feel like a massive leap for them live, more like a fine-tuning of their writing and ambition when doing so. They’re the same band, just with a different dynamic; this presents itself as growth rather than an identity crisis. Chris describes their latest work as “more organic, more original,” which seems fair. Nevertheless, there is room for them to settle into their new musical direction, even though it’s not always an easy thing to do.

The band are clearly influenced by their roots, however: “In Sheffield, the market is hard,” Lawrence tells me. “The venue scene is tough.” This seems to have driven a level of professionalism and grit which sets them apart off-stage from their counterparts. They’re confident but not egotistical, and they appear to understand the harsh reality of the industry. “Deep down, originality is where we sit,” says Lawrence. Chris agrees: “It’s important to look natural at it.” By grasping that, fundamentally, they’re part of a wider competition within a hefty and busy section of the music scene, they’ve already tackled an important milestone in order to do well.

This headliner built in both suspense and crowd-size as the gig progressed, with each support act forming an essential part of the evening, in a way that only the best nights do.

New single ‘Care Less’ was the highlight of the evening, with a driven guitar and vocal pairing that riled up the crowd and provided the perfect introduction to new fans of their seamlessly written work. Although fundamentally simple in its construction, with repetitive and poignant lyrics; it demonstrates the skill in musicianship that SHEAFS possess, with perfectly choreographed breaks and interactions with the crowd. 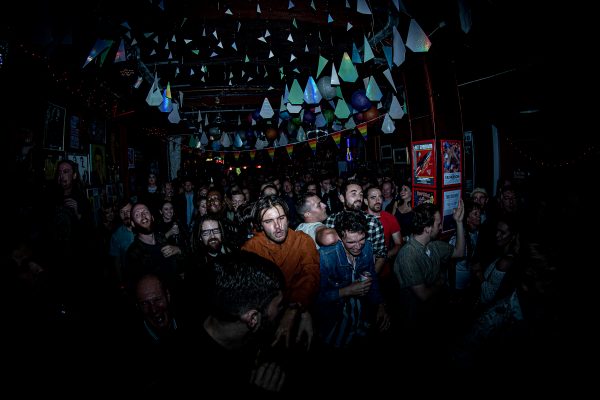 SHEAFS are a promising and eye-opening glance into the progression of music in the North of England; representative of a new wave of songwriters and musicians that are pushing against the perimeters set by their predecessors, fans, and press, with exceptional results.