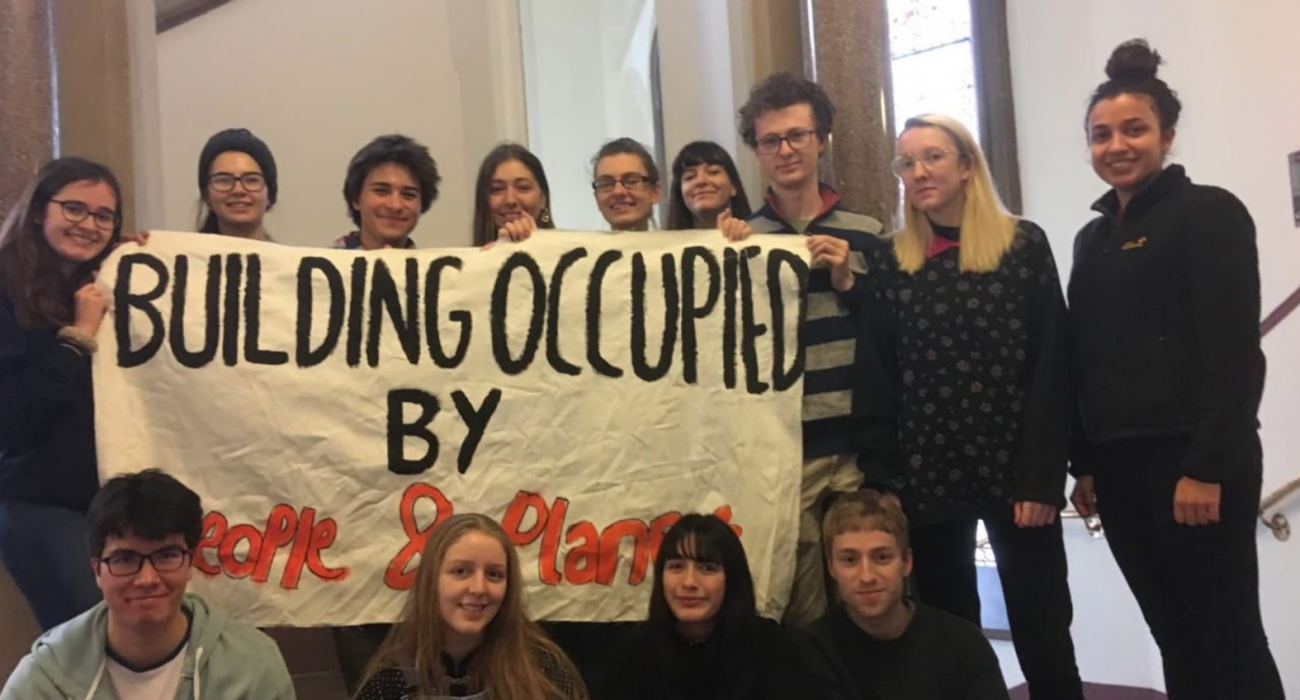 Welcome to a special Mancunion live blog on the ongoing occupation of the John Owens Building by climate activists People and Planet.

The student campaigners are demanding the University of Manchester makes a commitment to fully divest from fossil fuels.

They moved into the building on Tuesday morning with activists split between the financial board room and the corridor. Today marks their seventh day of occupation.

A meeting had been arranged between activists and the University’s Senior Leadership team for this morning in an effort to end the protest but People and Planet announced this morning (25th November) that talks had broken down.

They now say four of them are prepared to go on hunger strike as early as midnight if the University doesn’t agree to divestment.

You can follow this live blog for all the latest, with updates below.