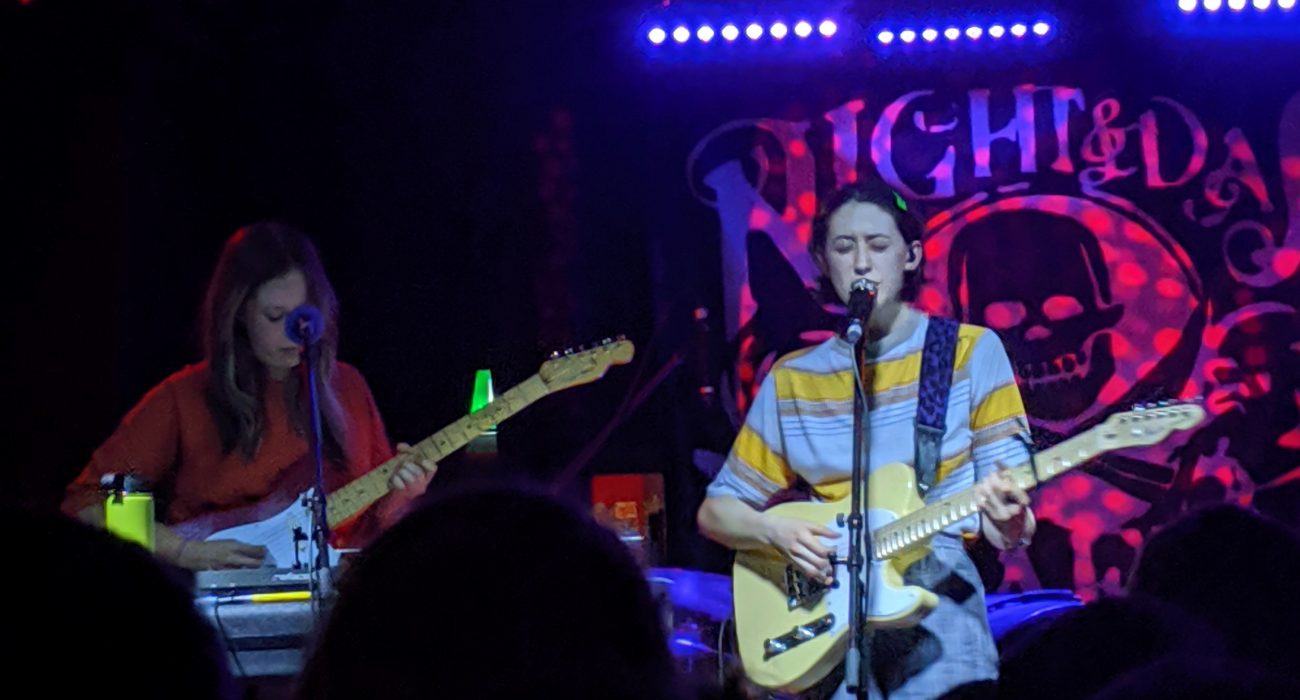 Frankie Cosmos, real name Greta Klien, has a steady cult following by this point in her career.

When she played The Night and Day Café in Northern Quarter the crowd was shoulder to shoulder right back to the merch stand. Touring her newest record Close it Quietly, she stays true to her signature sound. Although the instrumentation is produced much more cleanly, the writing and lyrics both still feel truthfully DIY and close to her bedroom-pop roots. The new record (and the set) are also both brimming with the mess of life: 21 new songs about guys, grievances, fuck-ups, family and friends fill the room.

Night and Day did give the band some difficulty however, after the first song’s keyboard lines were silent there was about twenty minutes of technical troubleshooting getting everything back together. The stage banter all the while was awkward, “Anyone get any good jokes?” was met with a small laugh, but the band mentioning that they ate at Picadilly Bundobust for lunch brought the crowd back on side. There was also a wandering fan who jumped on stage during ‘Leonie’, mime-singing into her imaginary microphone which the band didn’t seem on board with (although Klien and the fan shared smiles and a chat after the show).

These kinds of difficulties can ruin big concerts, but the Night and Day show was good evidence that Frankie Cosmos’ following feels almost like a community. By the time she finished with ‘Is It Possible/ Sleep Song’ voices rang around singing the words back to each other. The support, Lina Tullgren, also had her saxophonist join her to improvise a solo over the middle section. The track was transformed into a much silkier and joyful version of the original and was broken down perfectly to end with Klien’s final lined delivered solo.

There must have been more competent, smooth shows elsewhere on the tour, although its dishonest to say that this matters above everything else. The hiccups seem telling of the band’s (and Klein’s) honest approach to writing and performing. Her music often feels like a diary, and all the extras are just a part of that lived experience that she lets you share with her.