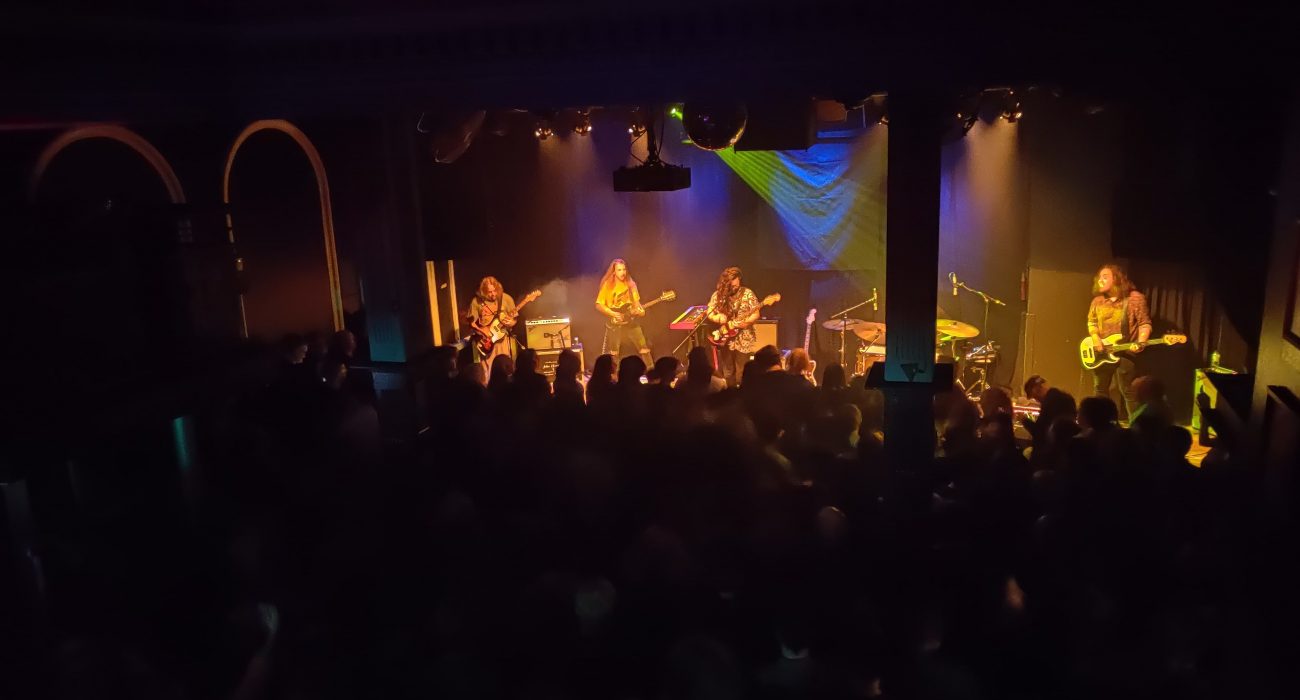 There is some undoubted magic about the space at Band on The Wall, the host of a number of incredible gigs with its own unique and defined style.

The Crumpets have an incredibly fun sense of self from the start, with outwardly bizarre song lyrics and rapid, quite brutal, yet lively, musical ability displayed across this merry band of hair waving rockers. They raced through some stellar tracks from their 2016 release High Visceral, Pt.1, displaying a keen technical ability and some rather indulgent shredding which danced between entertaining and, at times, too long. However, the wit and sarcasm that flowed between the band members really couldn’t be contained, with infectious laughter echoing through the venue between songs. The sense of passion for music met with the crowds already keen engagement served them well as the gig went on; it was true that the room remained packed till the final chord rang out.

The unexpected star of the show came in the form of a strange fairy light adorned leg (apparently called “meg da leg” according to official Crumpet sources) that travelled proudly aloft through the crowd as a kind of mascot for the band. The leg dived over the crowd of enthused gig goers and, in some ways, this was all the representation the band needed for their quirky and tenacious ability to set the room ablaze, as the crowd violently swayed to the sonic stupor that filled the room.

Lead singer, Jack explained how much he loved the space, reminding everyone of his sincere joy at having sold out the venue for that night. Then, as if the gig couldn’t take any more psychedelically charged twists and turns, we were also treated to a blast of a chord that was a perfect rendition of Lenny Kravitz ‘Are You Going To Go My Way’. This sent a ripple of excitement through the entire venue. This was a welcomed surprise, providing a high point for the gig.

The band also played their latest release ‘Mundungus’, which has a distinctively primal and raw guitar sound that ensures that the sprawling sound of the Crumpets will likely continue to take wacky and unexpected turns across their releases later this year. As the show drew to a close, it was clear that their music holds up across fields and venues alike, providing something of an old rock sentimentality with an impulsive strive towards the most weird wacky lyricism.

An all-round headbanging spectacle that danced between rock and roll musicianship and all out fun from start to finish. The leg game was most definitely strong for this Aussie four piece who know exactly how to treat a clamorous crowd to a seriously energised set. 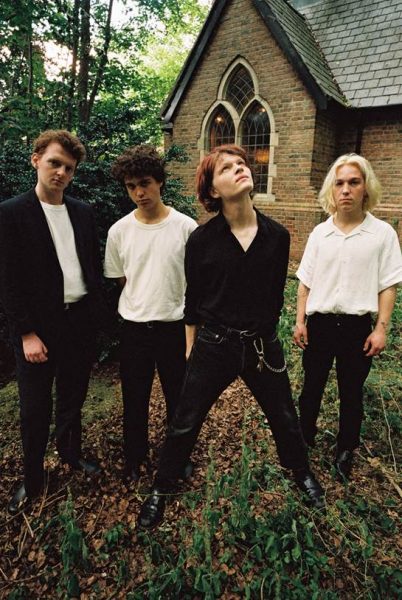