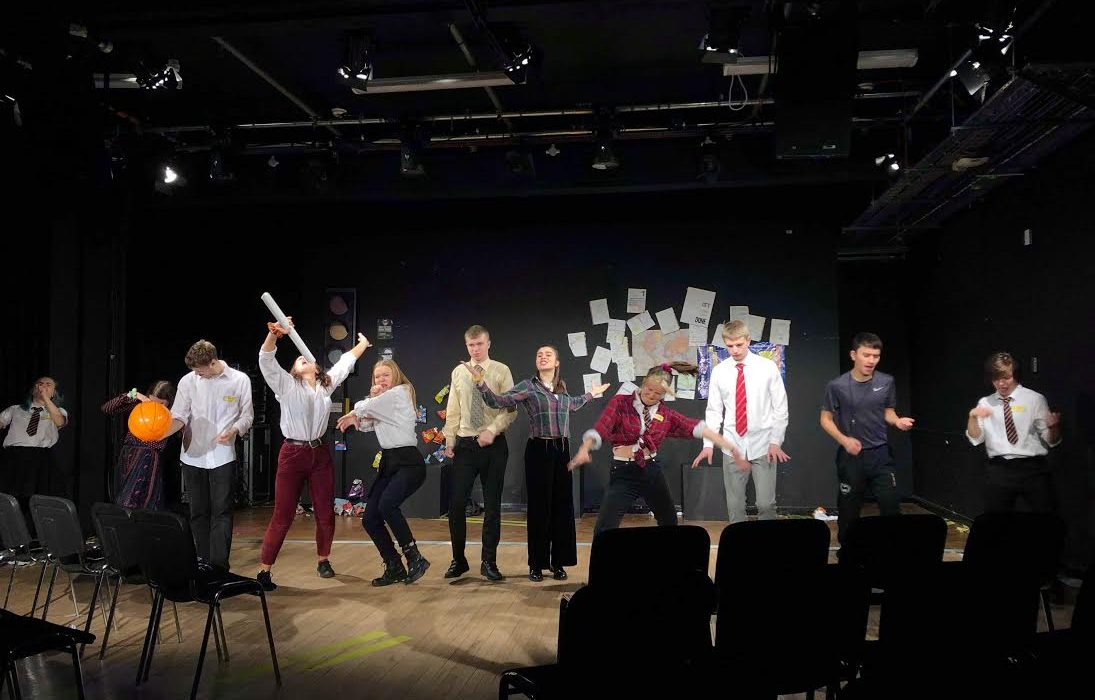 But have no fear: the play is not a screaming political farce drowning an audience in excessive political content. Rather, it settles itself in Wordsworth Comprehensive School, where ‘muck-up day’ is soon approaching, and the year 11s are departing for study-leave. Transported back to an era of ‘Shagbands’ and Tamagotchis, with staffroom dramas and schoolchildren antics, the audience is left feeling somewhat nostalgic for their youthful days.

Effectively choreographed disco scenes, accompanied by flashing lights and fast-paced music, interject the narrative, maintaining a fun, upbeat atmosphere throughout. It is through this lens that the audience experiences life under a hopeful new Labour Government.

Directed by Eleanor Hicks and Aaron Cliff, I found the play thoroughly entertaining and the political intimations were subtly woven into a predominantly light-hearted and comical play. The choreography, accompanied by recognisable 20th-century dance music, was impressive, including comical disco dancing, ensemble movement to depict chaotic school halls, and dramatic lifts enabling the play to shift from one scene to the next. High credit must be given to the choreographer. The use of props and setting was simple but imaginative, with merely a few blocks to create scenes, yet the actors worked with and around them to clearly situate the audience within the confines of an elementary school.

We were introduced to the school through the eyes of the new German exchange teacher (Lenny O’Sullivan, with a notably convincing German accent) providing a fresh outsider’s perspective, pointing out the flaws within the school system and structure, subsequently reflecting on the previous government’s neglect. Another character who highlighted this was Emily (Amber Sparshott), the ‘problem’ child; a staple example of a child who fights the education system. Since being denied going on a school trip, Emily rounded up her peers with a rousing speech, one reminiscent of a political pledge, and got them to sign a petition to reinstate her place, revealing the world of politics being both imposed within and upon the school itself.

Great chemistry existed between the actors, which proved to create some comical and some touching moments between characters. Through these relationships, the audience bore witness to the trials and hardships experienced by those within the school community and subsequently understood the desire for a reformed education system.

Notable performances included Maisie Bagley, who played the recognisable character of a passionate English teacher struggling with the belief in engaging the children rather than simply pushing them through exams. Similarly, Laura Brunk played the useless headteacher with boundless and charming energy throughout the play. Although there were perhaps moments of arguably cheesy overacting, this can be easily overlooked as part of the fun, we’re-all-in-this-together camaraderie that the play exuded.

As a Freshers play, I thought its fun and enjoyable atmosphere was a pleasure to watch and endearing to see. It was well-choreographed, and there were indeed some potential rising stars amongst the cast. This play was a light watch without much challenge to the audience, so if you are looking to be entertained for an hour and half, I highly recommend it. 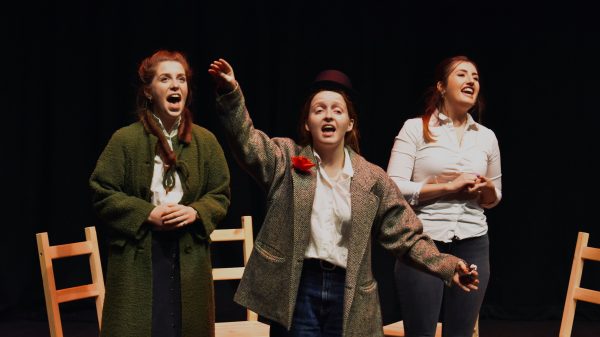