The Greater Manchester city-region has been ranked as one of the top regions for action on climate change by international charity Carbon Disclosure Project, an organisation that measures environmental impact.

Named on CDP’s 2018 ‘A-list’ of states, cities, and regions that have been increasing transparency and taking steps to combat climate change. Over 8,400 companies and 920 cities, states and regions contributed their data to the survey, with just 43 cities worldwide scoring the highest rating.

The research shows how Greater Manchester has made progress towards some of the most ambitious yet realistic goals that the region has set in mitigating and adapting to the effects of climate change.

Greater Manchester Combined Authority (GMCA) is also part of the Global Covenant of Mayors for Climate and Energy, a group consisting of international authorities committed to reducing carbon emissions.

This announcement was released in the same week as the 25th annual United Nations Climate Change Conference in Madrid. The conference has been organised with the purpose of assessing the progress in dealing with climate change.

Mayor of Greater Manchester Andy Burnham commented: “We’ve been very clear in setting out our ambitions for decarbonising our economy here in Greater Manchester, and this latest analysis shows that our city-region is one of those leading the way globally in recognising and tackling the climate emergency.

“Social and industrial innovation is part of our heritage as a place, and this holds true in how we’re addressing the significant challenges posed by climate change with our plans for clean public transport infrastructure, energy-efficient buildings, renewable sources of energy, and sustainable business practices.”

Harriet Simmonds a third-year chemistry student passionate about climate change told The Mancunion: “I think it’s fantastic, I really value being a student in a city that is taking such a leading stance on climate change, it feels like they are setting an example for others at a time when it is really important to.” 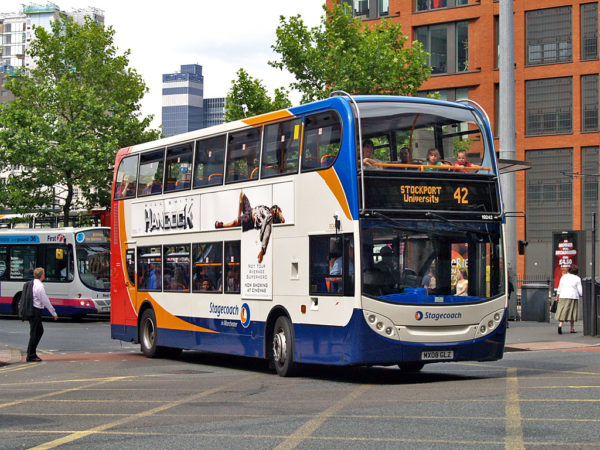