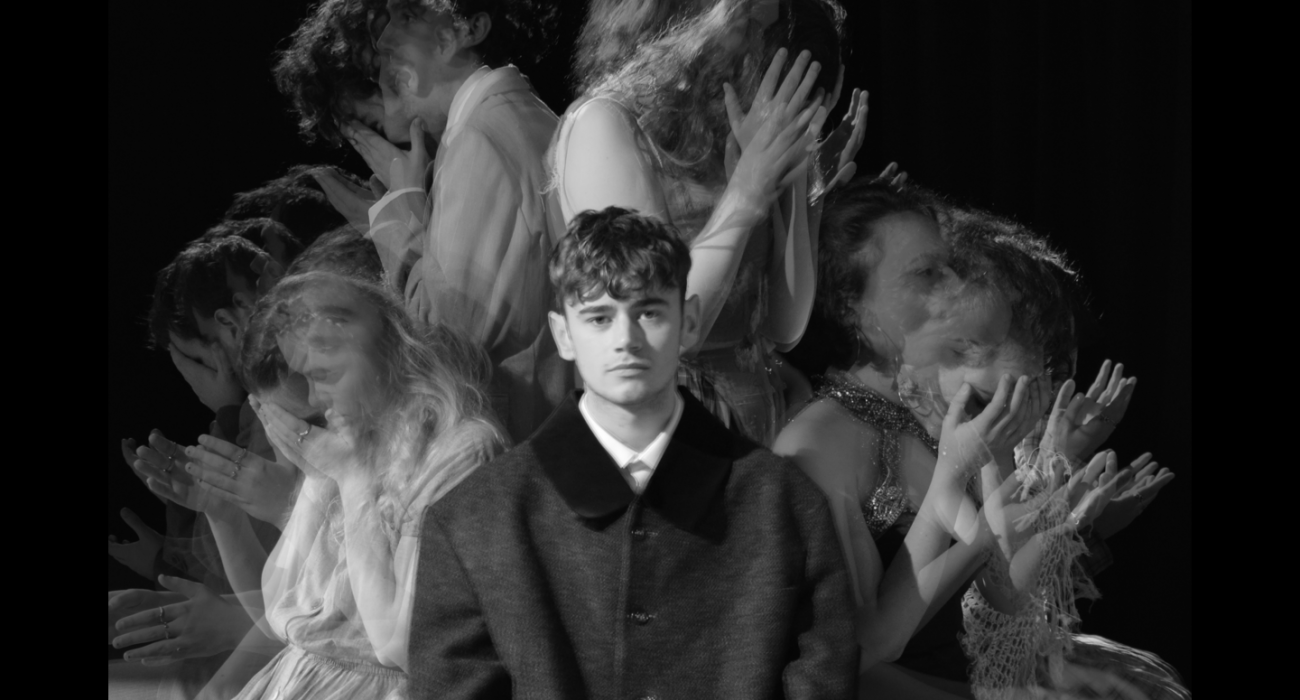 In 1922, American fiction writer F. Scott Fitzgerald published a short story entitled The Curious Case of Benjamin Button. In 2008, an adaptation transformed the text into a feature film, starring Brad Pitt. And now, in 2019, Imogen Hayes and Joseph Conway staged their own version with the University of Manchester Drama Society at the King’s Arms – created not, from a pre-published script but, instead, through a devising process.

I have never read the book nor watched the film, but I was aware of the basic concept of the story: a man ages backwards, born elderly and getting younger as the years go by.

As you might imagine, this concept is something that amounts to hilarious possibilities but is also disturbing to think about.

Newcomer Laurie Bayley-Higgins played the lead. He began the play groaning and croaking, with grey hair and a beard comprised of cotton wool. After this, little makeup was used to show his de-aging. Instead, Bayley-Higgins effectively captured the different ages of the character through posture and vocal technique.

I was delighted to see the casting of international students in this production – around half of the cast were not English, which is something that is rarely seen in University plays with any society. In particular, Beatrice Nettuno stood out as Benjamin’s seductive mistress, Sylvia, who spoke with her native Italian accent and even wove Italian phrases into her speech.

Hayes and Conway chose to use the story’s period setting, spanning the early twentieth century, shown through the beautiful costumes. This was refreshing in a world dominated by a drive for ‘modern’ adaptations.

The play was a paragon of physical theatre with fantastic visual effects. At one instant, Benjamin joined the army and fired upon a group of enemy soldiers. His gun was represented by a closed umbrella and as he fired, two ensemble members quickly beat on drums while the lights flashed, illustrating gunfire.

At the end of the play, as a baby Benjamin crept towards his death, his parents, Hildegarde and Sylvia, crept behind a glass screen. This screen was shown onstage throughout the production but unused until this crucial moment.

This created an air of mystery surrounding this object.

The glass was patterned so that the performers appeared as distorted silhouettes through it but became clearer as they moved closer. Without a word being spoken, we knew this was the veil between life and death – these were the ghosts of all the close relations in Benjamin’s life, calling out to him. And before you ask, yes, Mrs. Button (Mae Lankshear) did give birth to an old man onstage, complete with a chorus of women screaming around her.

I do, however, have mixed feelings about the play. It had some issues with pacing; a large portion of the play dwelled on Benjamin when he was in his twenties (but appearing in his middle-age), only to abruptly jump to when he had an adult son and he, himself, had the appearance of a teenager.

Interesting characters such as Benjamin’s wife, Hildegarde (Drama Society chair Grace Johnstone), were dropped, and Benjamin’s eccentric father (Thomas Valerio) was underutilised in the second half.

Additionally, there were gaps in the world of the play: Hildegarde did not believe Benjamin that he was aging backwards and we never had the chance to see her reaction upon discovering the truth. Many of these flaws, of course, come down to time constraints and the fact the cast and crew had only two months to devise a full show.

Overall, this play had a visual beauty brought to life by an energetic cast, which I have no doubt would be remarkable on a larger stage and with a longer run time. It is no small feat to devise a play, especially one adapted from the literary canon, and, thus, the creative team must be praised.