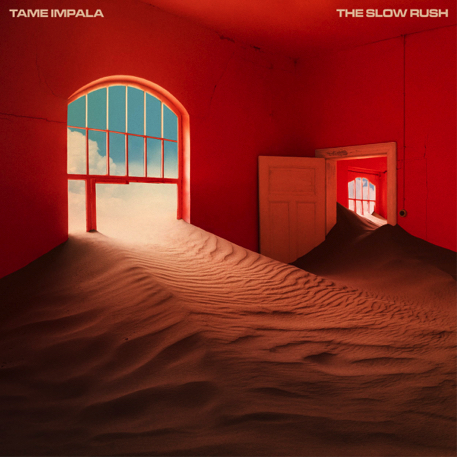 Since the release of Currents, Tame Impala frontman Kevin Parker has moved from writing music in his bedroom in Perth, Australia, to being one of LA’s biggest producers. Collaborating with the likes of Kanye West, Lady Gaga and Travis Scott, to name a few, Parker has truly become one of the most diverse and multi-talented producers in current music.

The fame of 2015’s Currents definitely launched the band into new heights of fame. It’s a record that has stood the test of time, and one that was hard to follow from. But, five years later, Tame Impala have given the world The Slow Rush – an album that feels very comfortably like Tame Impala but with an added freshness.

The Slow Rush is an album that sounds amazing. From start to finish the album flows without pause, taking the listener on some sort of warped psychedelic journey. Where Parker earns his name is in the attention to detail in everything he makes. Every note, instrument, and beat on the album has a unique purpose, and the collective sound is something far greater than most other artists in his field. What makes it even more impressive is that the album credits note that all the songs were written, performed and mixed by Kevin Parker.

Where the album falls short is on track ‘Instant Destiny’. The monotonous hook and vocals that open and carry the track are limited, with the same intense catchiness of an annoying pop song. Whilst the track itself isn’t terrible, it feels out of place within the rest of the much more intricate and thought out sound of the rest of The Slow Rush.

‘Posthomous Forgiveness’ is arguably the heart of this album. The gloomy prog-rock guitar mixed with the high-reverb vocals adds an intensity to this track, especially with the siren-sounding synth keys. The latter half of the track is a reckoning with Parker and the tricky relationship he had with his late father. The lyrics express a need for acknowledgement from his dad: “Wanna tell you ‘bout the time / I was in Abbey Road / Or the time I had / Mick Jagger on the phone”

‘On Track’ is perhaps one of the more emotional tracks on the album, with Parker singing “Strictly speaking, I’m still on track/Strictly speaking, I’m holding back.” The melancholic piano and emotive vocals resemble the catchy-yet-sad sound heard in the band’s infamous single ‘The Less I Know The Better’.

Whilst The Slow Rush is not an unexpected release from Tame Impala, it is still a brilliant record. Whether it’s the synth-heavy 80s sounding track ‘Glimmer’ or the utterly infectious album single ‘Borderline’, Parker manages to incorporate genres and push the boundaries within the box of his synth-rock identity.