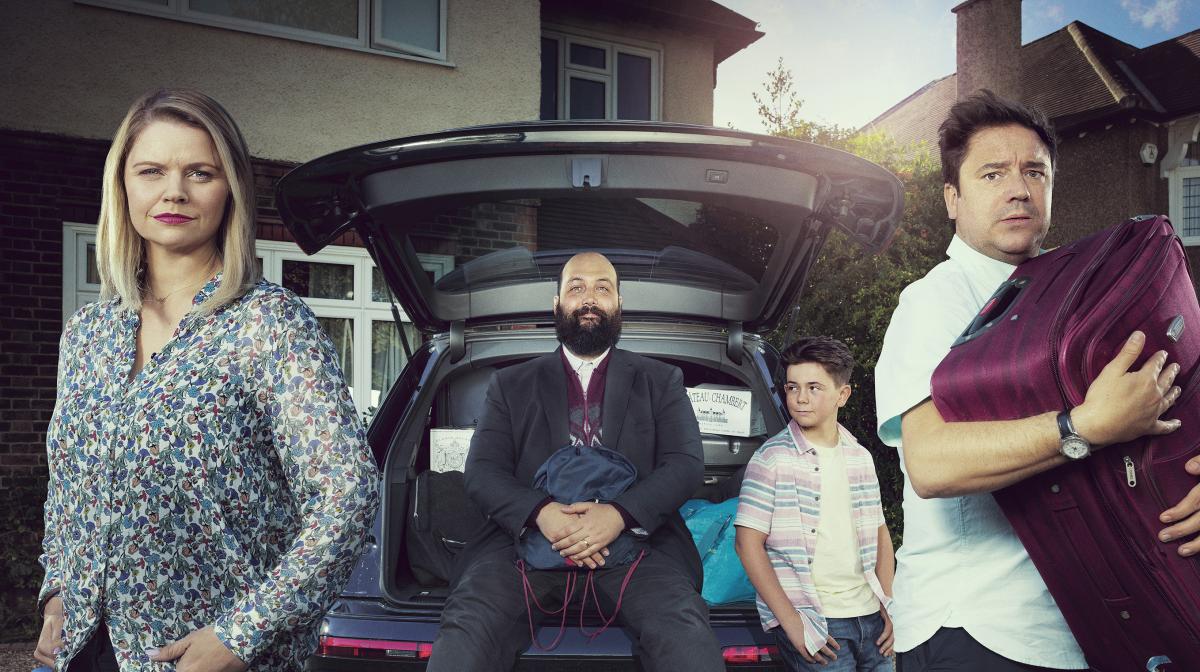 The return from the continent to a post-Brexit Britain bursts the blissful bubble of ignorance of one suburban family unit.

Upon arriving home, they discover a middle-aged Syrian refugee, called Sami, hiding in the boot of their car. This sets up Chanel 4’s Home to be a hilarious critique of middle-class Britain, complete with touching story lines, fully rounded characters and impossible situations.

The show is set firmly in ‘Little England’ – an area of comedy home to (among others) Alan Partridge, Basil Fawlty, and The League of Gentlemen. This nonspecific and metaphorical part of the country, which manifests itself in the show as Dorking, is classically exemplified by its fear of outsiders and change, but has a respect for tradition and etiquette. This seems like the worst place for Sami to have landed.

Home acerbically comments on the divisiveness of contemporary British politics, the refugee crisis and the frustration associated with bureaucracy. It treats all these issues with humanity and humour to great effect.

The show is much more than a comment on the refugee crisis and Britain’s response to it. It is also the story of two broken families and their quest for healing and resolution – one British and one Syrian, both cracked by emotion, one broken by war. This story line is just one instance of how the show attempts to point out similarities between the stereotypical ‘Little Englanders’ and Syrian refugees.

In series 1, Sami points out that he is from a similar social background to many of the lead British characters. “Before war I only worried about how my HDMI lead did not reach my TV”, he remarks. This was particularly effective as it dispensed with the innate perception of many in the west, that refugees are at worst, subhuman, or at best, ‘others’. There is a pervasive mindset in the UK that refugees are used to the hardships they face. As Home points out on many occasions, this is not the case.

Despite (or perhaps because of) the sympathetic and intelligent handling of these tricky and derisive subjects by writer Rufus Jones, and the emotive portrayal of the characters by Jones and the rest of the cast, the show is incredibly funny.

It is one of few shows in recent years that has made me genuinely laugh out loud. The style is obsessed with the minutia of everyday life. Not only does this add to the comedy but it also helps to portray the situation of Sami and his family firmly in a way that a British audience will recognise.

There are also many moments when Sami and the people around him triumph over adversity and ignorance. This gives the programme an overall uplifting feel, despite the hopelessness of the situations the characters find themselves in.

This is genuinely one of the best comedy dramas of the last five years. Home is entertaining, hilarious and sympathetic. It skilfully couples colloquialism with an awareness of the wider world, and brings the humanitarianism crisis into the context of the individuals effected.

If I was in the habit of predicting the outcome of the television BAFTAs, I would predict that Home would be a major contender for many awards, but I’m not so I won’t.

Both series of Home are now available on All 4.