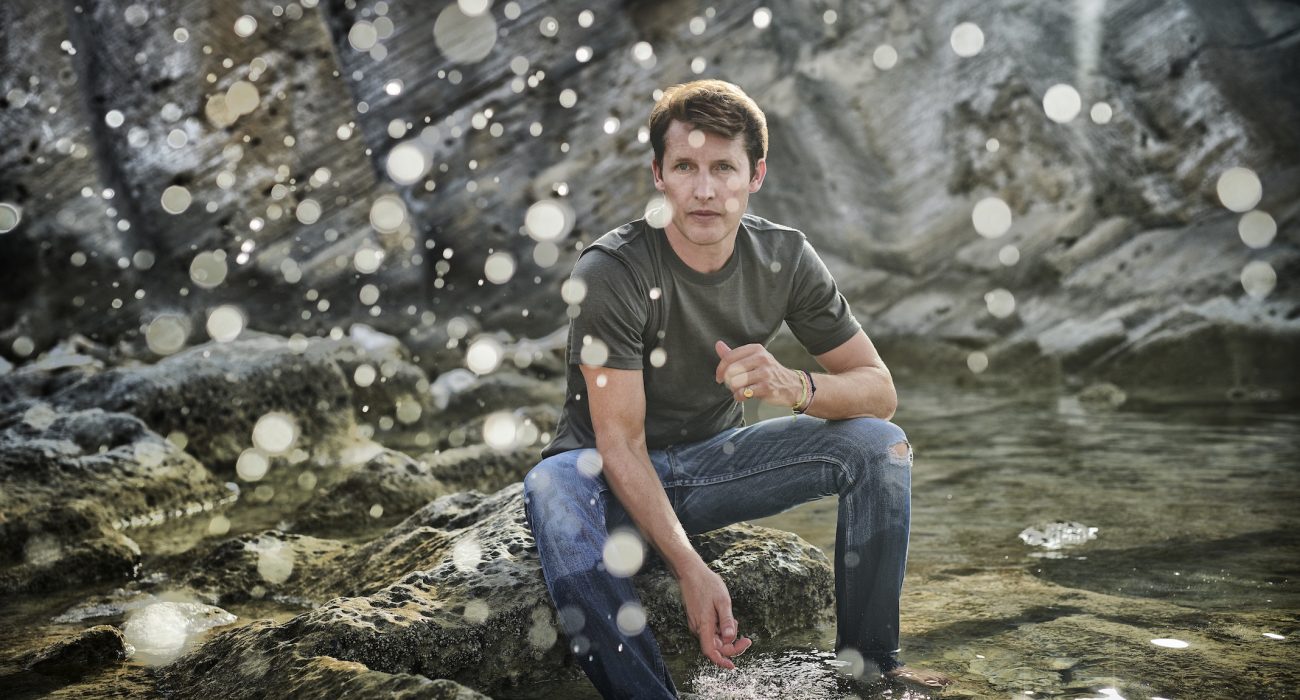 It was the second date of his Once Upon A Mind tour, and it was surreal to see that crowds still adored him, even after nearly two decades of making music. However, it is undoubted that Blunt has changed his sound throughout the years, which can be seen in the distinction between the dreamy acoustic optimism of Back to Bedlam and All The Lost Souls compared to the tropical pop sound of The Afterlove.

There was a certain demographic at the Arena, of a more mature crowd than the likes of Liam Gallagher would bring, meaning it became a completely different experience to a standard gig with a standing area. This was particularly clear in the shock and horror exuded from concert-goers when fans stood up during ‘Wisemen’, although the air was still filled with waving arms from those that remained firmly seated.

Blunt seemed unbothered by the lack of energy within the venue, as it appeared that the crowd were in awe as soon as he begun with ‘How It Feels to Be Alive’. It was only during ‘The Truth’, a more upbeat track, where many began to stand and dance. It appears that, although Blunt has introduced more pop into his music, the demographic of his audience has remained unchanged.

In terms of his performance, James Blunt knew exactly how to please his crowd. As he played ‘Smoke Signals’, a single red spotlight surrounded him and the audience were silent in sheer admiration. Blunt asked for audience participation during ‘Goodbye My Lover’, as he took a step back and allowed his fans to perform the final chorus.

His infamous sense of humour, apparent by his twitter interactions, came into play during his duet with his support act, country-pop duo Ward Thomas. Preceding ‘Halfway’, he told the audience that he “was desperate to be in a band” and would only let them be support if he could “join them”.

As well as demonstrating his comedic brilliance, Blunt was also able to elicit an emotional reaction  from his crowd – calling out “Manchester, I want you to be the stars!” during his performance of the beautiful ‘Same Mistakes’. Phone lights filled the arena, and the atmosphere of the immense, 21,000 capacity venue was incredible.

James Blunt’s fluctuation in sound was evident within the selection of tracks performed, ranging from his earliest release to his latest. The Afterlove, released in 2017, featured ‘Love Me Better’ and ‘Bartender’ – songs that characteristically fail to fit with Blunt’s usual sound. The album felt more catered towards dance tracks, which can be completely contrasted with heavenly acoustic ballads such as ‘You’re Beautiful’.

Blunt removed the aforementioned songs of The Afterlove from the set list, suggesting that Once Upon A Mind suited better to his current musical direction. Placing ‘Stay The Night’ next to ‘OK’ on the set list provided a stark contrast between the variations of music that Blunt has dabbled in over the years, however the recently released ‘Cold’ proves that the performer is heading back towards his acoustic “roots”. As the concert ended with ‘Cold’, ‘1973’, and ‘Bonfire Heart’, it is evident that this is the music that encapsulates James Blunt, his sound, and his talent.

From 2003 to 2020, James Blunt has provided the soundtrack to romance, heartbreak, and even dancing. Although he may alternate between genres, his concert at Manchester Arena proved that no matter his sound, he will still be loved for it.

Tags: acoustic, james blunt, manchester arena, once upon a mind, you're beautiful