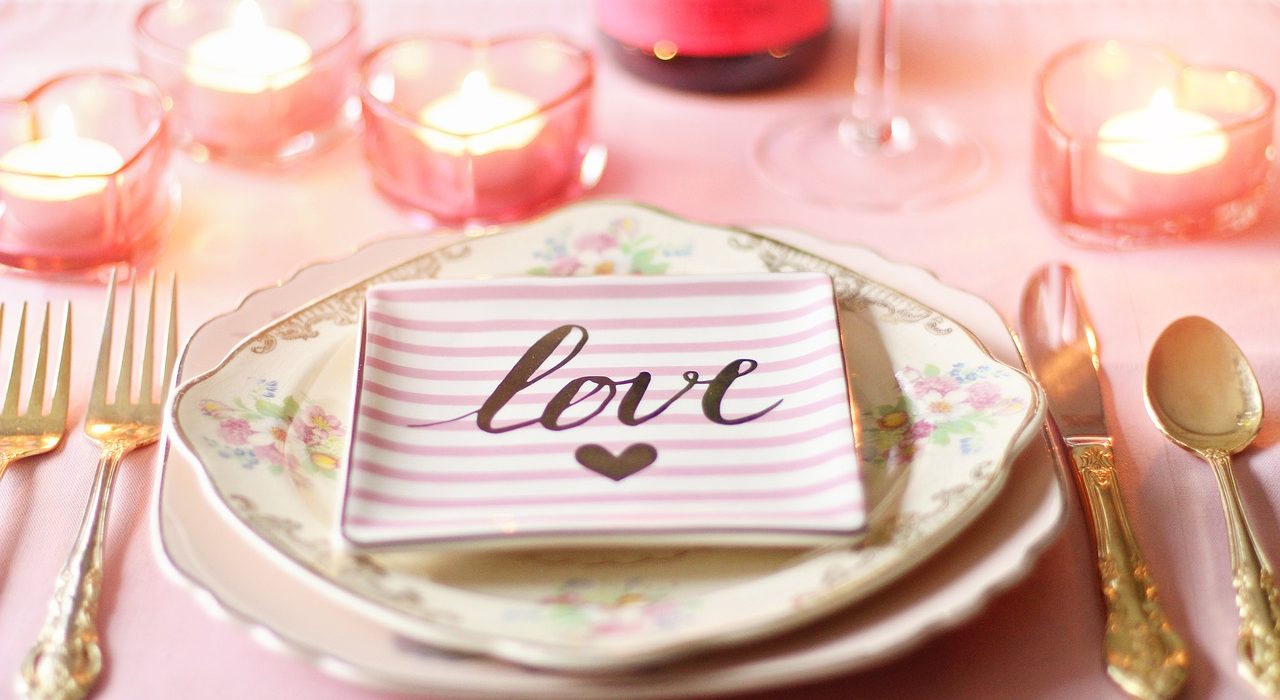 With the recent tragic news of Caroline Flack’s suicide, and reports from the last few years of similar deaths of past Love Island contests, there’s never been a more important time to assess the impact of the latest reality TV phenomenon on our mental health, our ideas of relationships, and even our ideas of self. The Socialist Worker Student Society took on these ideas through a Marxist lens with the help of journalist Sarah Bates at a recent talk.

While Marx and his contemporaries missed the delights of Casa Amor and the ‘Do Bits Society’, Marxist writings on alienation and how capitalism distorts relationships are still incredibly relevant in the context of a show such as Love Island, and the rampant consumerism that it both supports and feeds off with equal vigour.

As people become increasingly alienated from society due to economic hardships, poor working conditions or social and political tensions, it becomes increasingly easy for the media that companies produce or the products and services they sell to shape our society and the way we view the world around us. If life is hard and work is stressful, retreating into the world of Love Island at 9pm everyday seems very appealing.

What we then buy into, as consumers, is the commodification of our romantic relationships and us as romantic hopefuls. An audience is hardly presented with people, but a selection of would-be influencers primed for their inevitable Boohoo sponsorship deal. Of course, some seemingly genuine connection happens such as last season’s lovebirds Tommy and Molly-Mae, but having a sprinkling of legitimate romance helps the show to be palatable and at least not entirely disingenuous.

However, for the most part, Love Island acts as an efficient machine of consumerism. With the lucrative sponsorship deals or media opportunities available to contestants immediately after leaving the Villa, it would be ridiculous to assume that a majority of contestants don’t have more on their mind than just love.

Every single part of the process is intensely commodified. From plastic water bottles covered in the show’s slogans, to endless tweets of the contestants’ catchphrases or tours of nightclubs up and down the country, there’s an entire pipeline for these up-and-coming influencers to be make money (for themselves and larger corporations) at every stage of the process. For a show supposedly focused entirely on relationships and love, every aspect of it being geared towards profit should be a major red flag.

While many of the human interactions present on Love Island could be seen as somewhat genuine, the need for constant drama or juicy snippets for promo material or the creation of narratives trumps all. Producers have been known to tell people to have certain conversations, manipulate contestants with access to certain information (common during Casa Amor, when couples are split up and tempted with a new array of beautiful, barely clothed potential matches) and then edit the show to support specific contestants or make some look worse.

When contestants are aware of the need to stand out and be favoured by the producers, they become complicit in their own commodification. Last year’s contestant Maura Higgins stormed into the villa and quickly established herself as a hyper-sexual person intent on getting exactly what she wanted, and popularised the phrase “fanny flutters” in her regular conversations about sex. There was nothing overly taboo about much of what Maura said or did, but using what could have been an opportunity for the show to encourage sex positivity to instead paint such behaviour as very risqué for shock factor is a prime example of prioritising profits over morality.

Maura’s very existence as a person could then be marketed as we only experienced her in very manufactured bites of television. She left the villa and went straight into an Ann Summers sponsorship deal, again evidencing that ‘influencer-industrial complex’ of these crafted personalities fitting neatly into a world of consumerism, selling out any personal nuance to represent and make money for a brand.

That these very limited and profit-driven models of relationships are so prominent is worrying, but many Love Island viewers claim to be wise to it. Every student I spoke to about their Love Island viewing claimed to do so with a hint of irony or distance, acknowledging the show’s faults but watching for the addictive drama, the raucous personalities or simply the social element of watching TV with friends that promotes discussion.

While university students well-versed in wider concepts of gender and sexuality might be more likely to view the show critically, Love Island’s audience is much wider than that. Love Island is the most successful show in ITV2’s history, with this season’s opener getting a viewership of 2.4 million, which is low by the show’s standards. Due to the show’s prevalence on social media, younger and younger audiences are being exposed to it, and throwing very manufactured models of relationships at young teenagers can’t do any good for their emotional development.

This is discounting further issues of body positivity (the show’s token inclusion of ‘plus-sized’ contestants has received a lot of criticism) and racial politics within the show (there is a real lack of diversity and the treatment of black contestants is a repeat issue), which it would be disingenuous to discuss here and not offer enough depth. However, it is clear that a show being ran primarily for profit at every stage can’t be sufficiently socially responsible when dealing with such sensitive topics such as love and relationships.

The commodification of relationships present in Love Island is sadly visible elsewhere in our society. As people feel increasingly stressed, disconnected or lost for purpose, corporations are eager to fill in the gaps with another product or service you can buy, full of all the secrets to a happy life if you just give them your £20.

Dating apps are a very prominent example of this, and do many of the same things as Love Island in commodifying people and our relationships. We now must present ourselves to the potential love of our lives (as any less than that wouldn’t make for good marketing) with just a few short words and create a personal brand to show the world. That language of building a ‘brand’ is becoming more and more prevalent, as we are encouraged to view ourselves using the language of capitalism as something we can sell and profit of.

These apps are attempting to further the role of commodification with more and more paid services. Tinder Gold promises even more chances of finding love, CoffeeMeetsBagel gives you activity reports on potential matches, and some services even allow you to link your FitBit to prove you’re really the active person you say you are. There even exists an automated Tinder plugin that learns how you swipe and message and automates the entire process. It seems more and more genuine feeling and human contact is being sucked out of our relationships in favour of buying more things, which we are told fills the same void, but doesn’t feel too convincing.

Consumerism always seems to have a new answer for us or a new way of life taken from some faraway country and repackaged into a series of books, YouTube videos or Ted talks. We lap them up with the promise of fulfillment, but now it seems the only way to get that fulfillment is to splash out. Marie Kondo is a prime example, her ideas of minimalism and organisation were a worldwide hit with her 2019 Netflix series.

While the concept of ‘sparking joy’ seems very innocent and wholesome in its intentions, it’s inevitably accompanied by a wave of products you have to buy to get the full Marie Kondo experience and to truly spark joy in your life. But joy can be sparked if you buy a $60 basket, or spend $125 on 23 inches worth of shelf (screws are not included).

Such tactics may seem like common sense, or simple ‘entrepreneurship’. Yes, people need to make money and identifying consumer trends is an effective way of doing that. But it seems worrying if that search for profit promises a life away from the stresses of the world, only for solace to be found in the emptying of one’s bank account.

The rampant commodification of deeply personal aspects of life such as love, relationships, and mental wellbeing is a worrying trend we should actively be combatting. Allowing such significant parts of who we are as people to be heavily influenced by corporations’ drive for profit blurs the lines between socially responsible practices and entrepreneurial spirit. And that grey area is exactly where companies want to lie, appearing friendly, offering you a service you do desperately need, and laughing all the way to the bank. 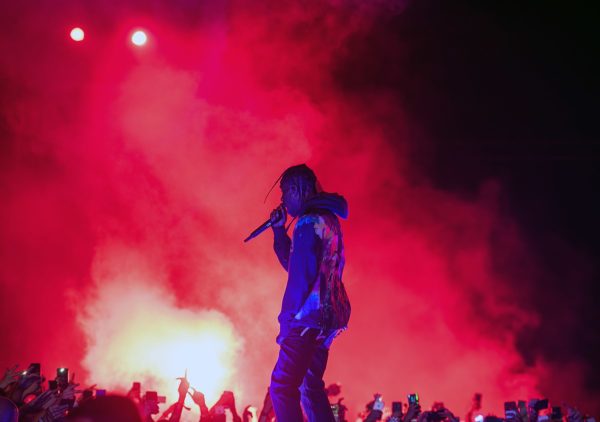 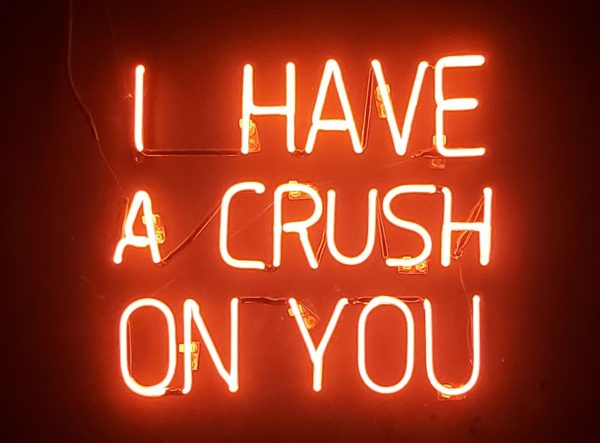 How to: Find love at UoM