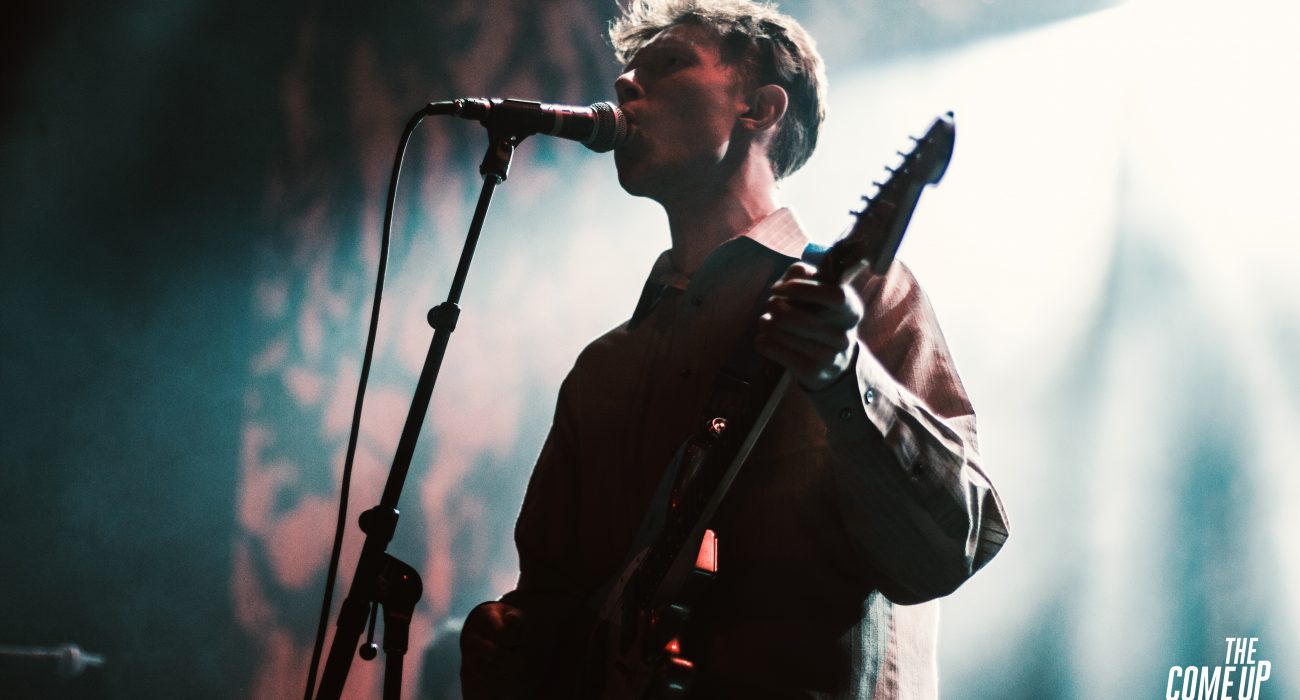 When talking about King Krule — aka Edgar the Beatmaker, Zoo Kid, or just Archy Marshall — it is all too easy to fall into the trappings of talking about him as though he is some sort of high priest of bacchanal gloom.

However, Marshall has constructed a tightly enveloped soundworld based upon his snarling, subfusc back catalogue; his verbal palette illuminating lurid snapshots of urban life. Marshall has become an icon of sorts, steering his own subculture by crooning anthems suitable for jazz clubs or post-punk enclaves (q.v. his song ‘Lizard State’ where Marshall’s band has drawn comparison to a Charles Mingus horn section combined with the braggadocio of Public Image LTD).

Marshall’s newest release, Man Alive!, released on XL recordings, sees him continue to tinker with the sound he has become so synonymous with. However, as opposed to the sinuous sound-art he consecrated on The Ooz, Man Alive! finds itself splintered across a number of murky arrangements that hinder the record from having any sort of cohesivity.

Man Alive!, though, starts strongly on familiar sonic territory. On ‘Cellular’, Marshall wears his post-punk influences on his sleeve, and on ‘Supermarché’ there is a pervading sense of anxiety built through layering entrancing textures.

On ‘Stoned Again’, Marshall may, at first glance, appear in danger of flirting with self parody, but he is able to wrangle himself out of this via a track bolstered by skillful storytelling that then blends into the driving, angular tenacity of ‘Comet Face’. However, it is through arrangements ‘Stoned Again’ and ‘Comet Face’ that Marshall builds the listener’s anticipation and hope that Man Alive! may well be a classic, before finding themselves dumped in an eventual state of bathos.

Though these two tracks stand out from the rest — with a special mention to ‘Theme For The Cross’ with Krule’s tactile lyrics (“The blue was a view but was tortured, Chemtrails poke holes through commuters”) — the album quickly dissipates into mediocrity.

Tracks such as ‘Perfecto Miserable’, bookended by samples from a film by Charlotte Patmore, Marshall’s partner, lack the sting and rasp so well entrenched in other Krule tracks. ‘Airport Antenatal Airplane,’ additionally, sounds like confused filler material; a far cry from Marshall’s more successful experimentation.

‘Alone, Omen 3’ briefly saves the album with its transportative dream logic before transitioning into ‘Slinky’, where Krule experiments with post-rock textures that are beleaguered by a lack of imagination.

The album ends on track ‘Please Complete Thee’ which is exactly what this record needs: Marshall’s wires need recircuiting.

The production of the album more generally does not sound as well rounded as his earlier work, and listeners who have previously enjoyed the bottom-end production of the boom-bap beats seen on older tracks such as ‘Neptune Estate’ will be disappointed. Marshall has clearly eschewed the influence of laptop hip-hop that once vitally underpinned his work.

Though Man Alive! has its moments, these are only passing. It is a record brimming with filler material; cut-and-pasted with unaffecting, quotidian samples that have been arranged with the harshness of an ice pick against a concrete wall. Although Marshall appeared unimpeachable by the end of The Ooz, Man Alive! is a record that wanders aimlessly with no sense of wanderlust.