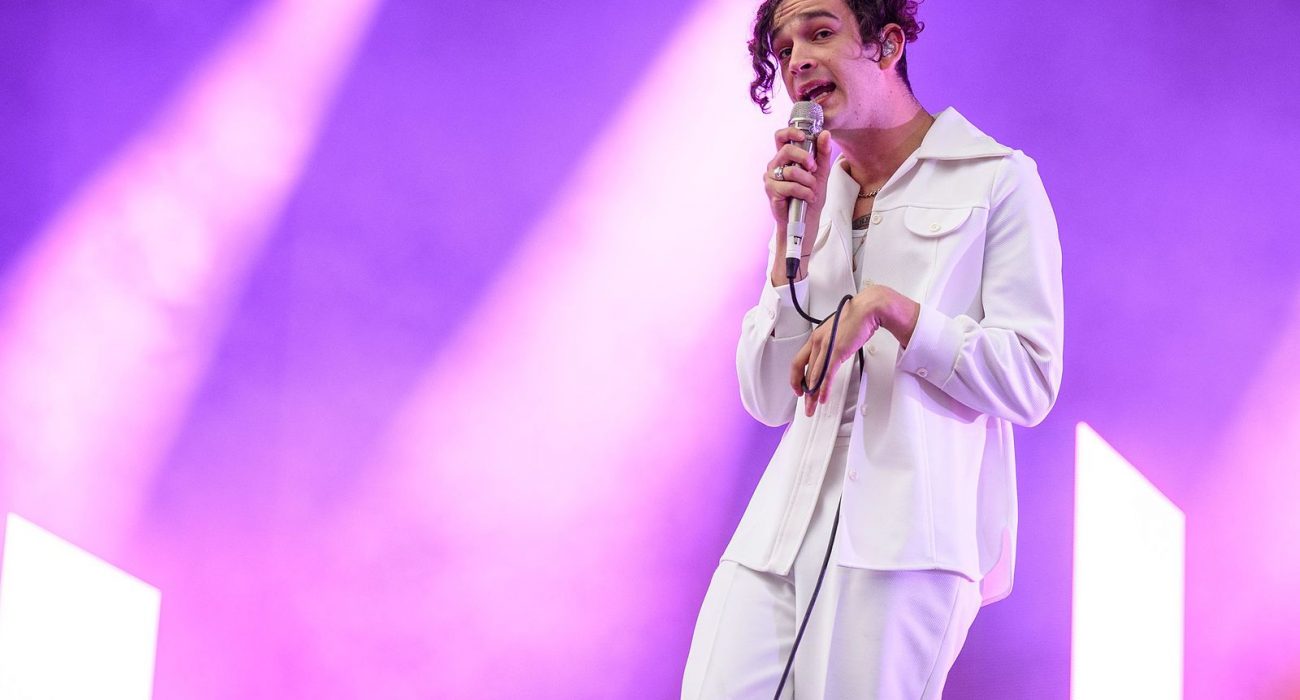 Concerts and tours are likely one of the biggest energy consumers in the music industry. From the transport of artists, crew, management, equipment, and audiences to the huge volume of waste produced; the amount of energy used for one concert is enormous — let alone for world tours.

While most artists are aware of the impact, few appear to be trying to make a change. However, some are now beginning to take steps in the direction of sustainability. Coldplay took it to the extreme and announced in November 2019 that they would postpone touring until there could be an environmental benefit. The band aim to be carbon neutral, have no single-use plastics, and largely use solar power. Whilst halting touring is definitely the most effective way to be completely sustainable, finding sustainable solutions is preferable but a lot harder. This is why Massive Attack have decided to work with researchers from the University of Manchester’s Tyndall Centre for Climate Change Research to collect data on band and audience travel as well as production and venue outputs. They have previously tried to offset their impact on the environment but decided against it for moral reasons. The data collected will likely be incredibly useful and will give the music industry more direction in specifically how they can make a change.

On the other hand, some artists are more proactive in trying to make a change. From putting messages about climate action into their songs, including one featuring a speech by Greta Thunberg, to actually implementing some practices; The 1975 seem to be the most vocal and active within this group. Their biggest effort for sustainability in concerts is their Finsbury Park ‘mini-festival’ which they will be headlining along with some big names including Charli XCX. This show is planned to be paperless, run on hydrotreated vegetable oil, and have a tree planted for each ticket sold. This is a bold step and will hopefully promote and demonstrate the idea that concerts can be more sustainable. 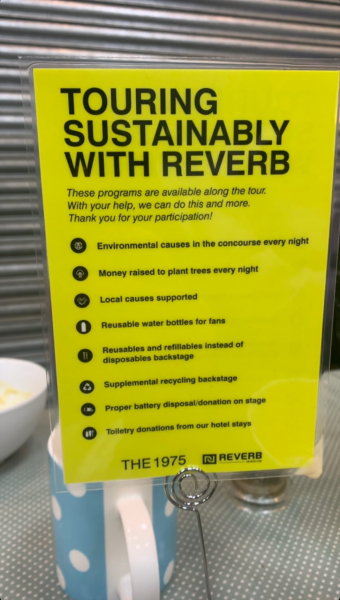 The band have also teamed up with Reverb to make changes backstage, focusing on recycling and removing disposable products. This has also extended to the audience as together they have produced reusable Nalgene water bottles. Whilst a great idea, these can only be bought after the show for safety reasons and cost an extortionate £15. This results in near-normal levels of single-use plastic and whilst an important measure, this method is still definitely flawed.

Further, The 1975 have been touring almost constantly since the release of their last album A Brief Inquiry Into Online Relationships in late 2018. These shows have involved extravagant lights displays with moving parts including a travellator which frontman Matty Healy walks and dances along. Whilst these are a crucial part of the band’s performance, a big selling point of their live shows, measures should be taken towards reducing their environmental impact — and this is where the venue comes in.

A lot can be done by the artists themselves, but it is not completely down to them and there are limitations on what they can do. Therefore, venues should also make an effort to be eco-friendly. Since a lot of energy is used, venues should switch to renewable energy sources such as solar power. Safety means that some disposable products are needed so where these are needed, venues should opt for biodegradable alternatives in place of plastic. Unfortunately, these changes may be difficult for smaller, independent venues to achieve as sustainable alternatives tend to be more expensive.

It is also the responsibility of the audience to make choices that are sustainable where possible. For example, in the queue for The 1975’s second O2 London show in February, there were a number of blankets left on the floor amongst the usual debris of empty bottles, packets, and wrappers. Hopefully, The O2 put them to good use but it seems unlikely. The same audience that produced so much waste later raised their fists in the air when The 1975 feat. Greta Thunberg was played. It’s easy to wonder how much these people that seemingly support this message actually do in their own lives to reduce their carbon footprint.

Overall, touring sustainably is currently very difficult but the pushes from artists, audiences, and venues will help to change this and make touring a much more sustainable endeavour. Hopefully, there will be systemic sustainability within the music industry and musicians can one day tour with a clean conscience. 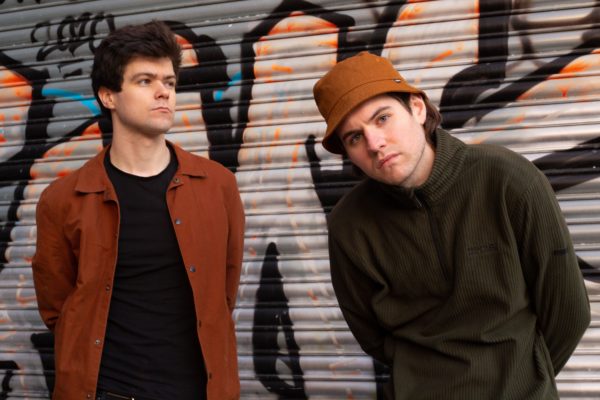 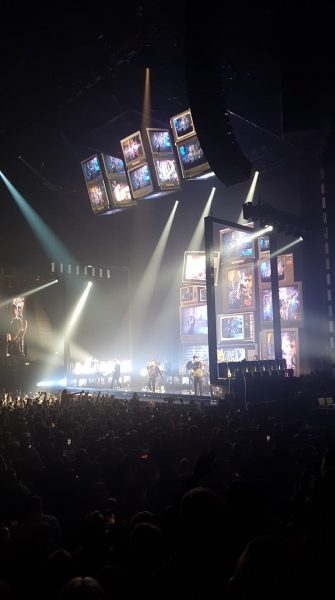