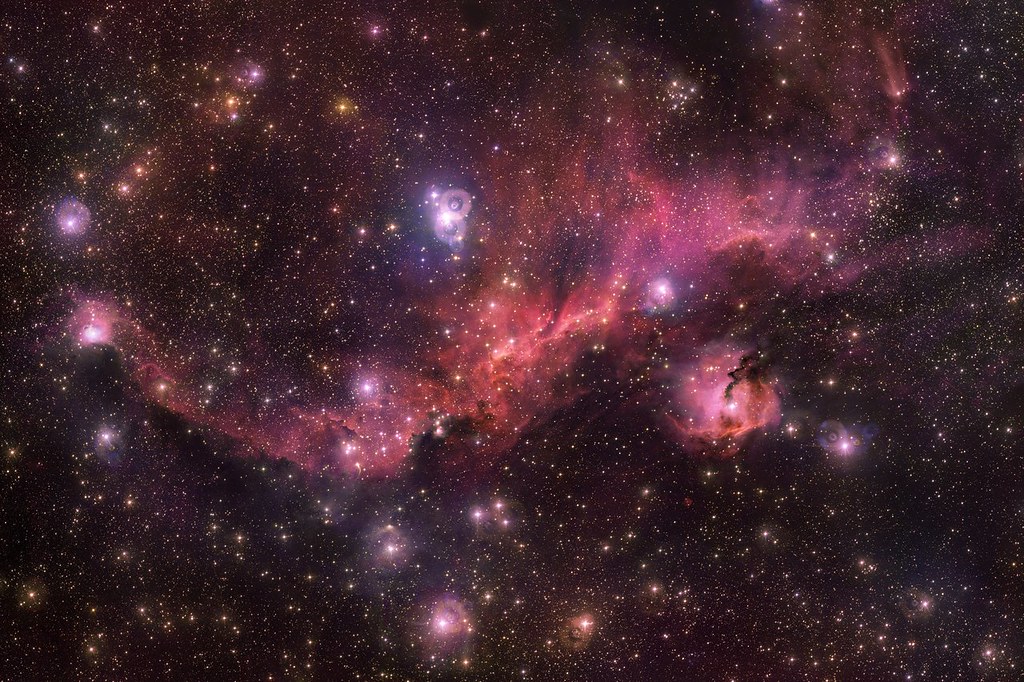 Review: Colour out of Space

It’s a miracle to think, of all Lovecraft stories, Colour out of Space is the first one to get a proper modern day film adaptation. When more well-known properties like In The Mountains of Madness and The Call of Cthulhu spent years in development hell, it’s this slightly more niche story about scary colours that fits the bill. It makes you feel lucky that this new film, directed by Richard Stanley, is as violent, scary and good as it is.

In Colour out of Space, a mysterious meteor falls into the backyard of a rural family house. Over time it starts to emit a strange neon pinkish colour that doesn’t seem of this world, and slowly begins to contaminate everything around it. Mysteriously coloured plants start growing on the land, the water starts to cause strange hallucinations and the animals on the farm begin to react weirdly to the light. Throughout the story, things are constantly escalating and becoming more bizarre and vibrant.

Stanley’s direction helps to keep things steady and the audience engaged. He seems very much influenced by Stuart Gordon’s Lovecraft adaptations of the 80’s (to the point where one of the film’s most impressive practical effects mirrors the most famous shot in From Beyond), and he does a good job of keeping a steady descent from a normal family setting into out-and-out chaos. Not to mention the use of practical effects is always a welcome shift in modern cinema, and some of the violent and painful images Stanley brings to us here will last long after the credits roll.

The film is also very well cast, with Nicolas Cage playing the father of the family and delivering his expected manic energy tinged with something far more sinister as he slowly becomes possessed by the alien force in the meteor. Cage is used very well here, able to play an offbeat wholesome dad in the film’s early moments, to an unhinged maniac as the madness takes hold. It’s great to see his wacky independent projects, considering this and Mandy are getting some considerable appreciation.