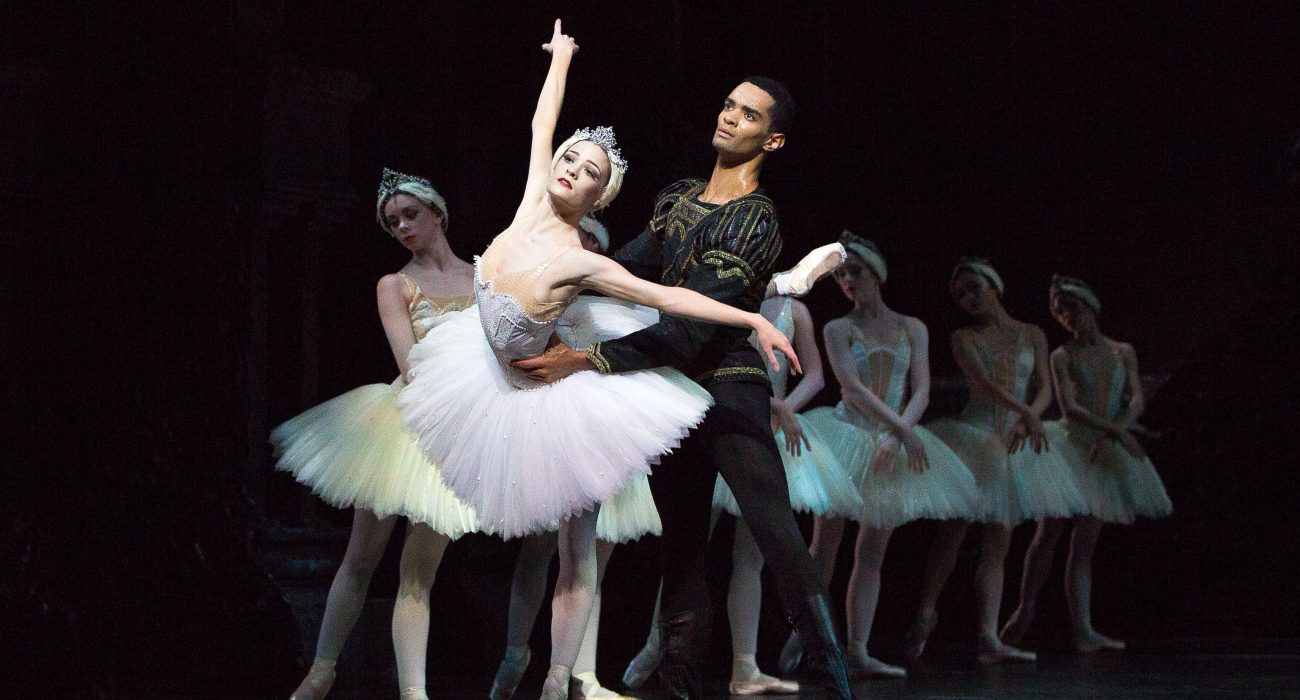 Ask anyone: Swan Lake is an iconic story. Everyone knows the music and has a vague idea about the plot, even if they’ve never actually been to see it. I had the pleasure of attending the Birmingham Royal Ballet’s adaptation of this iconic piece and was left feeling nostalgic and impressed.

The first act somewhat dragged, which tends to happen with ballet as it’s really important to establish context since there is no dialogue. I thought the opening ensemble dances were a little out of sync, but the dancing from Prince Siegfried‘s friend Benno (Tzu-Chao Chou) was superb.

The second act explains how Siegfried (César Morales) and Odette (Momoko Hirata) meet for the first time, which happens after he sees her transform from a swan to a princess. I was really looking forward to seeing how they might have done this on stage but was left a little disappointed and frankly confused.  It was difficult to tell when she was a swan and when she was human. In ballet, the dancers use their arms a lot, but it made it hard to tell the difference between the typical elegance of the dance style and swan-mode.

That said, as an ensemble of swans, whether they were human or not made no difference to the incredible dancing. They came on stage one after the other, completely in sync with the music, seemingly never-ending – it was like watching a magician pull a string of scarves out of a hat. By the end, there were 19 dancers dotted around the stage in perfect formation. They moved as a gorgeous, white, sparkling mass.

After having my spirits slightly lifted in Act Two, Act Three took an even better turn. The setting was Siegfried’s birthday ball – the costumes were very beautiful, and the dancing even more so. Whilst I also loved the nod to other cultures in this act, the dancing between Morales and Hirata stood out the most. It was romantic and intimate and of course, the dancing was remarkably well choreographed. Their dance culminated in a burst of endless pirouetting from Odette, which had the audience either on their feet or gasping in amazement – I would give you an exact number of turns, but I was too astonished.

After a short interval, the curtains pulled up for Act Four to reveal a thick layer of fog. The audience waited in anticipation and were rewarded when the entire troupe of swans rose from the fog. I’ll admit – it was one of the coolest things I’ve ever seen on stage. After opting for a pretty simple set – understandable since they had at most twenty dancers on stage at once – it was great to see the use of other elements like this.

That oh-so iconic Tchaikovsky score, beautiful ballet and a passionate story with a tragic ending (spoiler: they both die) is the formula for a standing ovation. Bravo, Birmingham Royal Ballet; I look forward to seeing what they bring to the Lowry next.

Birmingham Royal Ballet continues its UK tour until next month.