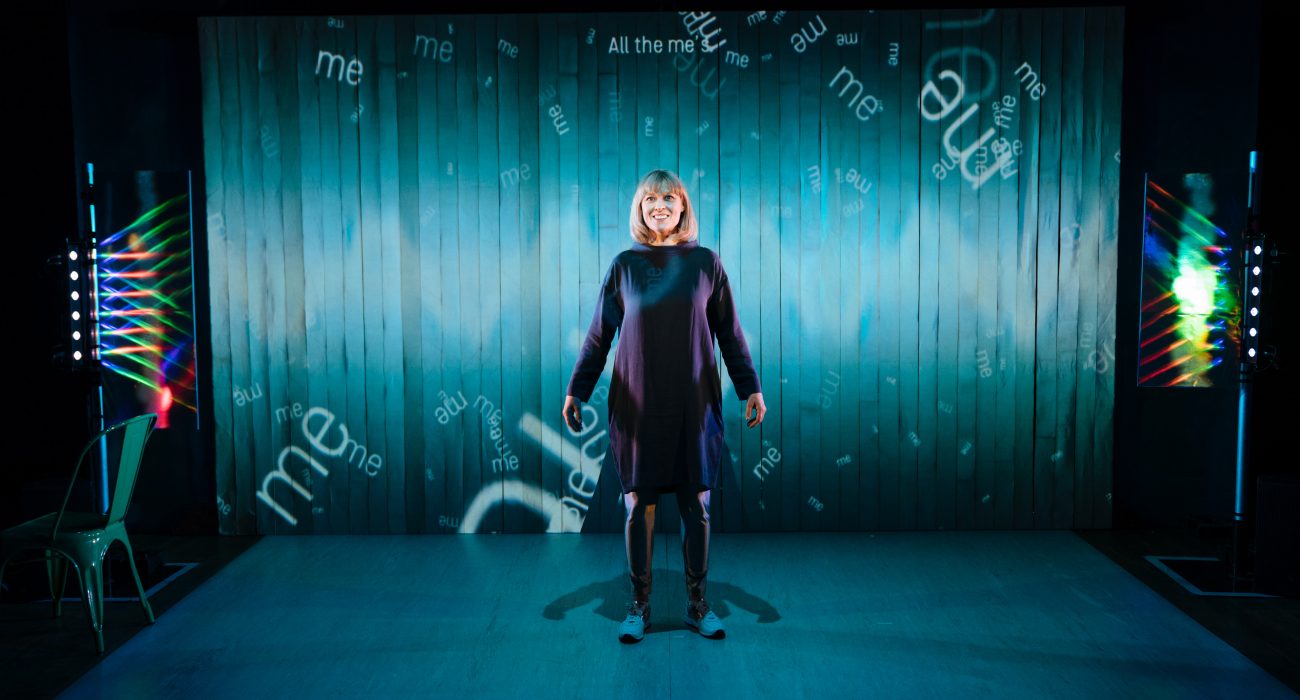 Augmented provides a refreshing account of a deaf person’s experience of the world and an optimistic look towards technologies of the future. In this captioned and audio described one-woman show, Sophie Woolley tells the story of her life from childhood to the present, with dry wit as well as genuine heartbreak.

Augmented depicts the story of a woman losing her hearing as she reaches adulthood and then getting a cochlear implant. Focus is not on the difficulty of losing hearing but on the massive effects on social exchanges after getting the implant.

Sophie Woolley’s story is a very important one. It teaches of not assuming you understand someone else’s perspective, through her accounts of consultations with surgeons and conversations with loved ones.

Some memorable moments brought about by the implant were a “musical interlude”, where Woolley danced around in total silence for a few minutes before revealing that she enjoyed streaming music directly to her implant; a delightful impression of a surgeon “with a God complex”, which Woolley embodied hilariously, while also bringing to light the issue of deaf people being treated as victims; and the astonishing extent of patronisation she received from hearing people after getting the implant.

Woolley offered some great embodiments of other characters at times but I wish she had taken them further. I never really got to know who these people were. I do believe some moments were slightly misguided, however. Near the beginning, I thought a big part of it was going to be about men being trash, because of an awkward conversation with “Match Boy” near the beginning of their relationship. But this theme didn’t go anywhere, leading me to believe this anecdote was purely for comedic effect. I believe the intention was for things to be working on multiple levels and to jump backwards and forwards through time, but I don’t think they attempted this with enough conviction.

There were captions stating the year we had travelled to, but there was little change in tone and aesthetics, so I got lost in terms of the narrative progression. It is very difficult in a one-woman show to have enough variation to keep the audience interested when you are seeing the same actor in the same place talking to the same people the whole time. This form is great, however, in its potential to enable audiences to become invested in the character, but a clear story is needed for this.

While the story of Augmented was strong, there were things blocking it from achieving the impact it could have. As bizarre as the concluding point – about us all becoming cyborgs – was, it had a beautiful sentiment. It was about finding joy in things that some people might think of as a disadvantage.

The play was similarly powerful through making a point of how people with perfect hearing can be very insensitive, especially in some of Woolley’s anecdotes, like friends going on a spontaneous trip to the seaside that left her sat alone waiting for them to return. This message was so striking because the ablest attitudes that lead to a lack of accommodation of deaf people are seldom discussed. It’s so important that perspectives like Woolley’s are listened to. It is essential that shows like Augmented keep being made so that perspectives that are not often given a voice, like Woolley’s, can reach people and encourage a shift towards a truly inclusive society. It was an honest and generous performance, and one that, with a few tweaks, could have a major impact on its audience.