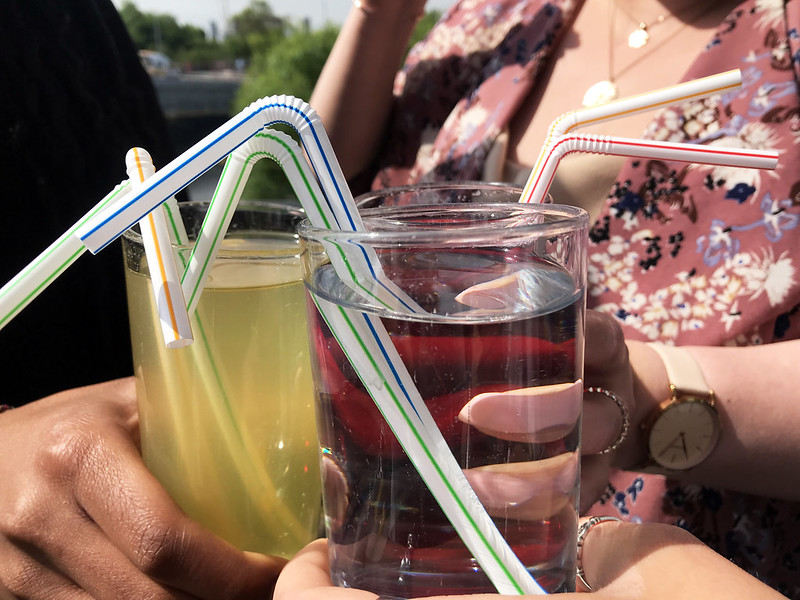 On the 1st of October 2020, the UK government passed legislation making it illegal for businesses to sell or supply single-use plastic straws, stirrers, or cotton buds – but what does this mean for disabled people, and why is it a big deal?

Since the ban was passed, there have been increasing accounts of plastic straws being sold online for ridiculous amounts of money, such as a McDonald’s straw being sold on eBay for £4,500, but more serious implications have also arisen.

So, what is the problem with the ban?

Members of the disabled community have been voicing concerns over the ban, pointing out the negative impact that this would have on disabled people’s quality of life. But often, they were met with silence or shamed for not being able to use alternatives, especially in environmental activist spaces.

Jess Edwards (she/her), a Disabled Students’ Officer at the University of Manchester’s Students’ Union,  argues that disabled people “always seem to be forgotten, particularly when it comes to the environmental movement”. She described tackling climate change as “vitally important” but said that it is still not an excuse to exclude disabled people. Jess herself has left environmental groups due to the “sheer amount of ableism” she encountered, as people often forgot about disabled people’s needs and when they were highlighted, people “just didn’t care, saying that the ban is more important than individuals”.

Many disabled people rely on straws to drink and often reusable alternatives just don’t cut it. For many people, such as those with Autism, Down’s Syndrome, or dyspraxia, using a single-use plastic straw is the easiest, and sometimes only, way to drink. Using alternative straws can be harder, more dangerous, or even life-threatening – (CW: light injury description) Elena Struthers-Gardner, who struggled with mobility difficulties, recently died after falling onto her metal straw. 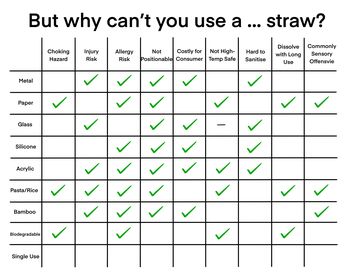 Credit: Carter-Jay Rowley (he/him) | Based off graphs from Sarah Packwood and @rollwthepunches (Twitter)

Bobby Kent (he/him), a student at the University of Manchester who is affected by Spinal Muscular Atrophy Type 2, stated that whenever he leaves the house, he must remember to bring his own straw with him, “otherwise there’s no guarantee [he’d] be able to drink, unlike everyone else”.

He said: “I rely on straws to drink while out because I can’t lift heavy cups to my mouth. However, when the straw ban came into place, it became a lot harder to do this independently. Other times I’ve forgotten my straw and got to a restaurant only to have to ask for help with my drink, which is incredibly embarrassing. And even then, when I do take my own straw it’s quite an isolating experience. When straws are just generally on offer – or even reserved for disabled folks who ask – it feels a lot more natural to have one.”

Didn’t the government make exceptions for these situations?

The government has included an exemption that allows hospitals and hospitality to provide plastic straws to those who need them. However, further information on this is incredibly difficult to find, resulting in many places not even knowing the exemption exists, and therefore not stocking suitable straws.

Likewise, making the sale of single-use plastic straws illegal everywhere but registered pharmacies means that businesses and disabled people have to go to more difficult and costly lengths to get hold of them.

Jess Edwards commented: “The law does state that exceptions will be made for disabled people, so in theory, people could still get plastic straws if they need them. But with anything like this, it will inevitably lead to the problematic situation of people being asked to prove their disability. In some situations, it wouldn’t surprise me if people are outright refused straws because the person serving them doesn’t deem it necessary for them.”

Being forced to “prove” a disability, and even being denied access needs because an abled person doesn’t think they’re necessary, is an incredibly common issue for disabled people. So, even with the illusive accommodations, it isn’t guaranteed that this will be the reality.

What else is the government supposed to do?

Following the controversy surrounding the plastic straw ban, the policy has also been called out as an attempt to place the bulk of environmental responsibility on individuals. The ban has been accused of creating a façade of environmental consciousness for the government, when really it’s an easy way out that allows them to avoid having to sacrifice profits or annoying large companies.

Jess Edwards argues that “the effect of banning straws on the environment is arguably very negligible, but it will have a huge impact on those people who rely on them to do something as every day as drinking.“

I am not arguing that we should not be taking any individual responsibility for climate change, because every small step in the right direction helps, but we have far less responsibility than the government is implying. Our individual plastic use is certainly not enough to justify endangering and seriously reducing people’s quality of life.