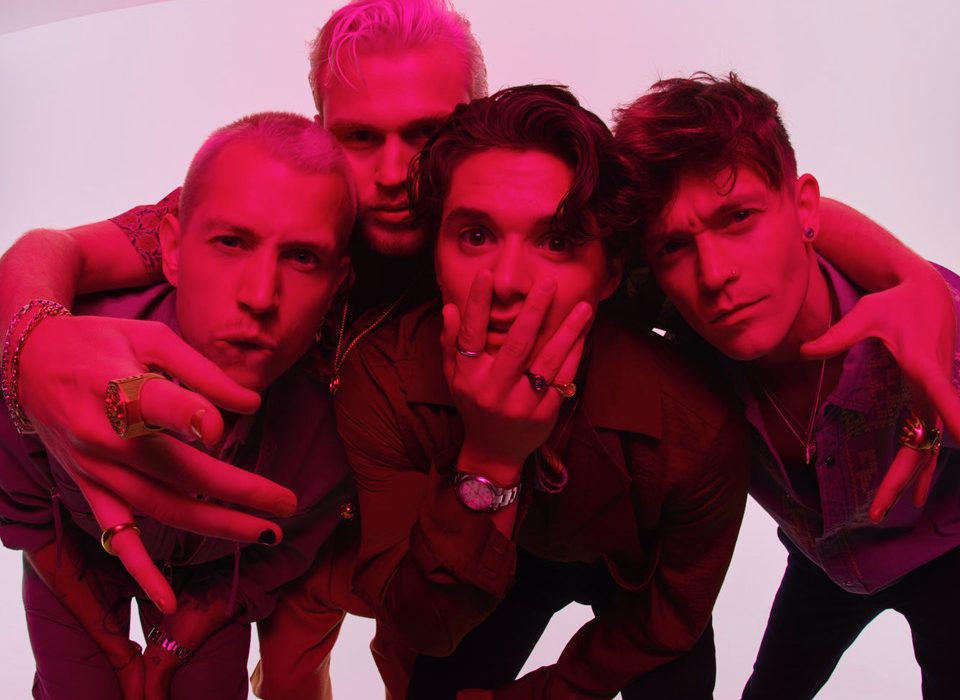 The Vamps released their 5th studio album Cherry Blossom on the 16th of October this year.

I sat down with James for a chat about the making of Cherry Blossom and about how the past few months have affected the band.

Traditionally, Cherry Blossom flowers are considered symbolic of renewal or rebirth and with their latest album, The Vamps have displayed to the world their very own musical rebirth. Coming from a background of catchy pop music, they have now taken their energy to a different level and released a record that is ultimately powerful.

About releasing Cherry Blossom in this time of uncertainty, James says this: “We did consider pushing back the album but […] we wanted to think about the people that appreciate or need our music most.” He also states, “I definitely have felt that music has really helped me throughout this period”, and “if there was ever a time to release music, it would be now”.

When asked about how this album release feels different from previous releases, James tells The Mancunion that “it’s really important to make sure that with each album you take time to consider exactly what you want to do […] and that’s what we did this time around”, before also adding: “We took two years off from releasing an album to redefine the sort of band that we wanted to be.” This break has led to an album that is very different from any of their previous releases.

To the listener, the ten-track album is an emotional rollercoaster: lyrically, from “If I walked out the door would you even notice” to “I think we might get married in Vegas” – there is a text line for every mood.

He proceeds to tell me about how their songwriting process has changed over the years — from playing the guitar and coming up with melodies in their bedrooms to learning how to use modern methods of production. “You can make a song on your laptop without an instrument, which is kind of strange, being a guitarist”, he admits while laughing.

Having written the better part of the album before 2020, the work that the band did on Cherry Blossom this year mainly consisted of “finishing off things” via zoom calls and assembling the album as a whole.

The structure of the album creates an organic flow from one track into the next, turning a mere collection of songs into a work of art in its own right. This feeling is also promoted by the cover art which picks up the theme of cherry blossoms and plays with geometric shapes in millennial pink and gold. James explains that throughout lockdown, the band has had the opportunity to get involved in the creation of the artwork and music videos in ways that they had never been able to before and that they “really wanted to incorporate physical artwork with music.”

A good part of Cherry Blossom consists of upbeat songs and immediately conveys its self-confidence and unrestrained energy onto the audience. This feeling is established right at the beginning of the album with ‘Glory Days’, a song that relishes in the feeling of being alive and living life in the moment and that builds up the energy for the rest of the record. Tracks like the lead single ‘Married In Vegas’, ‘Better’, and ‘Nothing But You’ have a drive that is unparalleled in previous albums and that draws the listener into a world that is bright, fast-paced, and fun.

The more upbeat tracks are interspersed with ballads like ‘Protocol’ — a song with an acoustic feel that lives off its guitars and soft vocals and will get anyone who has recently gone through a breakup all in their feels.

The last track  ‘Treading Water’,  gives the audience their fill of guitar melodies and closes the album with the statement, “First I really gotta work on me”.

Cherry Blossom is primarily sustained by its use of different instruments and by the interesting and diverse song production that is displayed. Clearly an album that is meant to be played live, with elements that will make the songs particularly exciting for the band to play in a live setting and are especially appealing to a live audience. This will no doubt be a great benefit for The Vamps upcoming 2021 UK tour with dates in various beloved venues around the country, including Academy 1 in Manchester. For anyone wondering what song to look out for in the setlist: James thinks that “‘Nothing But You’ will be a good one to hear live”.

With music lovers up and down the country wishing they could attend live shows, James emphasises the importance of art during this time: “The beauty of art, for me, is that you can interpret it in any way that you want and take it for how you feel it should be taken” and, more specifically, “Music as an artform is brilliant because hopefully, it can unify people”.

Cherry Blossom, above all else, is an album for feeling good, for dancing, and for delving deeper into your own thoughts, leading you to rediscover yourself through a musical journey.