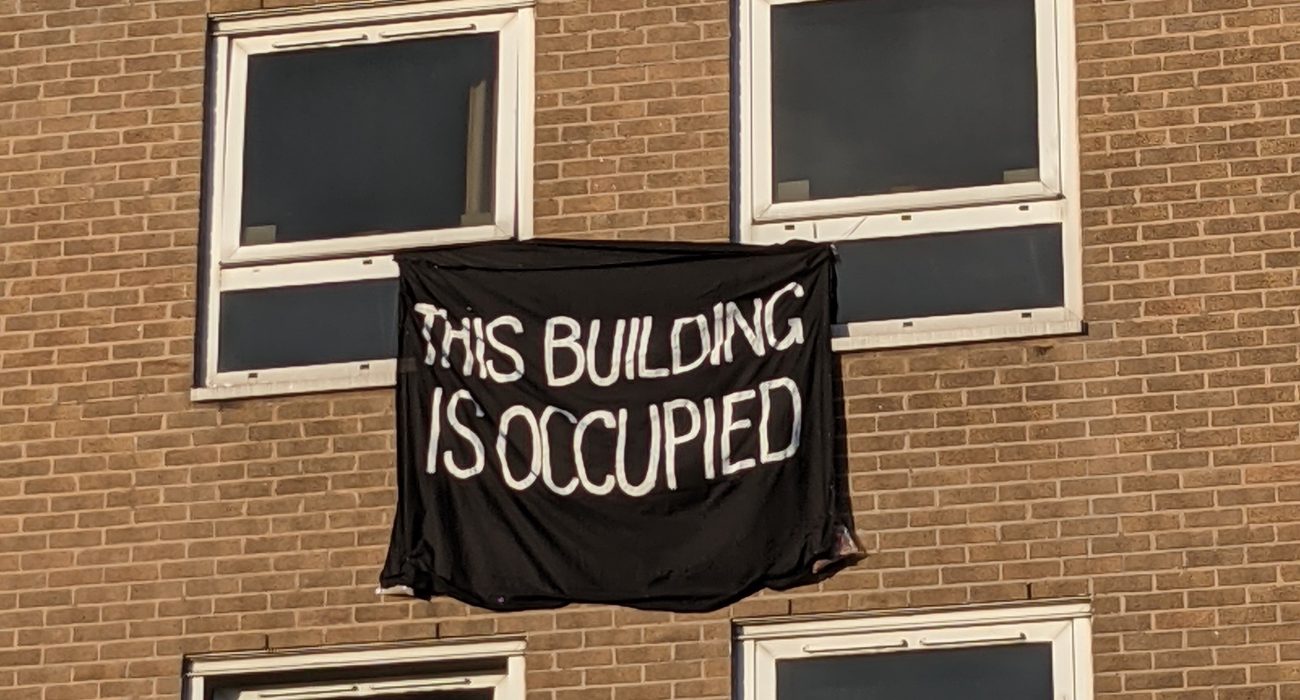 At about 10:30 am yesterday morning, a group of University of Manchester students (including myself) began an occupation of Owen’s Park Tower in protest against the treatment of students by the university since Semester 1 began.

We have always viewed this action as a last resort, and we know that we won’t be leaving until Nancy Rothwell sits down with us (over Zoom) and listens to our demands, which you can read here.

Once in the Tower, the first task was to try and secure a space for us to live in for the foreseeable future – this meant running around the building with padlocks until we managed to secure ourselves a floor. 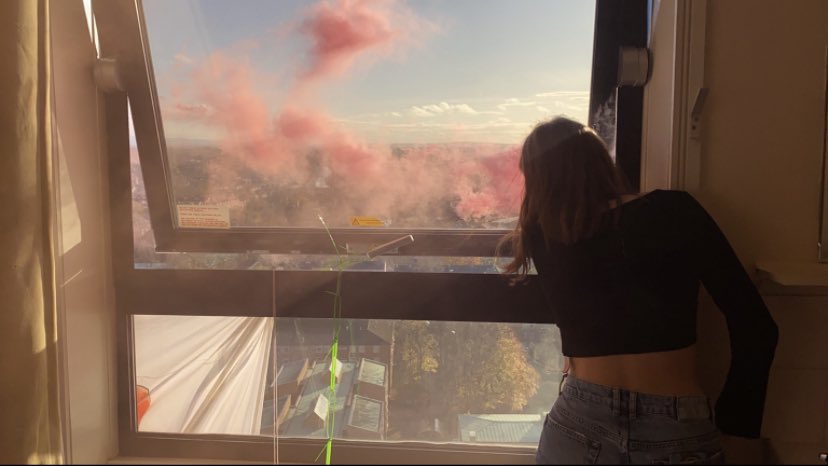 Students set off flares from the top floor of Owens Park Tower as the protest began. Photo: UoMRentStrike

Unfortunately, this step didn’t quite go as planned, as we promptly ran into a cleaner while trying to decide how we could block off the lobby from people trying to enter.

After a brief conversation with a thoroughly unbothered cleaner, security cottoned on to our presence in the Tower – though by this point we had people on each of the doors and our Section 144s up – now we can’t legally be removed from this building.

From then onwards it was relatively plain sailing. We didn’t have any problems with security, though they did issue a notice saying they’d kick us out if we broke any of their rules – drinking, smoking, criminal damage. Not too difficult to comply with. 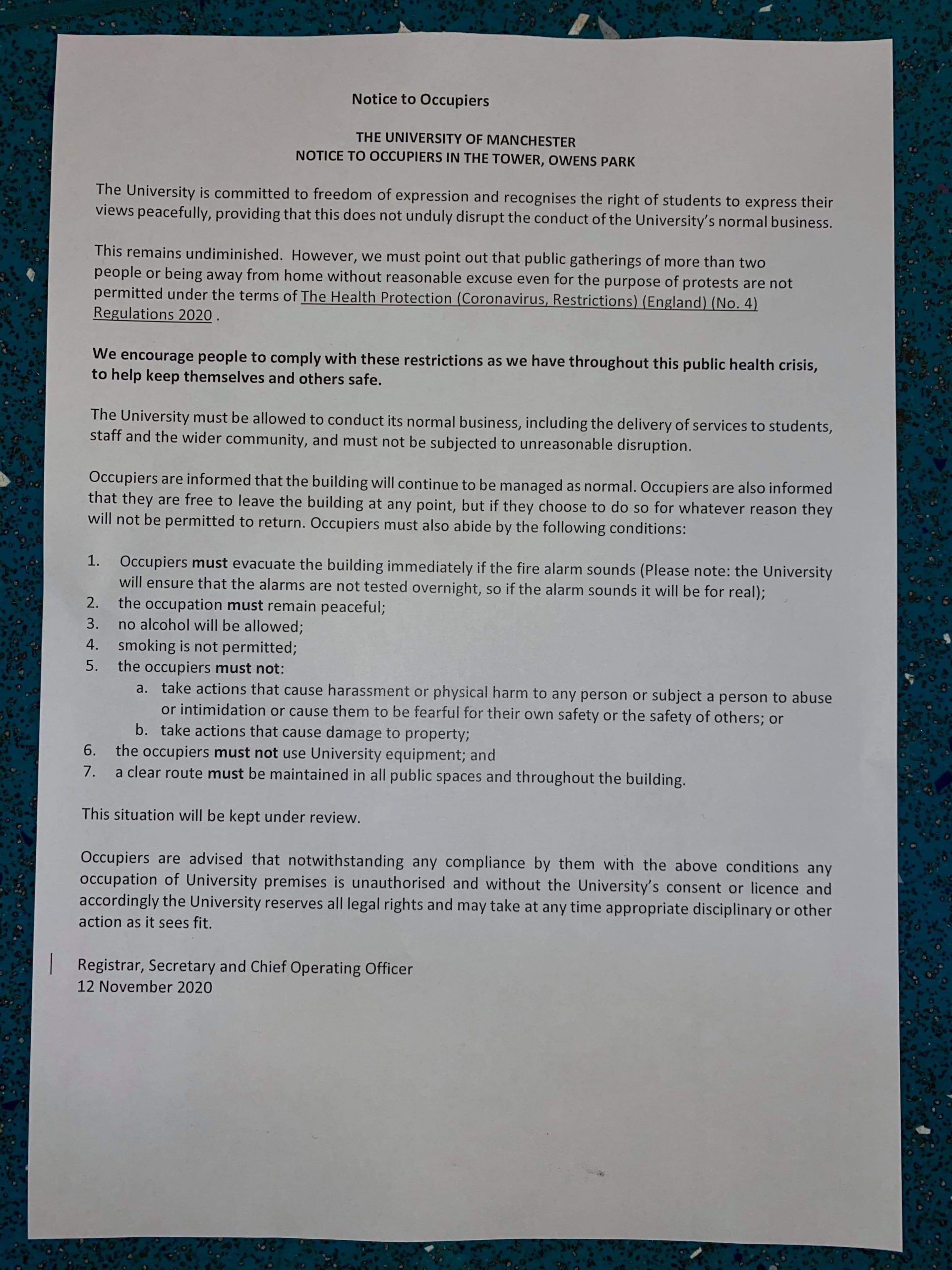 The letter protesters received from the University. Photo: Lucy Nichols

We did notice a gradual increase in police presence as the evening went on. There were a couple of PCSOs stationed outside the front doors of the Tower from the afternoon well into the evening.

Then we sat and watched as Fallowfield descended into chaos, and students were hounded back into their halls by an overzealous police force, riot vans and all. 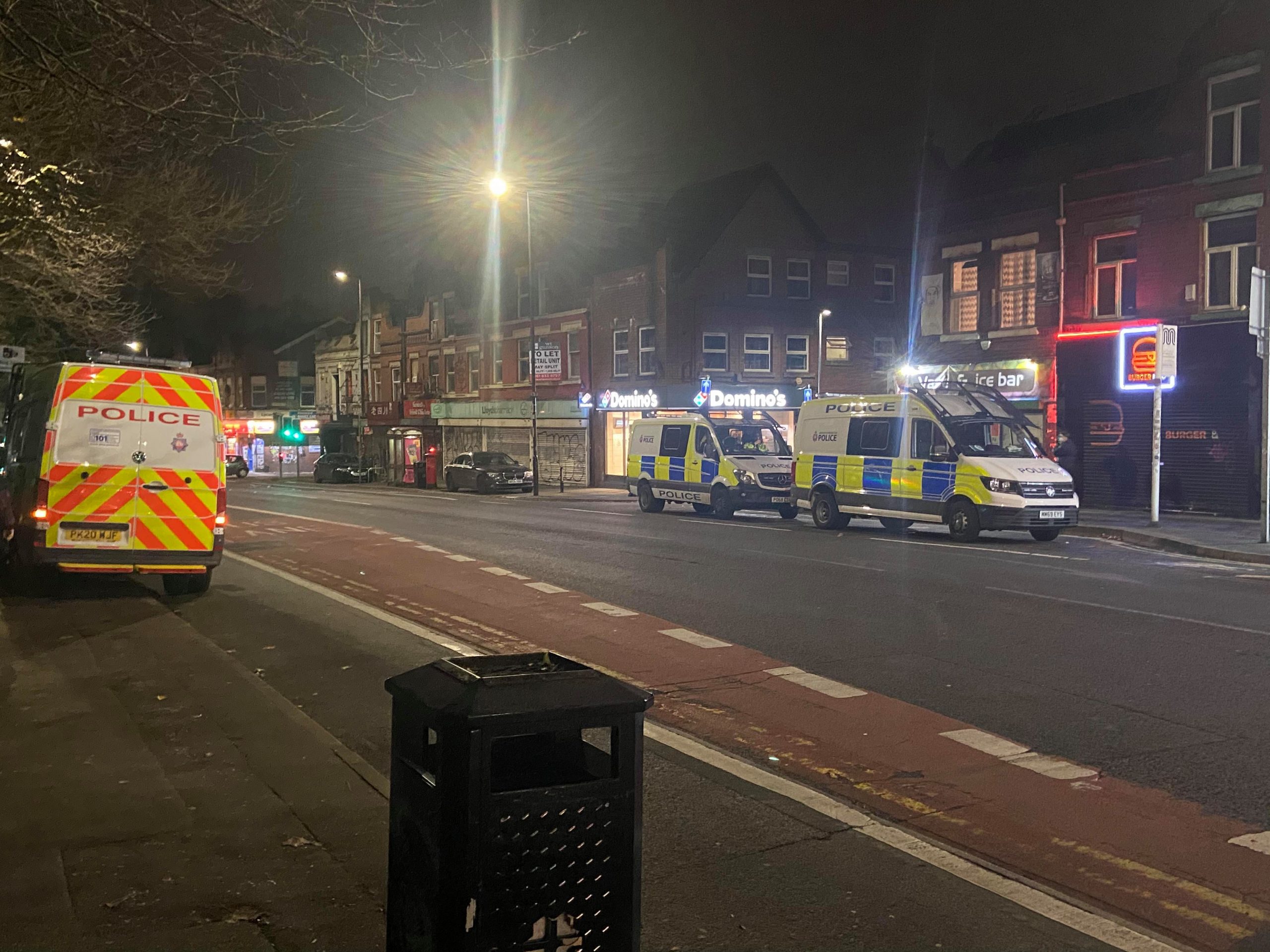 To have this happen in a University, residential setting makes it even worse. This campus should be a place for young people to safely experience everything University has to offer, without fearing policemen or the security hired by the University of Manchester. 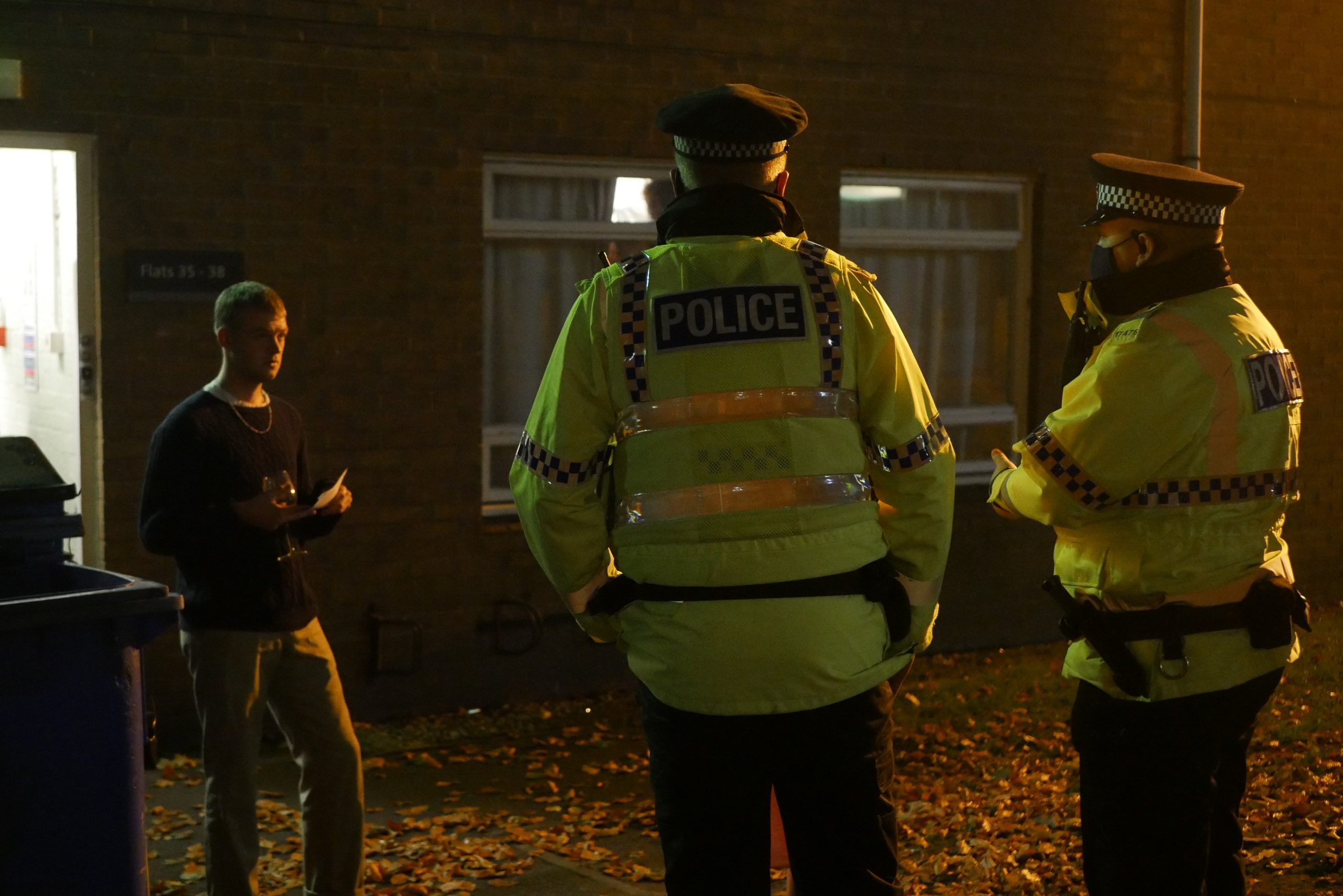 A student is greeted by police as he leaves his accommodation. Photo: Antonio Ross

It was at some point during this madness that we realised our access to WiFi in the Tower had been completely cut off. Not only did this mean we were unable to access online learning last night and this morning, but we were unable to talk to our friends and family on the outside.

Thankfully, after an intervention from a number of Fallowfield Councillors, and the wonderful MP for Manchester Gorton, Afzal Khan – our WiFi access has now been restored.

I could never have predicted the level of support we’ve had from people all over the country, which has been amazing. Perhaps more crucially is the outpouring of enthusiasm that we’ve seen from students here in Fallowfield.

We’ve seen signs in windows, people shouting in messages of solidarity, and even a mystery package of sweets and a Pride Flag delivered to us!

What will happen in the next few days remains to be seen, though in the Tower morale is high – largely due to the amount of love we’ve had from everyone! We will keep on fighting for justice and will continue to update students with the progress we make.