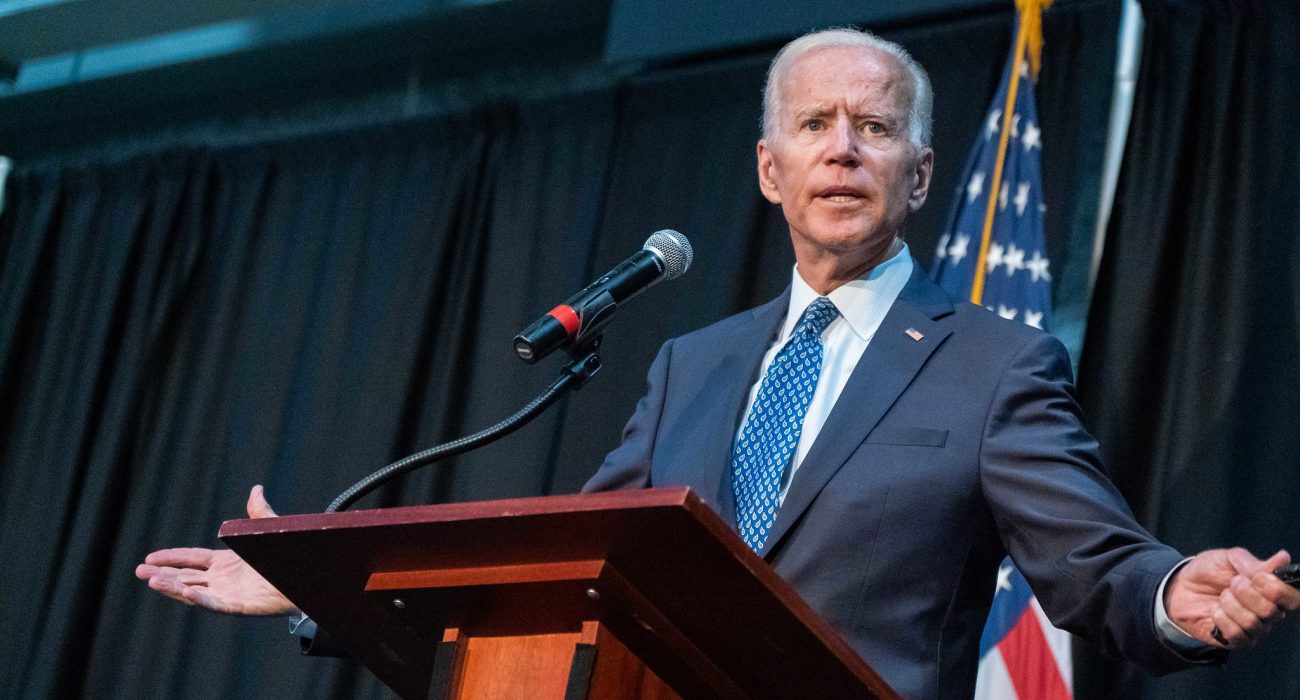 The recent election victory saw Democrat nominee, and now president-elect, Joe Biden secure a win for his party, with a mass wave of Black voters, first-time voters, and young people turning out to polling stations. But the US tendency to lump all South and Central Americans living in the US as ‘Latino’ has prevented the Democrats from effectively targeting the micro-communities within the umbrella.

Biden’s lacklustre Latino-oriented campaigns made headlines when he was welcomed at a Hispanic Heritage Month event playing Reggaeton hit Despacito out of his phone, and has since made little effort to target the Latino groups, allowing Republican nominee Donald Trump to confidently swoop in and appeal to them.

Representative Alexandria Ocasio-Cortez (AOC) tweeted she’d been “sounding the alarm about Dem[ocratic] vulnerabilities w/ Latinos for a long, long time”, and with around 30 million eligible Hispanic voters, she was right in criticising the Democrat attempt, or lack thereof, at gaining last-minute votes.

The Pew Research Centre reports that there are nearly 8 million eligible Latino voters in California alone, with Latinos making up to 43% of eligible voters in states such as Texas, Florida, New York, and Arizona – enough to swing a vote.

Latinos have now become the largest minority group in the US, and the country now stands as the second-biggest Spanish-speaking country after Mexico, even beating Colombia and Spain. Nearly half of New Mexico’s population are Spanish-speakers, and there are significant concentrations in New Mexico, Arizona, New York, and of course, Texas.

It is no surprise then that there has been a growing emphasis on gaining the Latino vote in recent years, from both Republicans and Democrats.

An astounding 29% of Latinos said that they would vote for Trump, and while this number doesn’t compare to Biden’s 70%, it is a significant blow to a man who spent a majority of his campaign reaching out to minority ethnic groups – most significantly the African-American community.

But while Biden, and his Democrat predecessors, Bernie Saunders and Barack Obama, solidified their position with the African-American community, there was little work done to appeal to their growing Latino voting base.

The result? Whilst Donald Trump was out pursuing Latinos, Biden simply relied on them falling behind his African-American base.

Latino is a word with many meanings

It is commonly interchanged with Hispanic, creating an inaccurate representation of the US population. Black Brazilian-Americans are Black in ethnicity, but Latino in culture, and not Hispanic due to the  Portuguese colonisation of Brazil. Whereas Mexican-Americans are both Latino and Hispanic, but also white – and the majority of Mexican-Texans also identify as Texan.

The multi-racial element of being Latino makes the intersections of race, generation, education level, immigration history, political identity, social class and degree of assimilation imperative in analysing voting habits, as well as the ‘Latino experience’ in the US.

A lack of data differentiation makes it easy to lump everyone who speaks Spanish, or comes from anywhere below Mexico, into the Latino category.

We must abandon the idea that Latinos are a monolith

Latinos range in skin tone as much as we do politically – from a heavily Catholic abuelita who fears what a pro-choice bill would mean for abortion, or what same-sex marriage will do to her family; to freshly immigrated Venezuelans who fear anything resembling liberalism, living in terror at being subjected to Maduro’s reign again; to mixed-race Puerto Ricans who’ve grown up in liberal NYC and are ready to fight for a more progressive future.

Equally, there are Catholic Latinos who support same-sex marriages, Black Puerto Ricans who’ll back Trump, and Venezuelans who think that a left-leaning White House is the future. Not analysing these differences in data leads not only to a lost vote, but a loss of funds for places who need them most, and a lack of outreach because there is no one to decide who to reach out to.

For example, the steady base of conservative Cuban-American voters in Miami have an established rapport with Trump, because, after emigrating post-Cuban revolution, they may not have particularly fond memories associated with communism.

Subtle red-scare tactics employed by Trump will associate Democrats with socialism, and slowly impact the way policies are perceived, such as Medicare. Exiled Cubans and Venezuelans will have first-hand experience, and their children will have grown up with the idea that socialist governments are dangerous.

Trump’s approach towards Cuba will come across as being hard-line on socialism, giving those with negative experiences a sense of security for their American future, thus making Trump more attractive to voters.

Mexican-Americans, however, have different experiences to Cuban-Americans, but nonetheless work in the same way. There are high numbers of Catholic Mexican-Americans, who will be attracted to more conservative policies, such as the Republican pro-life stance, as well as the messages of lower taxes and lower costs of living.

Furthermore, third and fourth generation Mexicans will have weaker cultural ties to Mexico and the Latinidad identity – first, they are Texan, then American, then Mexican. Arizonan Latinos mean long-time residents, have assimilated five or six generations ago, due to the history of Latinos in the state.

When Trump talks about undocumented immigrants crossing illegally to steal jobs, or building a wall to keep the ‘swarm’ out, they are not included. Their family is not included. Because their families are hard-working, entrepreneurs, who have been in the US for generations. Trump’s reaffirmations of traditional Latino values – business, hard work, family successes, makes him more attractive. Gone are the days of Build the Wall. Now? Build your family, and Trump’s hand is there to help.

New Yorkers, whether mixed-race, white, or black, will have grown up surrounded by hundreds of identities. Inner-city Latino life has changed from predominantly Puerto Ricans, with Colombians, Peruvians and Ecuadorians making up significant numbers in NYC’s Latino population. Issues such as sustainability, housing and education are more prevalent, and being surrounded by less conservative viewpoints results in higher levels of interest in social justice and community-based issues.

The most prevalent issues for the Latino community, are as complex and diverse but are along the same lines. Humane immigration laws, combined with effective border security and a shorter and simpler path to legalisation is the most prevalent view documented by the Texas Organising Project Education Fund (TOP Ed Fund), who interviewed various Texan Latino voters. This can lend itself to Republican and Democrat leanings, and so both parties have an opportunity to attract voters.

The TOP Ed Fund analysed the Texas Latino votes, and discovered there is no strong partisan identification. This is due to the lack of cultural affinity between Latinos, which would come together into one ‘Latino vote’ – there is not one unified view. Furthermore, there are high levels of voter disengagement in Latino-dense regions due to the lack of representation, at all levels of government.

For example, while many voters interviewed said Spanish was not a defining factor in electing a representative. However, an affinity for, or a clear attempt to learn, would show a commitment to the community, making the representative more attractive. AOC, for example, has done a pretty good job at this. She has shown a strong connection to her roots, and therefore her community, by emphasising her humble background, and making efforts at greeting her Spanish-speaking events in Spanish.

Latinos will swing the next election

The Latino vote has power. And while Biden managed without this time, he must do more if he is going to win a second term in office. Trump’s campaign somehow managed to steer away from the MAGA and wall-building emphases of the 2016 election, and allowed him to effectively target the different subgroups within the Latinidad identity. His messages emphasised economic mobility, entrepreneurship, family values, education – all of which, culturally, are strong points in the Latino voting mindset.

It turns out that the Latino community has more in common with rural, white, predominantly-Trump regions, and Trump took advantage of that. Biden was too busy creating progressive policies to appeal to the younger generation, and forgot that there is no automatic Democrat vote just because you’re a minority. He must cultivate and develop better relationships with his Democrat Latino voters if he’s going to succeed in 2024.