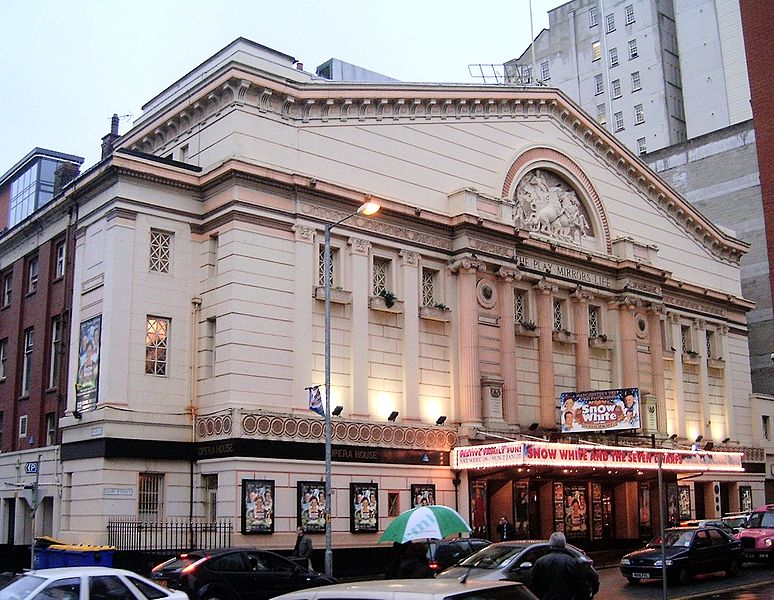 As announced previously, funding from the National Lottery will allow pantomimes to be staged around the UK this Christmas, including an all-star spectacle at the London Palladium.

But fear not, Mancunians, in this instance, Manchester is not being left out!

With social distancing guidelines reducing capacities so significantly that many theatres are struggling to break even, the National Lottery has decided to pay for the seats that have to remain empty. This allows theatres to put on elaborate pantomimes with social distanced audiences – without going broke!

The annual ATG pantomime in Manchester takes place at the Opera House, the sister venue of the Palace Theatre. Scheduled for this year was Aladdin, which unfortunately had to be postponed until 2021. Instead of bringing Aladdin forward, ATG have opted to create a new pantomime for the 2020 season: Sleeping Beauty.

Sleeping Beauty is set to star Salford-born comedian and musical theatre actor Jason Manford, who will be making his panto debut. Manford starred in the lead role of the musical Curtains, which The Mancunion reviewed when it played at the Palace Theatre last year.

Manford will be joined by variety entertainer Billy Pearce, who is transferring to Manchester after a 21-year panto stint at Bradford’s Alhambra Theatre; TV and theatre actress Jodie Prenger, in her fifth appearance at the Opera House; and actor and veteran pantomime dame Eric Potts.

If all of this was not fabulous enough, it has just been announced that ATG will be gifting free tickets to the heroic NHS staff – in fact, all of the tickets for the first evening performance will be given to NHS staff (and their households) for free!

Sheena Wrigley, Theatre Director Manchester Palace & Opera House said, “we are thrilled at the prospect of working with Qdos Pantomimes and re-opening the historic Manchester Opera House with this festive family show.  It’s especially important that we can play our part in keeping one of the city’s great Christmas traditions alive after what has been an especially challenging time for communities in Greater Manchester. Our wonderful NHS staff can enter a ballot for free tickets for their families at healthservicediscounts.com, our way of saying a huge ‘Thank You’ for everything they’ve done this year. The support of The National Lottery has enabled us to bring some light and joy to the people of our city and to support some of our fantastic Palace & Opera House team as they return to work on this special show.”

NHS workers just need to head to healthservicediscounts.com and register for the ballot. The ballot will be open to NHS workers from Monday 16 November – 29 November to win a maximum of six tickets per household/bubble for the first evening performance at Manchester Opera House on Saturday 12 December 2020. You can register for the ballot, from Monday 16 November. Winners will be notified by Monday the 7th December.

Sleeping Beauty plays at the Opera House the 12th of December to the 3rd of January .