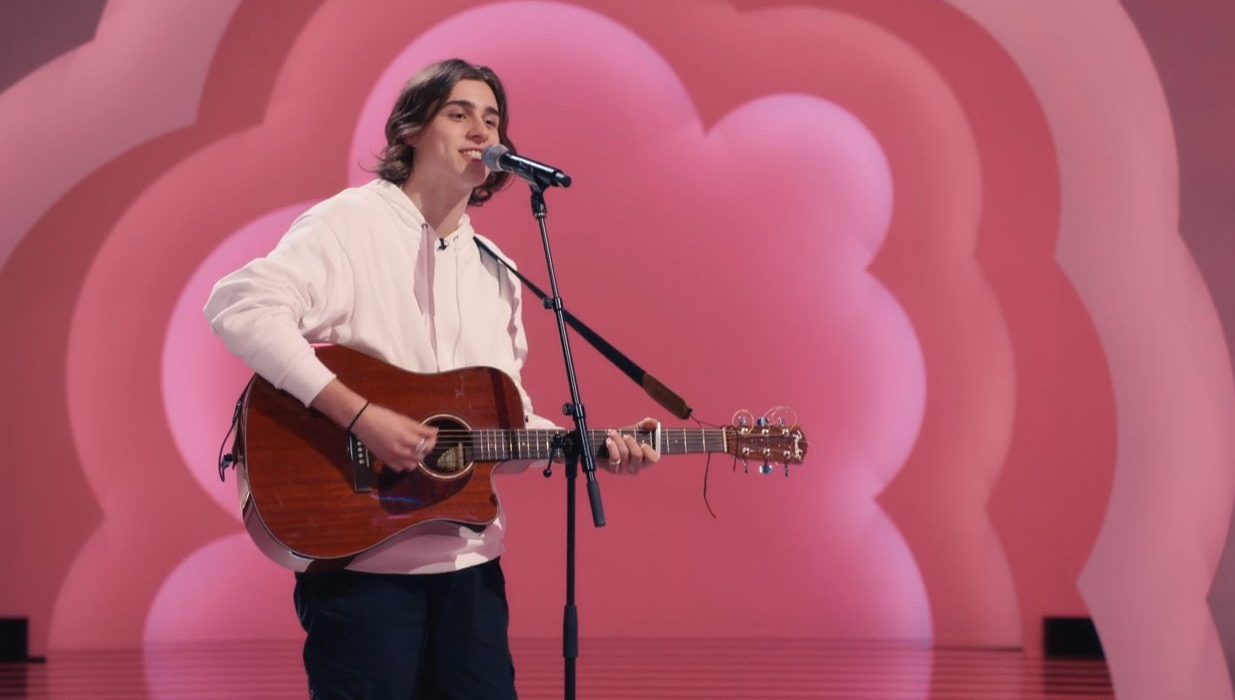 This article series – A Tough Act to Follow (get it?) – is an exploration into the performative nature of social media. Each feature will see me interviewing an Instagram influencer, social media personality, or somebody who utilises social media to advance their career, as we explore the construction of online identities. 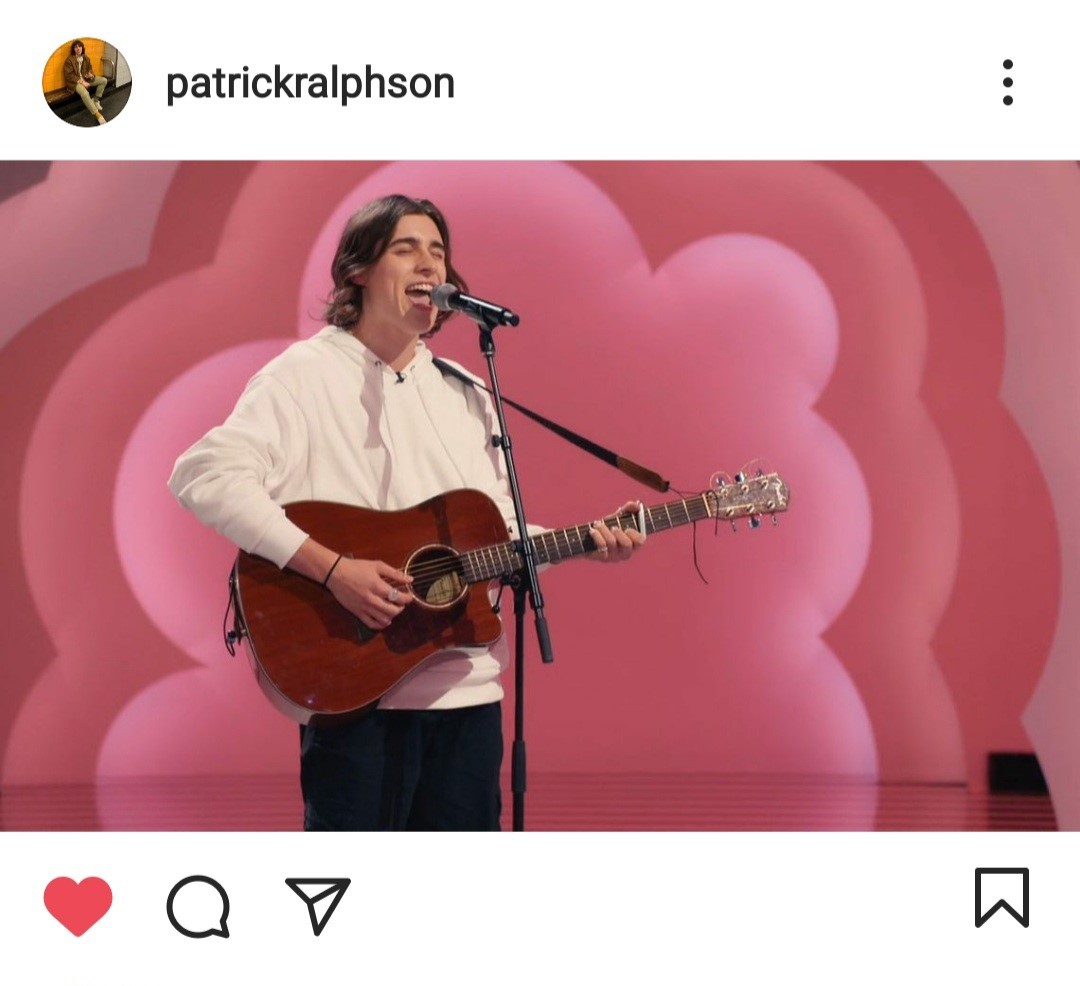 Patrick and I have been friends for over five years, and his sister – who I had seen the morning before our interview – is one of my best friends. This made the interview more relaxed and easy-going than most interviews, though Patrick has a warm presence that could calm a bull in a bullring who had just seen red.

Patrick recently competed on Little Mix: The Search, where he formed the band Since September with three other singers. Since September went on to win the competition, so they will be touring with Little Mix – God-willing and covid-dependent – this year! 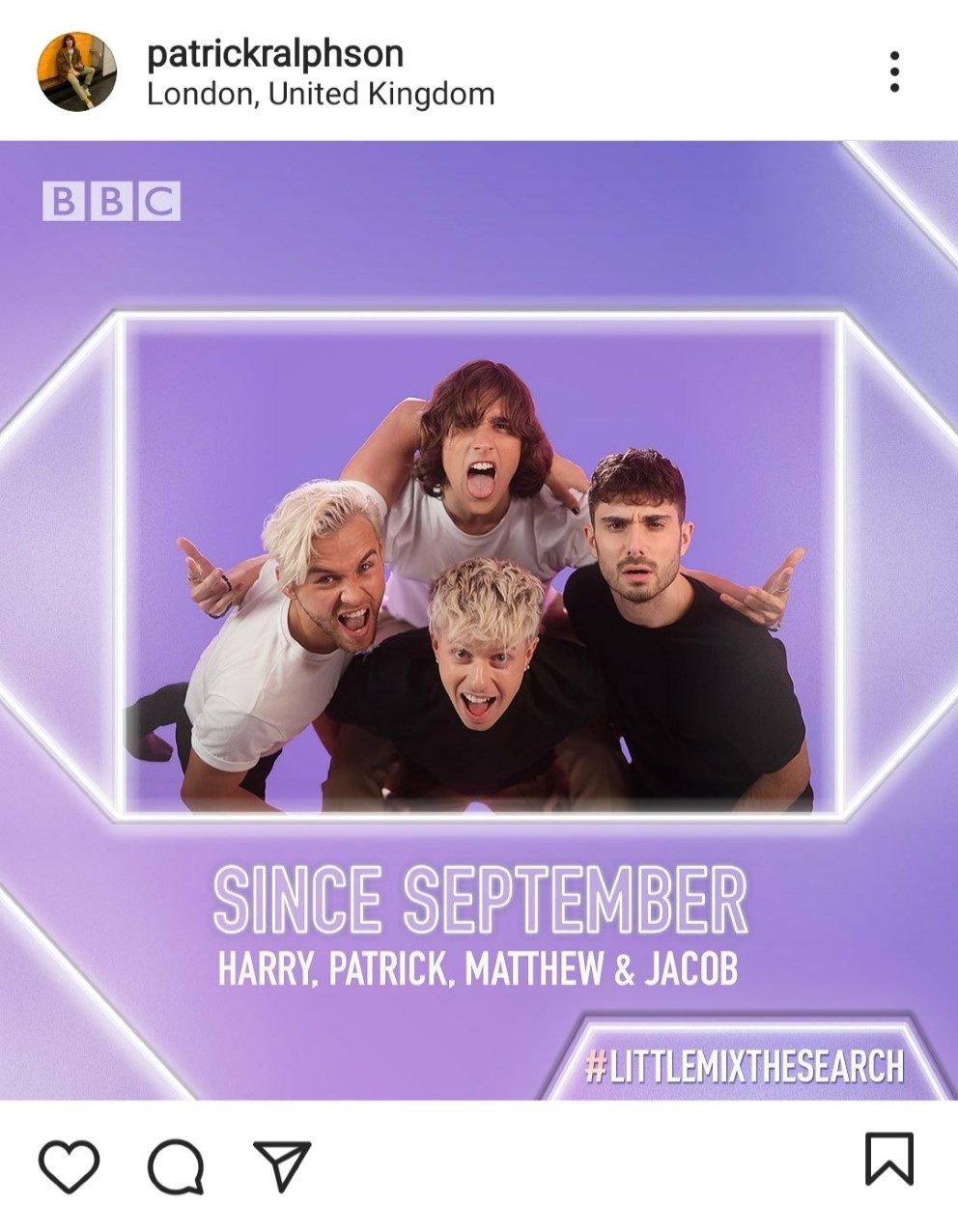 Patrick was not a social media personality prior to competing on the show, but his followers grew massively after his audition was aired on television. Since then, he has gained around 30,000 followers – and counting! Patrick has always been great at social media, and he and his bandmates have utilised it to help their band garner more recognition and notice, especially since most of their fans (and most Little Mix fans) have an intense engagement with social media.

Indeed, social media is a form of free promotion. Since September are not relying solely on external promoters to get their name out there; they are working hard to do that themselves. Their online approachability and accessibility is a part of their brand.

I plan to interview a great variety of social media users: from artists and content creators, to activists and fitness influencers. Patrick’s story uniquely charts the thoroughly modern experiences of being in a band, making him the perfect fit for this social media-based series.

Patrick has been performing since he was young. His supportive sister, Sally, was kind enough to let him perform at some of her birthday parties, where he mesmerised her guests: winning the hearts, minds and interests of many friends (myself included – sorry, Sally).

He used to be in an indie band called Critical Reaction, which played at a few festivals to great reviews. So, whilst Patrick might be an overnight sensation to most people, as is often the case in creative industries, he has been making music most of his life. 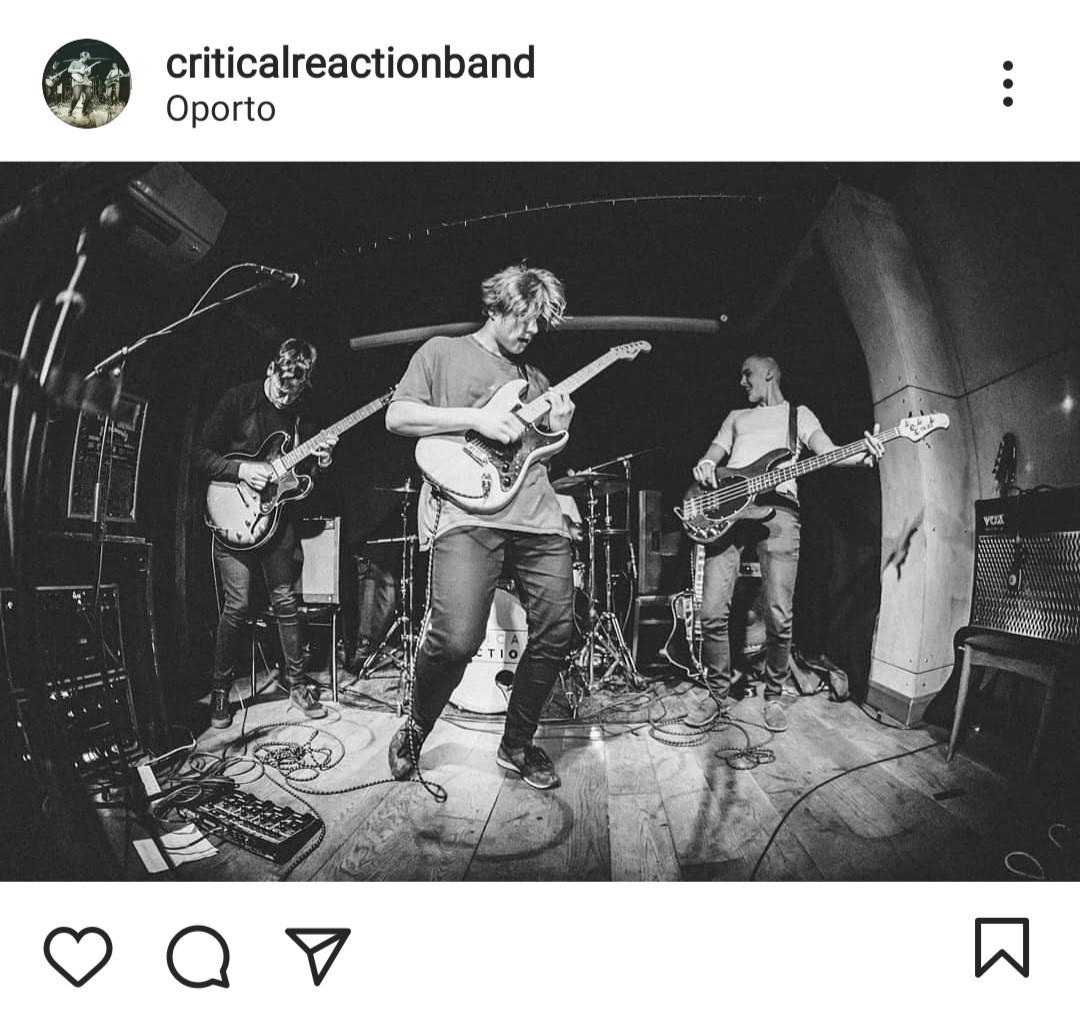 After competing on another music competition in 2016 and not getting past the auditions, Patrick took a chance and auditioned for Little Mix: The Search. He candidly described an inner-debate, fearing he may be missing out on the biggest opportunity of his life.

“All opportunities are good opportunities,” he said. “Even if you do not win a music competition, you have still sung for people; it is still an experience that so many others do not get to have.” 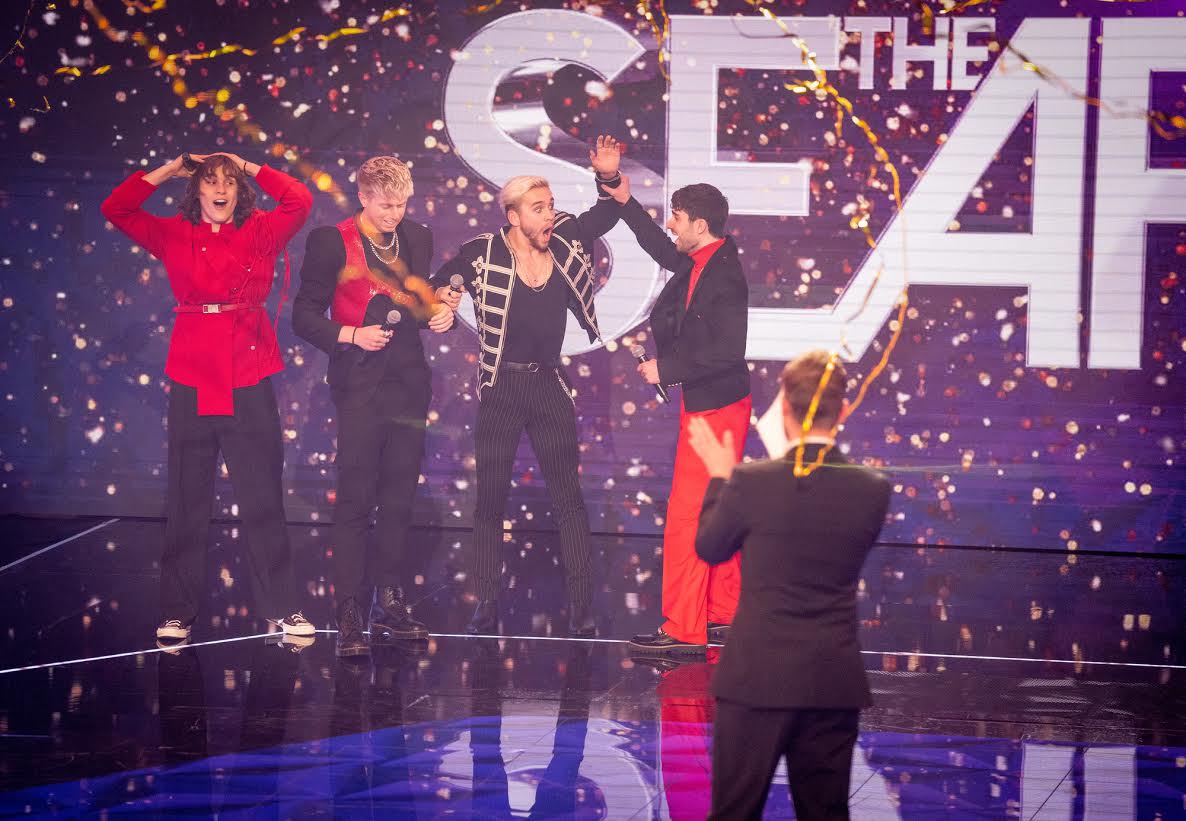 Since September have a natural rapport, which becomes immediately evident across their socials. I asked Patrick if he was worried about the prospect of going into a music competition by himself, and possibly being put with artists who he did not get on with.

Of course, bandmates not getting on does not necessarily mean that a band will not be successful – just ask The Supremes, Oasis, and the Pussycat Dolls – but nobody wants to work in a toxic work environment, especially because infighting often causes bands to break apart.

Patrick explained that prior to being put in the band, he had already met, rehearsed, and socialised with the other guys. He said that the only bandmate who he did not get to know much was Jacob, but he knew that he was just quiet (Jacob, himself, admitted to being shy on his Instagram story) and would soon come out of his shell – which “he did in a major way”. Aside from Patrick, Jacob is my favourite member of Since September – he’s a musical theatre kid who has performed on the West End and with Kerry Ellis – a feat which dahlings, we absolutely stan! 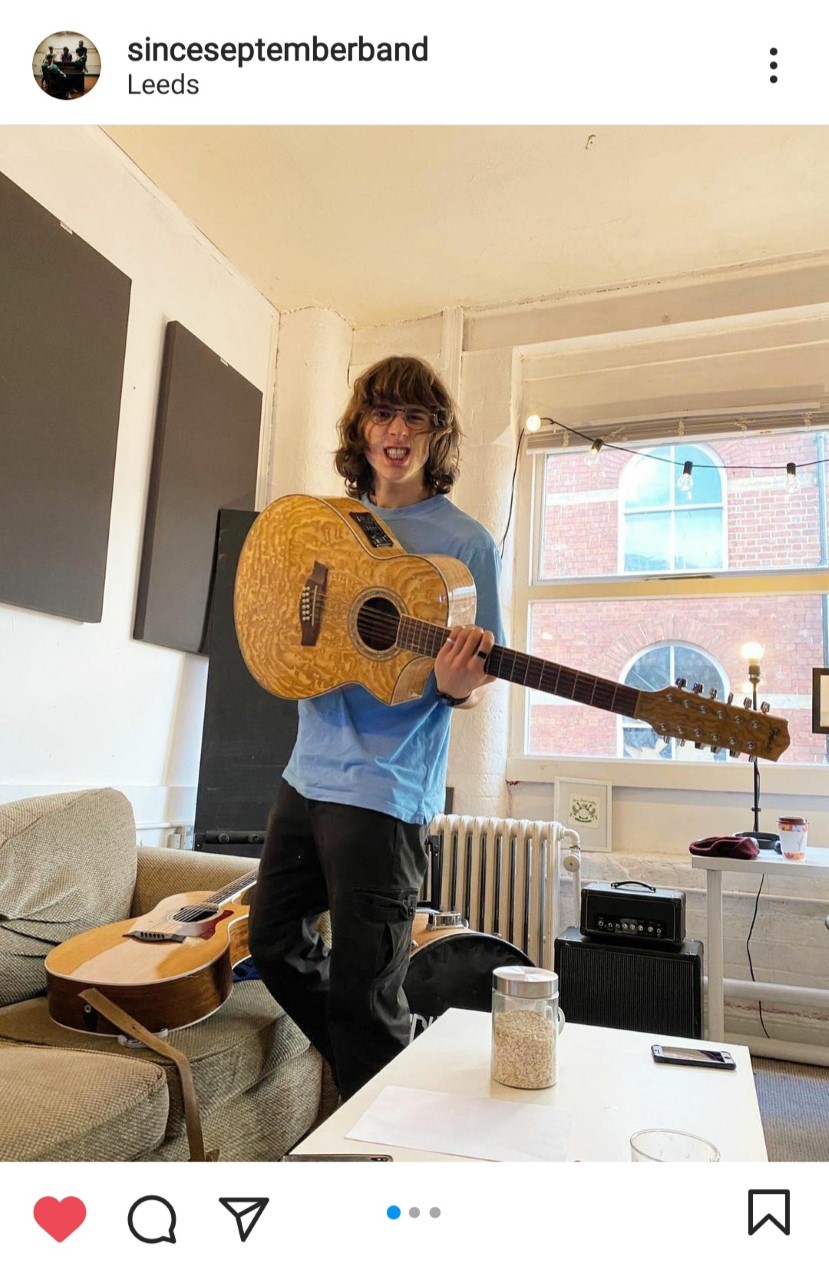 Photo: Patrick Ralphson by Since September on Instagram. Link to original.

Whilst Since September’s goal is to release an album eventually, the when and where depends on many different factors. It is clear that the band is simply happy to be in the position that they are currently in.

After winning the competition, they have begun writing songs with successful songwriters, such as The Dunwells, and Roy Stride from Scouting for Girls.

Patrick said that the writing sessions are going very well, but they are taking time to work on their sound. This is made a little difficult by the fact that they have just come out of a competition where they sang other people’s songs; now they have to craft their own sound, and identity, as a band.

Whilst pop will probably be at the centre of their sound, they want to dabble in different genres, even including ballads – which I’m sure Jacob, especially, will love. All the guys bring something different to the band, and they all seem open to experimenting with different sounds – much like their mentors, Little Mix, who seem to have played around with (and absolutely slayed) every genre bar heavy metal! 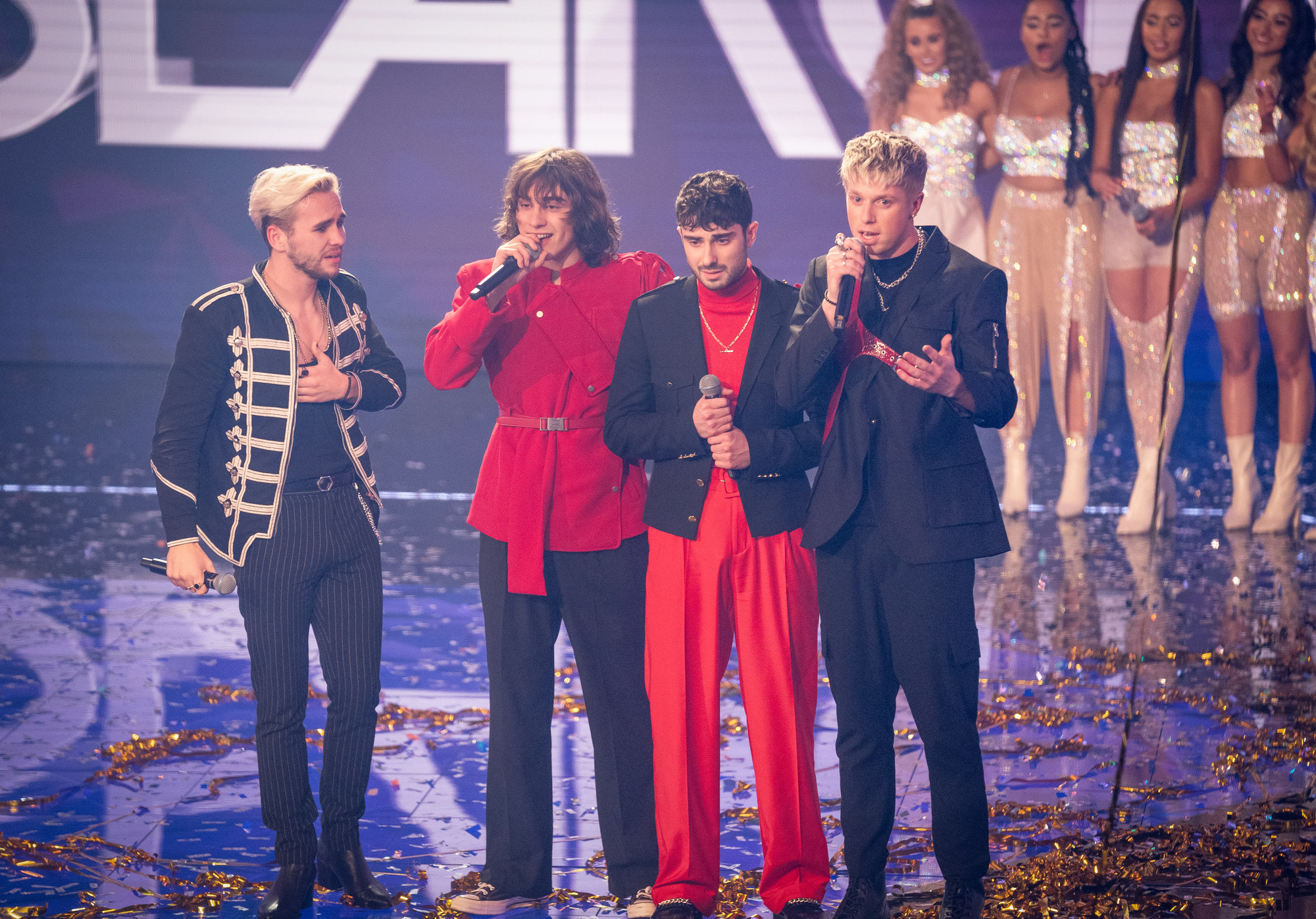 Patrick wants the band’s sound to be “massive”, because the first time that their songs will ever be heard will be in arenas and stadiums, “so we might as well make them big enough to fill the O2”. He hopes that even after listening to Little Mix, fans will be stuck with Since September’s songs in their heads.

I asked Patrick if this was daunting – before even going on a solo tour and playing smaller venues, they are playing at some of the country’s biggest music venues, with the biggest girl band in the world!

Patrick just grinned for a moment before saying, “I’m just buzzing – you know me, Jamaal – I’m just buzzing with life, in general”. He explained that he would be more daunted if he had not already met Little Mix, but he knows them personally and knows that they will be great to go on tour with because they are so fun and down-to-earth. 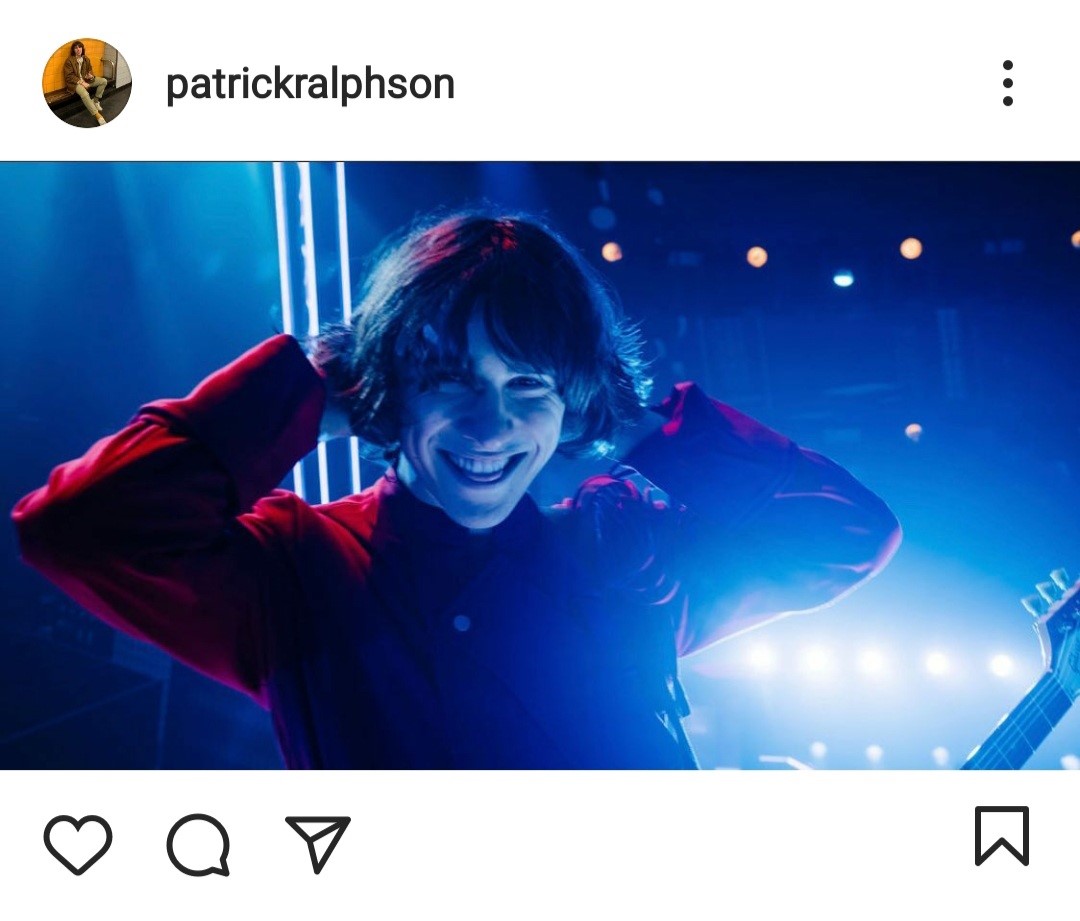 However, he cannot conceive in his mind what 20,000 people will look like, which actually keeps him from being worried about it.

“I’m gonna get up on that stage, there are gonna be lights on my face, not really gonna be able to see much… It’s basically just gonna be performing, but with a massive stage, and it’s gonna be sick, and I’ve got loads of room to run around and do backflips and stuff!”

I proceeded to ask Patrick if he hopes that Since September get to headline their own tour following them opening for Little Mix, but before I even got chance to finish this question, an excited Patrick responded, “Yes, yes, without a doubt!”. 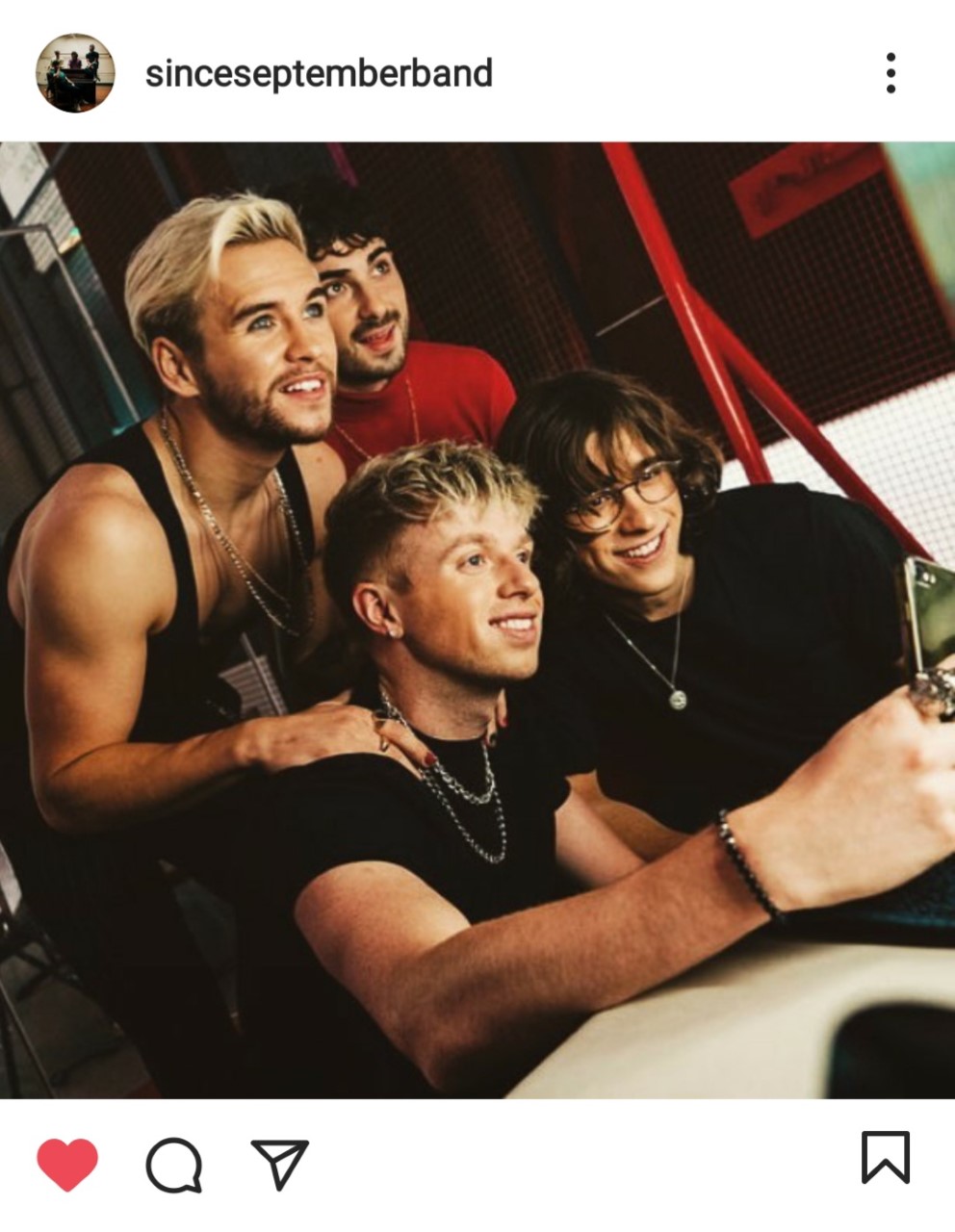 “I want to headline those arenas one day,” he said honestly. Patrick is ambitious, aspirational and a dreamer, but he is also proof that – in the words of Gabrielle – ‘dreams can come true’.

Anybody who watched Little Mix: The Search will remember the stunning outfits that Since September got to wear on some of their performances. Patrick said that he went to the stylists and told them to give them whatever they wanted: “put me in mad clothes, and I’ll wear ‘em”. However, he would happily go onstage and wear a full white Adidas tracksuit – and when he plays in Manchester, he plans to wear his University of Manchester beanie!

The guys have sustained their fashionisto status on social media – especially Harry, with his signature painted nails, and Jacob recently shared a photo in which he wore a rainbow jacket. Since September have quickly established a brand for themselves, and that brand appears to be just being themselves. 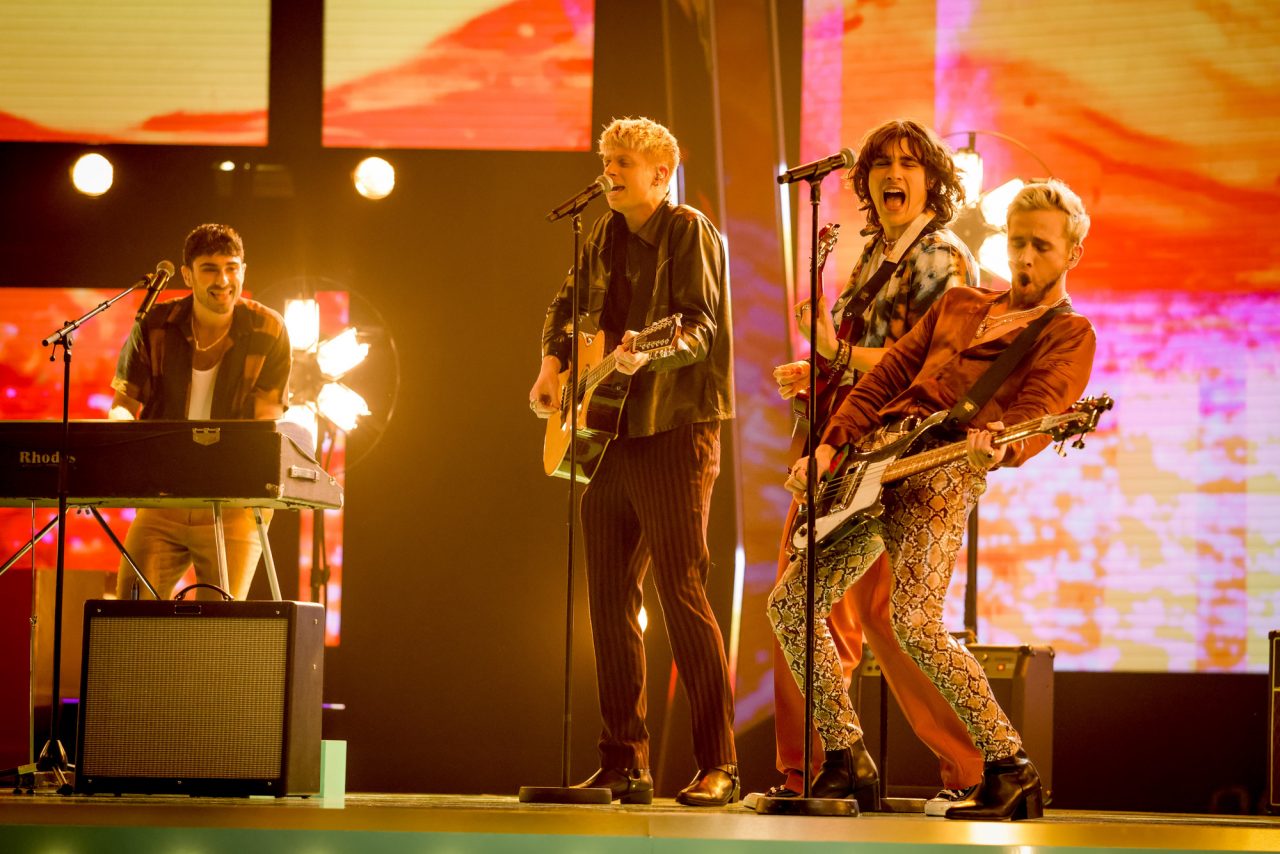 Patrick said that his favourite look on the show was when the band sang ‘Watermelon Sugar’, and he got to wear a big pair of orange trousers. I told him that with pants like that, he could be the next Harry Styles – especially with that crazy hair of his.

“I’ll take that from you, Jamaal, you know, you’re a fashionista yourself,” he said – and that is obviously the best answer that this superstar-in-the-making could give me. I might put it in my Insta bio… 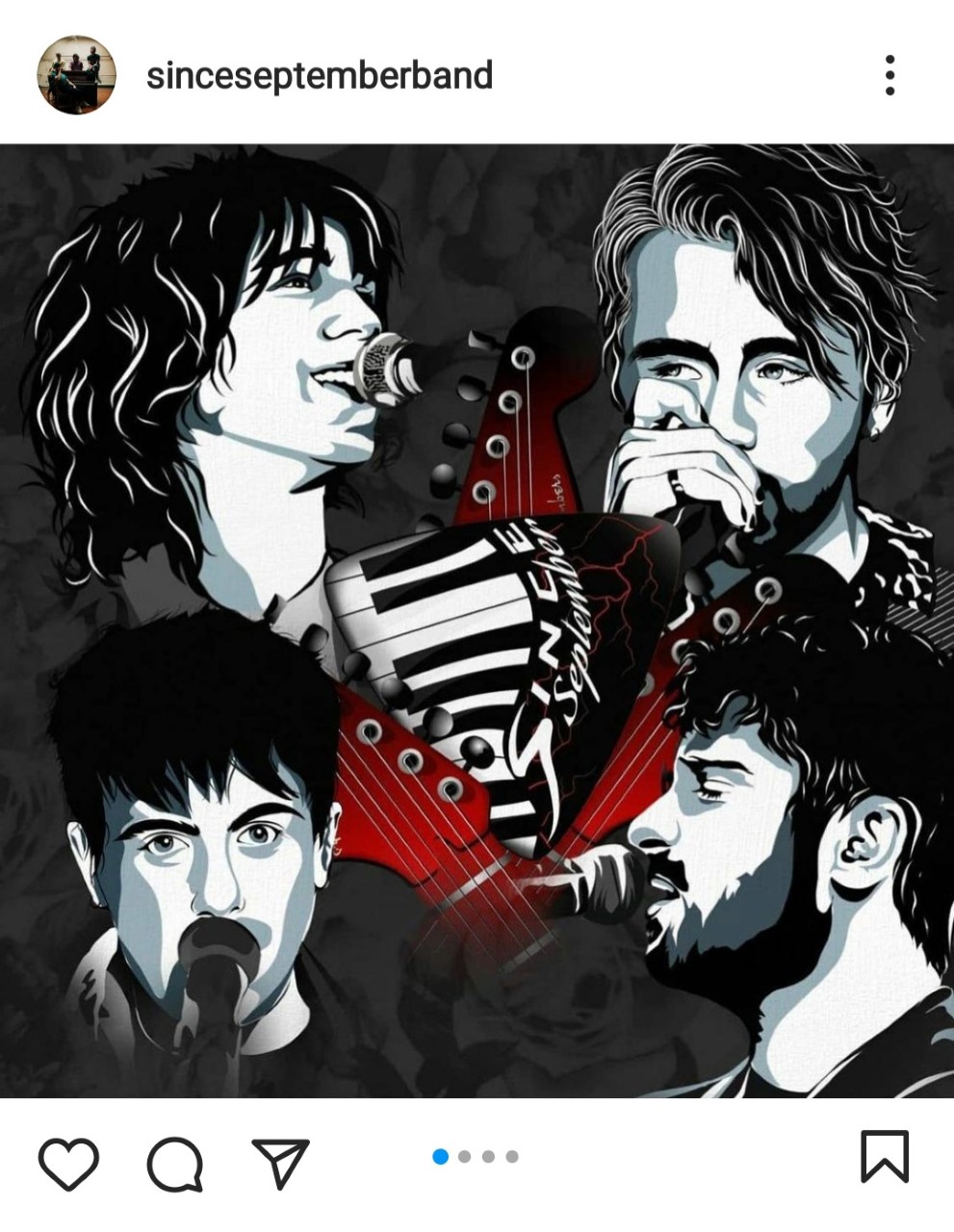 I next asked Patrick about his fans. “I know some of them are a bit extra,” I said, having spoken to his brutally honest sister, Sally, just that morning. Patrick chuckled, “yes”.

He said that he still finds it “mad” when he is out and about, and people start taking photos of him – he is just going about his day and seemingly forgets that he is now famous – but he recognises that this is just a part of his life now.

Patrick absolutely adores his fans. He told me that they call themselves “Tembers”, and they are intense but incredibly supportive. He finds it amazing that people take so much time to be invested in his life and his well-being, so he wants to give a little bit of that back. Unlike a lot of celebrities and personalities, Patrick tries to respond to as many fans as possible when they contact him on social media. “There’s no band without the fans,” he said.

For the whole time I’ve known Patrick, I’ve known how political he is – indeed, that has been one of the bedrocks of our friendship, and we both studied Politics at undergraduate – so I had to ask him how he finds it having to give up that part of himself.

He said that it is a shame because he now has a platform that he could use for activism, but he knows that, at this stage in his career, he needs to stay away from polarising politics – especially because he is in a band, so it is not just his career and reputation on the line.

I asked Patrick if he will ever go back to studying Politics and German. He admitted that he would love to, but this opportunity is far too great for him to study three more years of university (including a year abroad).

He added that university will always be there, though if he ever goes back, he will probably go to one that is “ran better than the University of Manchester”, before remembering that he was talking to me: “Don’t get started. I shouldn’t have mentioned that,” he joked. 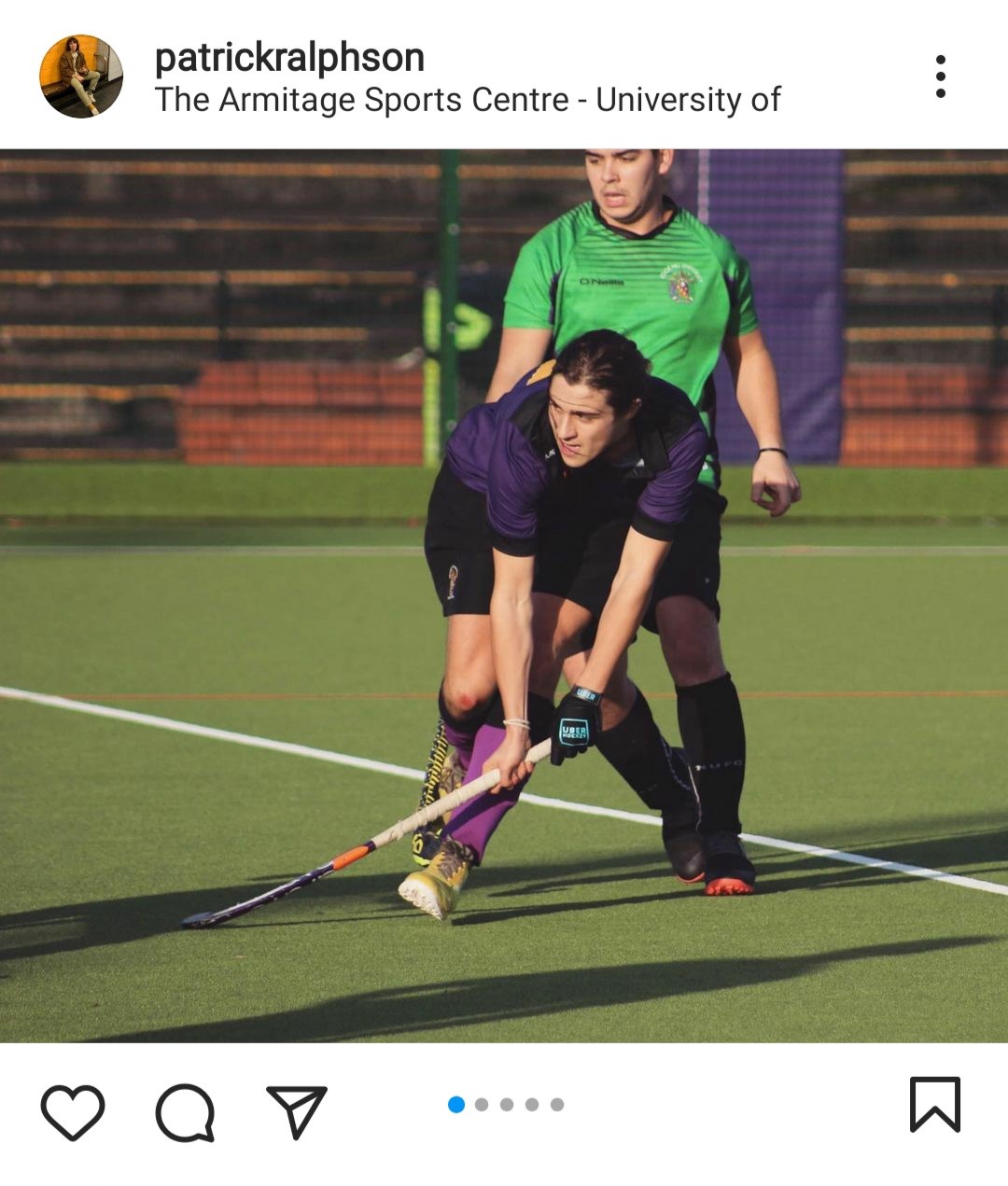 Sadly, the clock was ticking, so I did not have time to rant about the never-ending scandals at this “prestigious” university.

“Jamaal, I miss you, man,” said Patrick, who I have not seen since summer, but I reassured him that I will see him soon – maybe, like, 2022?

God-willing, though, the Confetti Tour will go ahead as planned next year – vaccinate us in our heads, shoulders, knees and toes, if you must!

You can catch Since September on tour with Little Mix from Wed 28th April. They are playing at the recently renamed AO Arena in Manchester on Friday 28th and Saturday 29th May – the final two dates of the tour.