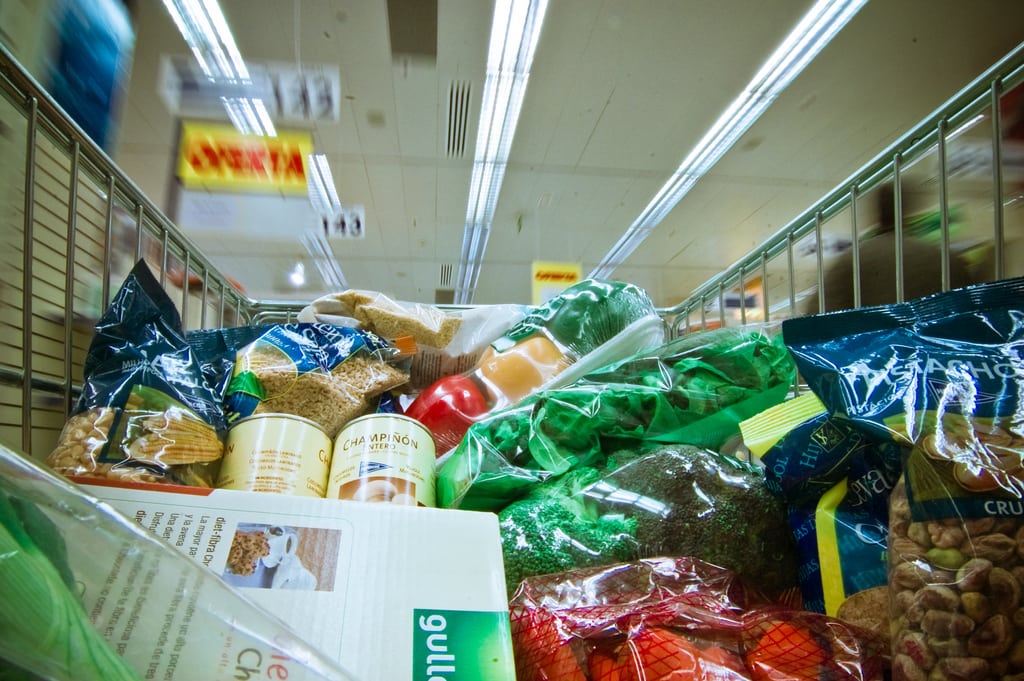 Something has come to my attention recently which I’m sure for many will seem an obvious development, given the global crisis taking place over the last year. There has been a huge increase in online shopping, particularly through the use of online supermarket delivery service Ocado. I won’t insult anyone by spelling out how that could possibly have happened.

An article by the BBC suggests that “the global pandemic forced many people to buy online for the first time”. The operative word here being ‘forced’, rather than a gentler ‘prompted’, as, for many, there was no other alternative. Physical supermarkets practically serve as a breeding ground for the virus, contributing to 11.2% of coronavirus cases – more than schools and gyms put together.

The global pandemic has also “forced” people to spend more money on electricity in their homes, because they didn’t want to sit in the dark all day, or to spend literally hours in front of their screens on Zoom call after Zoom call, as a tragically poor replacement for in-person teaching.

I don’t want to spend £9,250 a year on an education that is worth roughly about £80 (the price of a year-long Netflix subscription), no more than I want to sit scrolling through the ‘free from’ section; but if I want the fancy piece of paper that says I have a degree, in the words of Mindy McCready: “A girl’s gotta do (what a girl’s gotta do)”.

Does Ocado’s success as a company diminish, then, if we regard it as an invention of necessity, rather than a genuine preference?

In a way, it’s sort of a shame that Ocado can almost directly accredit its increased clientele to a wide-spread disease which has people fearful of leaving their own homes, rather than the actual business model of the company. Never has a company CEO like Ocado’s Jez Frampton unexpectedly related more to a member of the arts and culture industry; bonded through a shared dilemma of second-guessing whether what they’re producing is actually entertaining (or I guess essential in the case of Ocado), or whether its popularity can be put down to no more than a blatant lack of choice.

Certainly, it is an upsetting substitute for the real experience of leisurely browsing the aisles of a supermarket, just as the often seemingly nonsensical alternatives a customer may find in their shopping are also upsetting substitutes. This phenomenon has been picked up on and memed by mums on the internet who claim to have “ordered toothpaste, got Harissa paste” and even someone whose wet wipes were replaced with whiskey. Oh the joys of parenthood, right Karen?

Furthermore, it’s impossible not to recognise that being able to spend a little bit more on online shopping from more high-end supermarkets is a luxury of sorts. Enjoyed by people who are financially stable enough to be able to spend their money, rather than their time, to avoid waiting in a line snaking round a busy car park, or physically reorganising a whole shelf in order to reach that only slightly dented tin of baked beans you’re 90% sure you can see left at the back.

Ironically, with so many people being furloughed, and thus living on 80% of their normal wage, surely now is a time when budget supermarkets ought to be flourishing more than ever – if only it wasn’t considered dangerous to brush shoulders in the bread aisle, or to cough near the condiments.

Ross Hindle, from research firm Third Bridge, is quoted in the same BBC article saying: “These are not just results, these are remarkable results. Ocado couldn’t have asked for better trading conditions”.

Surely this exposes to even the most in-denial conservatives among us, just how damaging capitalism can be as an economical system; allowing people to benefit from it only at the catastrophic cost of thousands upon thousands of lives, by way of Coronavirus casualties.

It saddens me with my inherent socialist ideologies to admit that perhaps Mark Fisher was right when he said: “It’s easier to imagine the end of the world than the end of capitalism”.

Or as one commenter on the BBC’s article so eloquently put it: “What a soulless, depressing vision of the future. People choosing food from a computer screen.” The replying comment to which was “People already choose ‘the live of their life’ [By which I assume they meant ‘love’, although the typo is oddly appropriate for the current circumstances] from a screen. Why not a few cans and some carrots? You’re in the way of progress, step aside.” But progress for who, exactly?

The plot thickens (or the avocado orchard, if you will) as Ocado delivers for the notoriously working-class friendly supermarkets Waitrose and Marks & Spencer. Even the company’s name, ‘Ocado’, suggests its intended demographic, claimed by the company’s CEO Jez Frampton to be a variant on the avocado fruit.

Nothing screams middle-class household like smashed avocado on toast, or homemade guacamole. And I was wondering why I’d not seen any Ocado vans parked up at my student accommodation, dropping off groceries to the likes of students, who consider a bottle of wine above £6 to be a splurge.

Surely any company named after the fruit which Oprah grows in her own orchard, because even she claims avocados in supermarkets are too expensive, was not started with the intention of nourishing the labouring classes first and foremost.

That being said, I’m sure the intention behind Ocado’s existence as a company is for the most part good and moral, but would it have been as popular if budget supermarkets like Aldi and Lidl didn’t have lines 20+ people long just so people could feed their families? I don’t think so. At least during the very first lockdown (if you can possibly cast your mind back that far), the one weekly trip to the supermarket became something of a novelty – albeit a risky one. When you’ve been locked in your house for several months, nothing incites excitement quite like going against government advice to snap up Aldi’s ‘super six’ deals on veg, or, dare I say it, a red sticker offering 30% off already budget groceries. I live an enthralling life, I know.

At this rate, when we are finally allowed outside with people not from our loving, but quite frankly suffocating, homesteads, I wouldn’t be surprised if Siri has more luck rekindling her social life than ‘Generation Z’ does.

Who’s to blame? Looking back at Covid restrictions