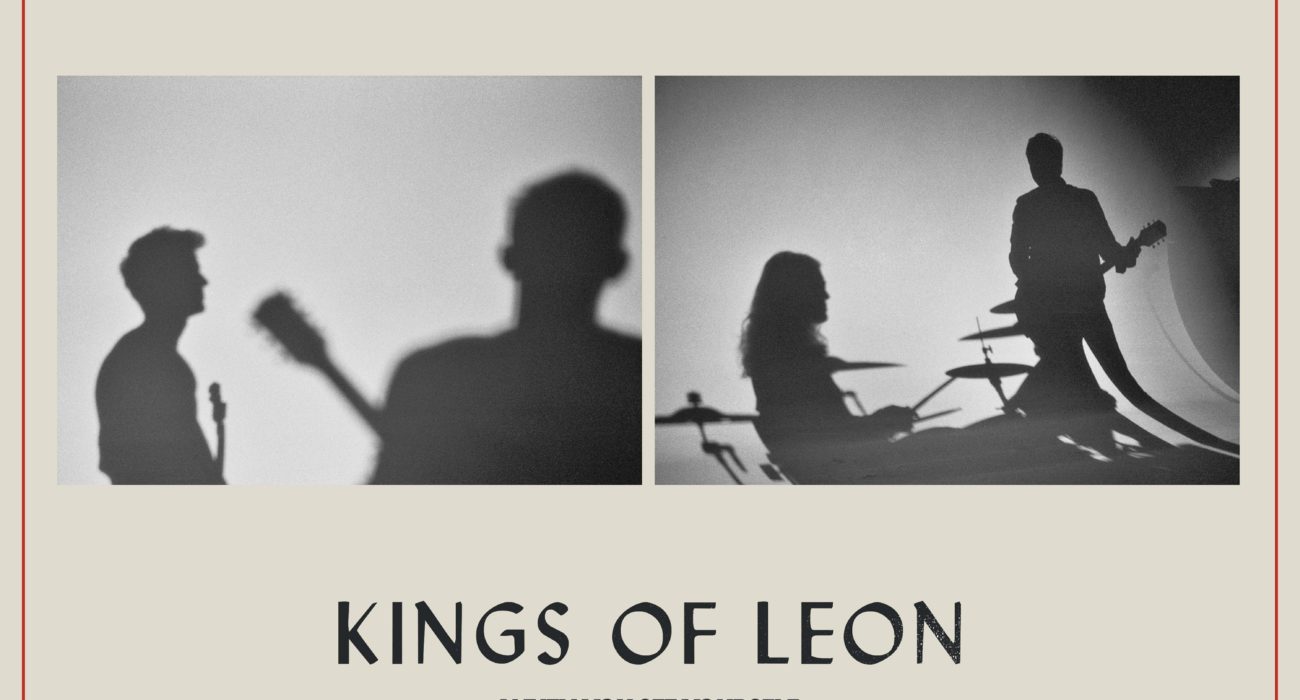 Kings of leon - When you see yourself

Kings of Leon first gained acclaim from the release of hit single ‘Sex On Fire’. Being a fan of the band, I can wholeheartedly tell you that this single is by no way one of their best works. ‘Sex on Fire’ is merely dipping your toe into the ocean that is the Nashville rockers.

Their reputation precedes them, but for all the wrong reasons.

Their sound is wholly experimental – blending blues and rock. It famously features harsh, gritty vocals, and Pixie’s inspired guitars lead to a southern twist on a classic Stroke’s sound. Rock and roll isn’t dead, and you only have to look at these boys to see that.

The brothers and cousin rock masters have a plethora of number one singles and earth-shattering albums under their collective wings. Their latest feat, When You See Yourself, will no doubt join the rest in the trophy cabinet. The album marks almost five years since the release of WALLS (aka We Are Like Love Songs), but the question lingering is – was it worth the wait?

Opening the album is the not-quite-title-track, ‘When You See Yourself, Are You Far Away’. Steeped in in southern rock goodness, it is teeming with electronic digressions and hazy euphoria. Bass-driven and wonderfully synth filled, the track is a worthy opener.

‘The Bandit’ is almost straight off of Only By The Night

In classic Kings of Leon style, ‘The Bandit’ is almost straight off of Only By The Night, and could’ve easily been titled ‘Sex On Fire Part II’. Fast paced and racing, the third track brings us back to their Nashville roots. Caleb’s instantly recognisable voice stretches from note to note to make a sonically wonderful and splendidly layered piece.

The slick slow-burner, ‘100,000 people’ is a straight-out-of-the-80’s synth pop infused tale of love; Caleb’s voice was all but made for singing ballads. One of the first singles to be released prior to the album, the eerily honest and sentimental lyrics leave one full of promise and hope as to the quality of the rest of the album.

‘Stormy Weather’ speaks to their more youthful rock days, and could easily be a track from their debut album, perfectly slotted between ‘Dusty’ and ‘Holy Roller Novocaine’.

Sonic storytelling comes in fistfuls; with the intimacy of ‘Supermarket’ and tales of ‘Claire and Eddy’, the band have come into a certain maturity through this album, with momentous introspection and self reflection signalled through plaintive lyricism and profound guitar lines.

The rollicking tenth track ‘Echoing’ is accompanied by grainy visuals that leave us yearning for the Summer that we’ve been promised, teeming with live shows and drunken antics a-plenty. The line “We could be here forever without a doubt” rings honest and true, resonating with the current state of affairs. Thus, we find ourselves with another track that seems to be almost too relevant to not be pandemic influenced. Uplifting and juxtaposingly positive, the track feels almost messy, but perfectly executed and pulled off by the boys – done by anyone else and it wouldn’t have been nearly as well recieved.

Ending with ‘Fairytale’, the final track of this epitaph serves as a time-capsule of hypnotic bass lines and soft, sultry, echoey vocals. ‘Fairytale’ could almost be the hidden track at the end of Echoing – a wonderful final offering and beautiful closer to an otherwise mismatched album.

When You See Yourself, on a whole, is a tumultuous journey of ups and downs, smooth ballads and thumping rock, thought provoking and lax – the lack of flow makes the album almost uncomfortable to listen to in order. The accompanying jittery visuals that are present for the lead singles almost lean towards implying the disjointed nature the album adopts.

Each track is timeless and beautiful in its own merit, but their construction into an album is sloppy, leaving it feeling erratic; it makes one wonder (despite the half a decade wait) if the album was rushed together. Listening to it on shuffle might produce a smoother running, more thought-provoking tracklist.

Filled with cliches, Kings of Leon have seemingly ‘settled’ in terms of their sound, and leave me wondering if they’ll find their way out of this sonic slump.

The verdict: The boys are back, but better than ever? We’ll have to wait and see what else they bring to the table.

Each single taken individually is easily worth 8+ each out of ten, but the album as a whole? That’s a different story…

Tags: album review, blues rock, Kings of Leon, When You See Yourself