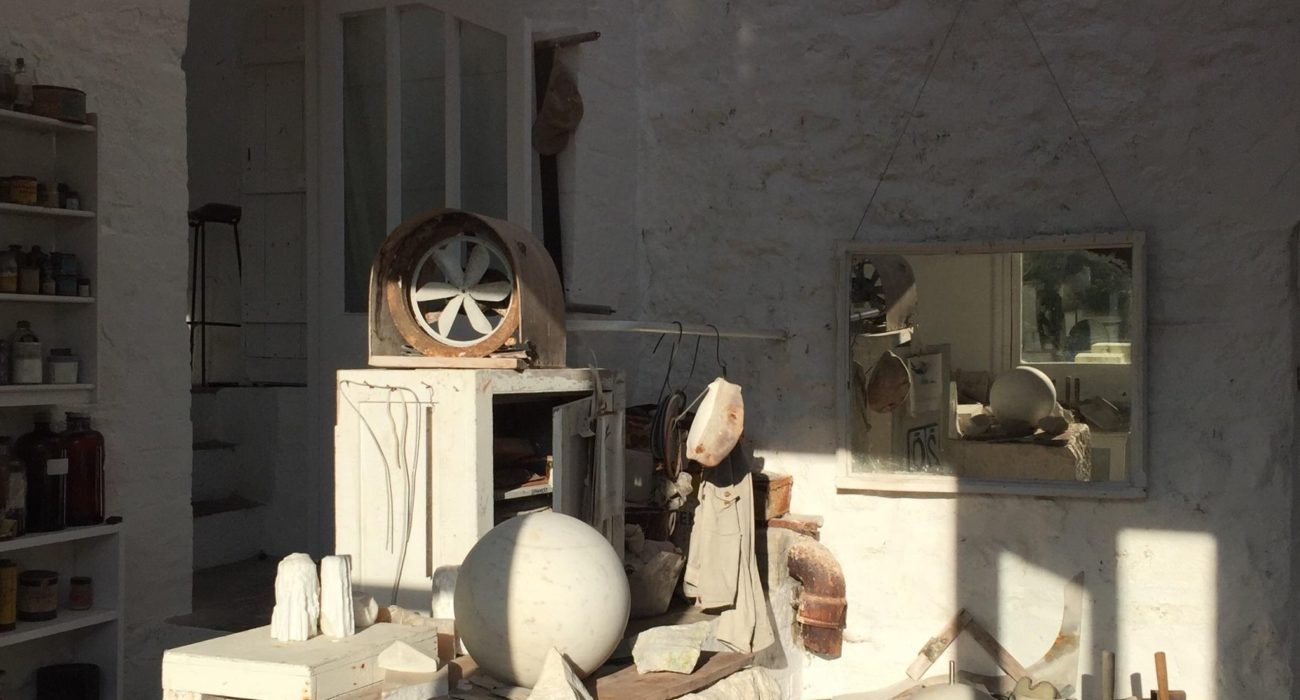 Released on the 8th of March 2021 to coincide with International Women’s Day, Richard Shaw’s quiet, ruminating, hour-long documentary on the life and work of one of Britain’s most instrumental sculptors is deserving of our time and attention.

Hepworth herself wrote, ‘I, the sculptor, am the landscape. I am the form and I am the hollow, the thrust and the contour’. If her work is to be defined as ‘the figure in the landscape’ – not only inspired by the curve of the land, but also inevitably determined by the bare matter of the stone itself – then the documentary’s structure reflects her mode of working.

Organised by place, it takes us from her earliest memories of driving through the snaking Yorkshire hills, to the years 1921–24 spent in London at the Royal College of Art, to Florence, Paris and back again. The pivotal move in 1939 to St Ives with partner Ben Nicholson coincided with the start of the war. This provided the context for a practice of direct carving that was, as one commentator puts it, ‘consciously in defiance of fascism’ and its material values.

Yet her most enduring influence was to be the land. Hepworth drew inspiration from the ragged cliffs of the Cornish coast, mirroring the erosion of sea and wind on the cliff, speeding up a process of centuries with hand and hammer. Her sculptures situate the spectator within the landscape. They ask us to to interact with it, to peer through holes that look as though they have been hole-punched or scooped out with a potato peeler, leaving behind clean lines; the curve of the stone that asks to be touched.

Shots of the studio linger on the shadows falling over cluttered tools, clouded plastic goggles, and the dark blue and terracotta painted aprons still hanging on their pegs. The studios at Trewyn remain open to the public as The Barbara Hepworth Museum and Sculpture Garden, linked to Tate St Ives.

Visiting last year, it felt wrong to admit that the studio was my favourite part. The pale concrete floor and the great slabs of marble that were never to be used, the white all around of flour and sand, with light pouring in through the window like a jug, all somehow preferable to the scenic garden.

Snippets of Hepworth’s own writing are read aloud, ensuring that she is not spoken for by a male director. Instead, she is given the space and voice that she worked so hard to carve out for herself in what was largely a male sphere.

We see the life of a female artist not sidelined by the responsibilities of raising a family, but instead fuelled by these experiences of great emotional intensity – birth and death, the curve of the land and of pregnant, organic forms.

This is most evident in the sculptures dedicated to her eldest son Paul: ‘Infant’ following his birth, and ‘The Madonna and Child’ after his death.

Hepworth wrote, ‘I decided I must do some work each day’, thus framing her artistic process not as a luxury or a choice, but a necessity to her way of living.

Hepworth is available for students to watch for free via box of broadcasts.