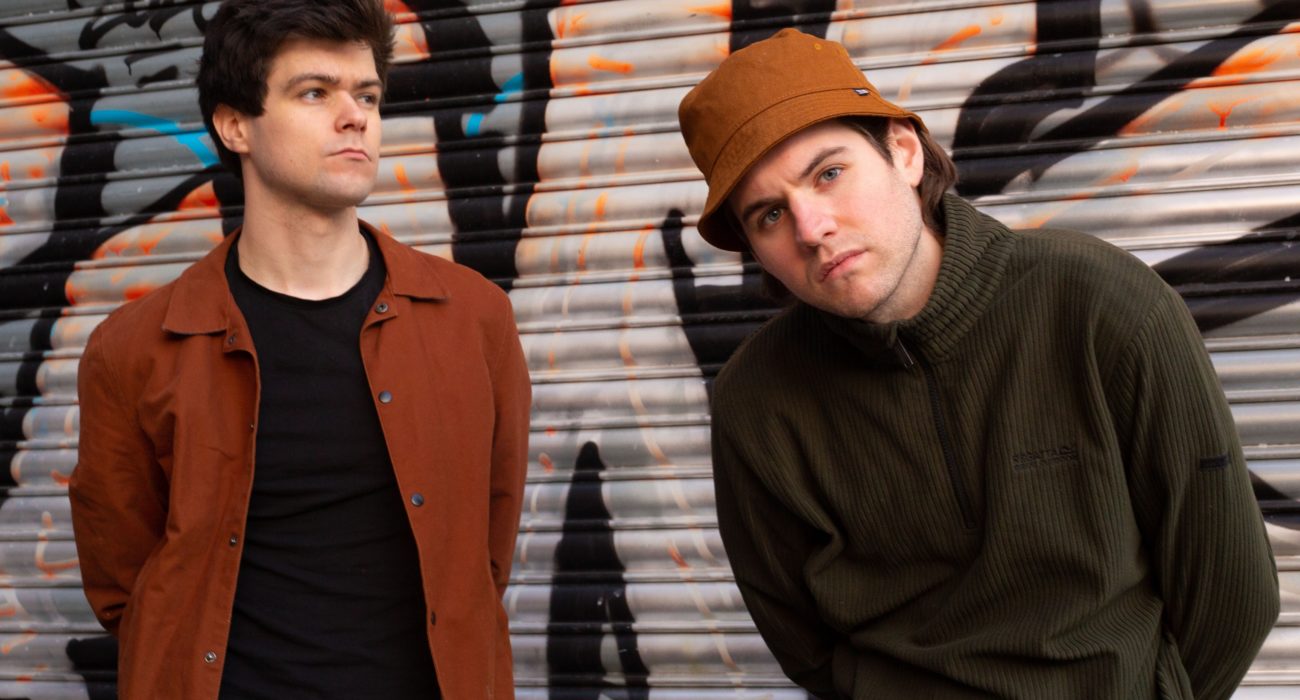 After supporting local heroes Aslan and recording in the prestigious Abbey Road and Metropolis Studios in London, Dublin duo Hawke the Band return with their triumphant single ‘Molly’. The group consists of friends Richie Power on vocals and keyboards, and Eoghan Mac Mahon on vocals and guitar. Hailed as “gorgeous indie-filled pop” by Talk About Pop Music and “immensely exciting” by Celebmix, Hawke the Band formed behind Dublin’s Guinness Brewery. Moving to London just before the COVID-19 pandemic hit made recording a little difficult…but the boys remain confident that 2021 will be a great year for Hawke the Band.

‘Molly’ is the third of 12 new singles from Hawke the Band, to be released on a monthly basis this year. The song was recorded remotely with the help of Manchester-based bassist Jamie McIntyre and renowned Abbey Road Studios producer Carlos Bricio. It is inspired by a girl Eoghan spent the night with after one of the band’s gigs, but never heard from again. It follows January’s ‘Gonna Be Alright’ and February’s ‘Pinch Me (Am I Dreaming?)’.

With influences including Coldplay, Oasis and Radiohead, Hawke the Band combine emotive lyrics with enchanting melodies, which gives their music a shimmering summer quality. Their unique brand of anthemic indie rock confirms them as future festival favourites. I caught up with Richie to discuss the duo’s writing and recording process, the importance of involving fans in their projects and their plans for the future.

On forming the band and writing together

“The music scene in Dublin is pretty small”, Richie explains. “Everyone knows each other.” He and Eoghan had worked on a few projects before forming the group. Richie grew up near the Guinness Factory in Dublin, and the pair initially recorded home demos there before sending tapes to several producers. He jokes that “The smell of Guinness brewing was always around.”

Both Richie and Eoghan sing and play keyboards and guitar respectively. I ask Richie how having two frontmen affects the group’s dynamic in terms of writing and recording. He says “We write a song and whoever it suits will take the lead. There’s no egos, and no John and Paul kind of arguments. We’re both different as vocalists. So we just let the songs decide.”

On what inspires their song writing

Hawke the Band’s songs are relatable to their audience, and normally inspired by “life in general, deep thoughtful moments, and moments of appreciation.” ‘Molly’ is a complete change from this style, Richie tells me. “We had a bit of fun with it. It was about a girl Eoghan met after a gig one night and they spent the night together but he never heard from her again. There was a feeling of frustration. Like ‘Was that it?!’ We couldn’t use her actual name but we’re hoping she will know it’s about her and maybe send Eoghan a message back.”

Hawke the Band’s ambitious plan to release a single for every month of 2021 is a response to the difficulties many up and coming bands have faced during the pandemic. “We started the band quite a while ago, maybe 9 months before Covid happened. We’d done some decent stuff in Ireland and did our first UK tour. We’d been to London and worked with some producers and moved over there. The first couple of months were going great. Then everything was put on hold.” Lockdowns have allowed the band to take stock and work on some new material. “We decided that 2021 was going to be unpredictable but we wanted to have one certainty: that we would release loads of music. No matter what condition the world is in.” They want to give their loyal fanbase “something to look forward to.”

On including their fans in projects

Getting fans to contribute to the band’s projects has been really important during the past year. In 2020, Hawke the Band released a collection of homemade demos entitled ‘The Covid Diary’. It serves as an audio diary for a “monumental” time when the boys couldn’t go to the studio to record and includes audio clips from fans expressing their support. “People were messaging us and commenting on our Instagram saying they couldn’t wait for our shows. When we released ‘Gonna Be Alright’, a third lockdown had been announced. We felt that everyone needed a pick me up.” Fans sent in photos wearing face masks and the resulting collage serves as the single cover for this track. Richie cannot wait to get back on the road. “We love meeting people through the band and seeing the effects that our music has on people.”

On supporting Aslan and recording at Abbey Road

In the short time the band have been together, Hawke the Band have already achieved a lot. They won a public competition to open for Dublin legends Aslan at the Iveagh Gardens. Richie explains that when he received the phone call, he “thought surely that’s a joke. Aslan were the first band I ever saw live and they’re very respected around Ireland. People we knew had tickets for the show before we were even announced.” It was an eye-opening experience for the duo, and they received lots of advice and support. “[Aslan] went to really great lengths to make sure we were getting recognition. They couldn’t have been more helpful.”

Hawke have also recorded at the prestigious Abbey Road and Metropolis studios. “I don’t think I got used to it even the 7th or 8th time”, Richie tells me. “Eoghan had gone to the toilet and then came back in looking like he’d seen a ghost because he’d just passed Nile Rodgers.” At Metropolis, their studio neighbours were Elton John and Sam Fender. “It was nuts!” exclaimed Richie.

On what the future holds

The group’s main plans for the future include the 12 monthly singles this year as well as a tour of the UK and Ireland in October. “We’re doing a couple of little festivals like the Indie All Dayer in Hull in September. We just want to get back into playing live. And hopefully end up taking over the world and playing stadiums!” Richie laughs.

Finally I asked Richie if he could sum up the band in three words, to which he replied “anthemic, sing-alongable, and moving.”

You can listen to Hawke the Band’s new single ‘Molly’ from 31st March on Spotify.

Hook present new single, ‘I Want to See You Tonight’