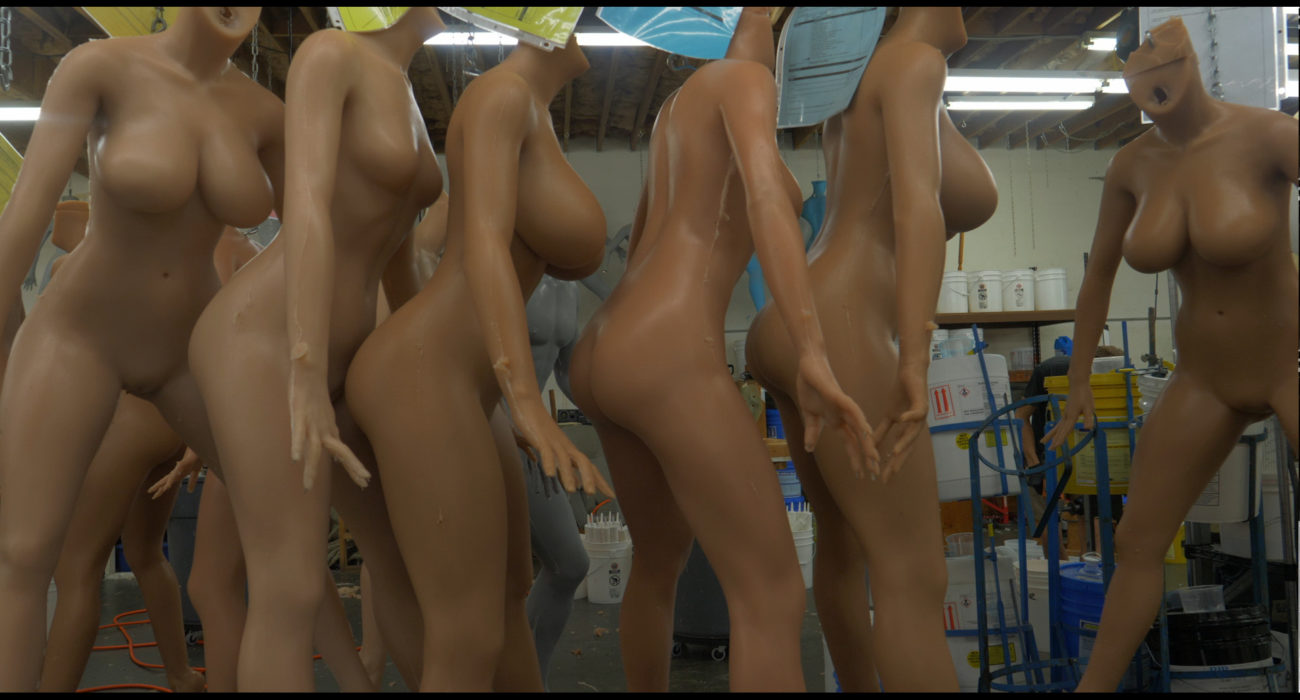 Abigail Child’s experimental feature documentary Origin of the Species portrays the contemporary developments of androids by immersing us in high-tech labs in the USA and Japan. These labs are filled with researchers hard at work blurring the line between human and machine.

The camera lingers on a series of android faces with human-like silicone skin, with some androids programmed to persuasively say that they, too, are like you and should be treated as such. The focus on faces evokes the ethics of philosopher Emmanuel Levinas and his interpretation of the event of encountering another person. For him, looking into a face gives rise to a spontaneous, intuitive responsibility for the Other; an appeal and an order to be at the service of this face.

The lifelessness of humanoid eyes and scenes of androids failing to interact with humans — for example when Bina48 fails to understand the actual Bina she was modelled after — show the futility of hoping for a Levinasian intersubjective responsibility when looking into a robot’s face.

The possibility of feeling sympathy for the robots is quickly cut short by disgust for the humans and structural forces behind them. This is especially acute in the deeply disturbing scenes showing the making of life-size female sex robots programmed to moan when penetrated and the rows of cold, plastic nipples soon to belong to expensive humanoids devoid of subjectivity.

Not only are robots a product of capitalist patriarchy, they are also in the hands of imperialist forces as shown by the scenes depicting US military robot dogs. Behind the film’s narrative lies a deep-seated modern assumption of the inevitable march of progress and scientific rationality. We are led to believe that there is no escaping our AI-filled future world, whether it is ethical or not.

The film’s strength lies in the generative unease it makes us feel at android development. But it is unclear whether this is intentional, and Child’s position on the subject matter remains ambiguous. Despite this, we leave the film with a conviction that what makes us human — our spontaneity, intuition, reciprocity and intersubjective responsibility — cannot be extended to machines, despite the efforts of mad scientists.

The film’s high-tech robots are an eerie reminder of our hybris, of the domination that pervades modern industrial society. One thing is clear though, the interaction between humans and machines is one we are having with ourselves.

Origin of the Species premiered at Manchester International Film Festival on the 12th of March.