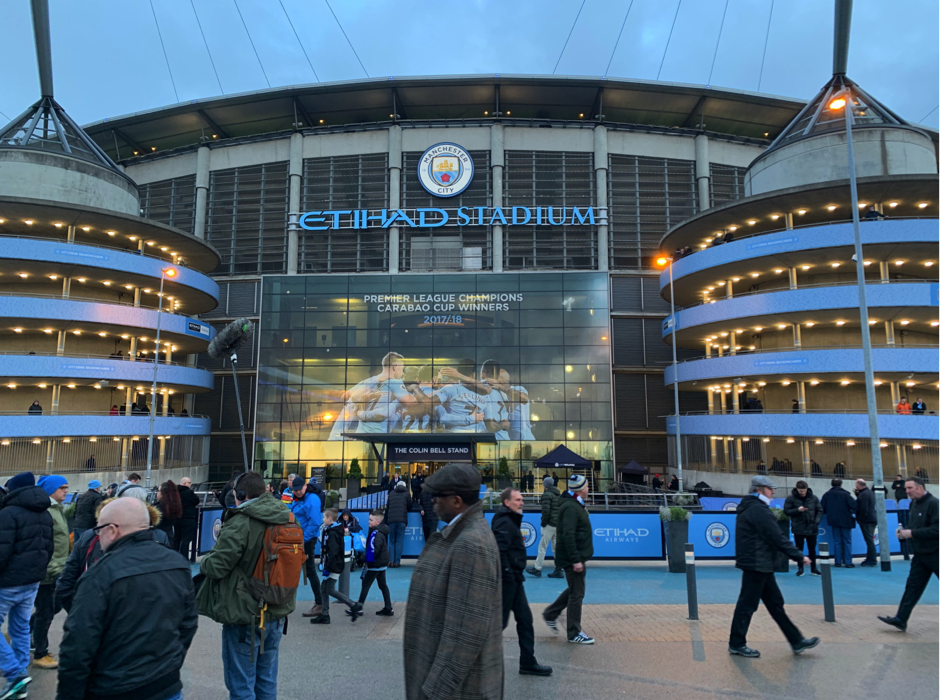 Manchester City announced in a club statement that they will not be renewing Sergio Agüero’s contract when it expires in June. This means the Argentine striker will finally be leaving the Cityzens after 10 illustrious years.

Sergio Agüero signed with Manchester City from Atletico Madrid for a fee of around £35 million in 2011, signalling Manchester City and owner, Sheikh Mansour’s, intent to challenge for titles and build a new era for the blue side of Manchester.

With the benefit of hindsight, it’s safe to say that Agüero not only lived up to his expectations, but he far exceeded them.

His career at Manchester City got off to a strong start, scoring 2 goals and registering an assist on his debut against Swansea and ending his first season with a tally of 23 goals. But none of those 23 goals were as important as the one that he scored on the final day of the 2011/12 season.

Heading into the last match of the season against relegation-threatened Queens Park Rangers, Manchester City led the league on goal difference. In order to win the title, City needed to better or match key rival Manchester United’s result against Sunderland.

Manchester City went into half time with a 1-0 lead thanks to fellow stalwart Argentine Pablo Zabaleta, but that lead was quickly erased when Djibril Cisse found the net three minutes after the restart. Joey Barton was then sent off in the 55th minute for an elbow on Carlos Tevez, but despite going down to ten men, Queen Park Rangers took the lead after Armand Traore’s cross was headed into the top corner by Anthony Mackie.

At the Stadium of Light, Manchester United had won with a single Wayne Rooney goal. Their game had ended early, with four minutes of stoppage time still left in the Manchester City match. All the Manchester United players, along with Sir Alex Ferguson, were anxiously waiting for the final whistle so celebrations could commence for their 20th English League title.

In the 92nd minute, Edin Dzeko headed in the equalizer from David Silva’s corner to give City a glimmer of hope that they could pull the comeback. And then in the 94th minute, in the dying seconds of the game, Agüero exchanges passes with Mario Balotelli and then skips past Taye Taiwo.

Martin Tyler famously screamed “AGUEROOOOOO! YOU WILL NEVER SEE ANYTHING LIKE THIS AGAIN!” as the goal went in, with his commentary becoming synonymous with the moment. That strike will go down as one of the greatest moments in Premier League history. It was the perfect fairytale ending for Manchester City, who won their first title in 44 years.

In terms of Agüero’s ranking amongst other Premier League greats, he can be compared to those of other legendary strikers like Alan Shearer, Wayne Rooney and Thierry Henry.

In the 2014/15 season, Agüero won the golden boot award after scoring 26 goals in 33 league appearances. He is the all-time top goal scorer for Manchester City, with 257 goals in 385 appearances for the club.

He surpassed Eric Brook’s record of 177 goals on 1st November 2016, when he scored against Napoli away from home in a 4-2 win in the Champions League group stage. The Argentinian striker is the highest scoring overseas player in Premier League history, 181 goals in total, which is six more than the next highest, fellow Premier League legend Thierry Henry.

He is fourth on the all-time top scorers list, only behind Alan Shearer, Wayne Rooney and Andrew Cole. Agüero also has the most hattricks in Premier League history, with twelve.

His consistency is what separates him from other Premier League legends, he has scored in double digits every year he’s been Manchester City, with his lowest tally of goals being 17 in the 2012/13 season. The Argentine has also scored over 20 goals for five consecutive seasons, becoming only the second player after Thierry Henry to reach that record.

Aside from his incredible goal scoring record and other accomplishments, what really distinguishes Agüero’s career from some of the other all-time great Premier League strikers is the impact that he has had with Manchester City. Strikers like Wayne Rooney or Thierry Henry had played for clubs that already had a rich history like Manchester United and Arsenal.

But Sergio Agüero was signed by Manchester City, a club that hadn’t won the English title since 1976. The Argentine led Manchester City into a new era of multiple trophies and dominance in domestic competitions, which all began when he scored the winner against Queens Park Rangers to secure the title in the 2011/12 season.

After more than ten years at the club, Sergio Agüero leaves Manchester City having won the Premier league title four times (soon to be five possibly), the FA Cup once, the Carabao Cup five times and the FA Community Shield three times.

As an avid Premier League fan, I have seen Sergio Agüero rip apart not only my team but other teams defenses countless number of times. But when I look back at Sergio Agüero’s time at Manchester City, I can safely say that I have witnessed one of the best players ever to walk on the pitch of the Premier League.