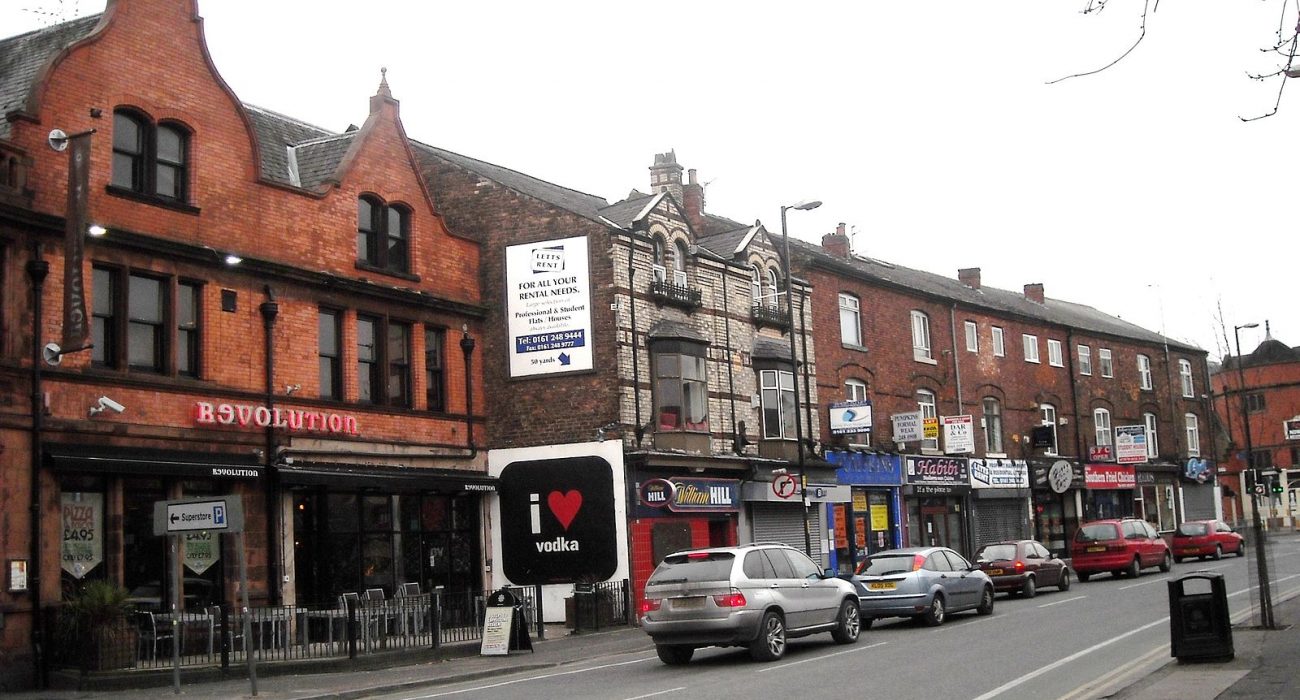 It’s that time of year again. Herds of young people are filling the streets with their baggy clothes and tote bags. There’s an unmistakable sound of DnB coming from every basement window at 3am. Breadcrumb trails of Swan filters lead you directly to the front steps of Friendship Inn. Yes, it’s a brand new year and the students are back.

All of these endearing traits, combined with the melting pot of different accents and backgrounds, help to create the Fallowfield ‘vibe’ that we know and love. We’ve all been there. You move in wearing skinny jeans and a parka and then two weeks later you’re cutting about in cargo trousers and a North Face puffer.

There is, however, an unfortunate side-effect of the urge to conform to Fallowfield’s edgy non-conformity. Although it is far from a new trend, the middle-class contingent of the student body have a habit or unintentionally, or perhaps knowingly, slipping into ‘playing poor’.

Poverty is often glamorised by the student lifestyle in Fallowfield. In a trend almost as common as Y2K fashion, many middle class students downplay their wealth because the working class lifestyle is seen as an aesthetic choice – rather than an unavoidable reality. They appropriate typically working class traits and fashion trends. Attempting to hide their backgrounds in order to seem just as broke as their less financially lucky peers.

Yet while this ‘poverty aesthetic’ is viewed by some as cool and trendy, choosing to dress or act as though you are down to your last fiver is worlds away from the realities of a working-class life. When I was growing up in Blackpool, those who wore tracksuits, hoodies and big hoop earrings were given the derogatory label of ‘chav’. Now every girl owns a pair of hoops, and you can buy a pair of trackie bottoms for £90 from Urban Outfitters. These trends, for which the working class were once made fun of, are now being imitated and applauded by the wealthy.

There have always been harmful associations of laziness and worthlessness with the working class. But wealthier people don’t have to suffer such damaging stereotypes, when they imitate stereotypically working class behaviour. Hugo from Surrey will call the group of boys wearing tracksuits in Piccadilly Gardens ‘rough’, but then rock up to his sociology seminar in joggers and a hoodie. And Tilly from Chelsea will claim a working class community like Fallowfield is a ‘shithole’, but then go and trash Platt Fields as soon as the temperature goes above 20 degrees.

For some rich students, university is now an expedition to observe and imitate the poor in their natural habitat. Yet, instead of sporting khaki shorts and hunting boots, they wear second-hand clothes with intentionally frayed hems and roll baccy. These people often complain about how skint they are throughout term time. Then will soon return to their huge houses come Christmas and spend New Years in a chalet in Chamonix. They can pick and choose what they like from the working class lifestyle without facing any of the challenges and social barriers that go alongside it.

This phenomenon, also known as the ‘poverty safari’, is one that Pulp pointed out in their 1995 hit ‘Common People’. They tell the story of a posh student who ‘thinks that poor is cool’ and wants to slum it with the regular folk: ‘Rent a flat above a shop, cut your hair and get a job, smoke some fags and play some pool, pretend you never went to school’.

Poverty is fetishised not just in student culture, but in the media and fashion industries – from designer photoshoots in front of council houses, to Puma’s ‘council estate drug-dealing party’. This ‘poverty aesthetic’ has been shoved down the consumer’s throat. It has churned out a generation of young, middle-class people with a taste for class tourism.

If I had a pound for every time a Fallowfield resident has moaned to me about being so incredibly skint, I probably still wouldn’t have as much money as they get from their parents each week. We’re talking about the people who nick crisps from your cupboard and beg you for a rollie. But then gets Daddy to send them a few hundred quid to ‘keep them going’ for the last two weeks of term.

While no one can help what family they were born into or how rich their background is. It’s frustrating to come to university as a working class student and see how oblivious some people are to their own wealth and the advantages they’ve had in life. You don’t have to say you’re from Brixton when you’re actually from Herne Hill. You don’t need to tone down your RP accent and shove working class slang into stories about your gap yah (no whey). There’s no shame in being from a wealthy background as long as you’re aware of your privilege – and maybe if you give me the odd rollie or pay for the Uber from time to time.