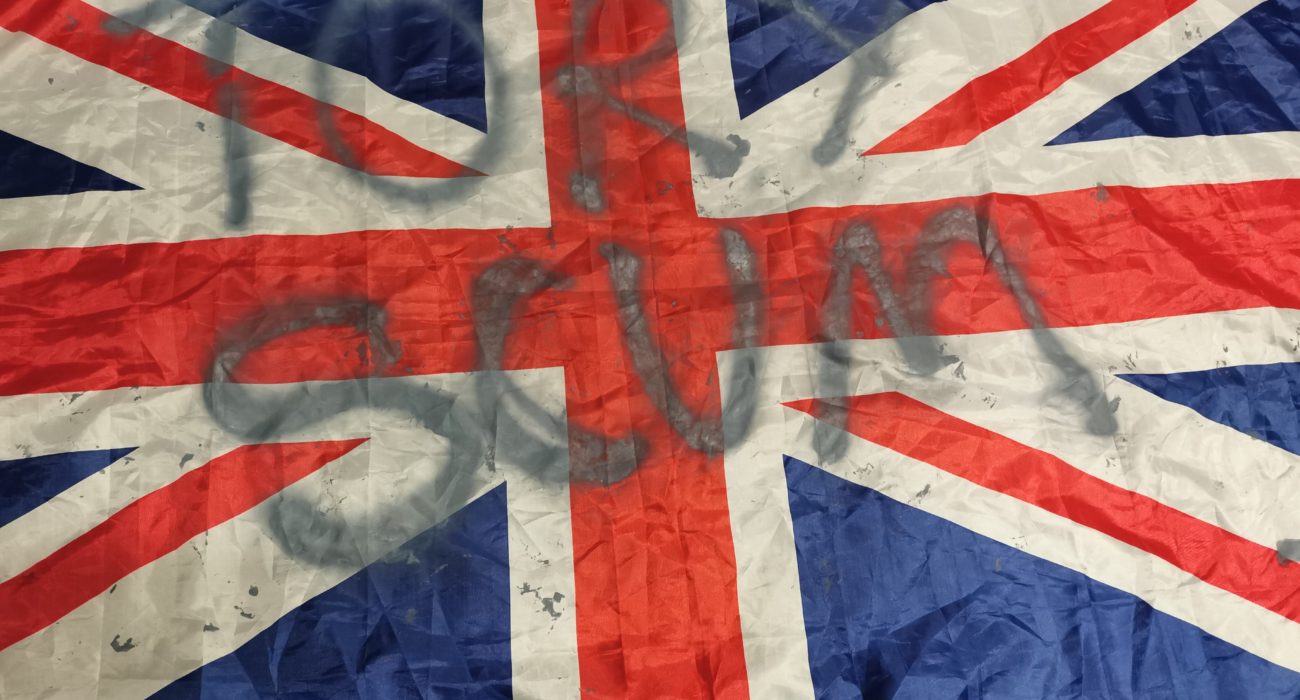 This afternoon the Manchester Young Conservatives’ Union Jack flag was reportedly stolen by UoM Stop the War from their stall at the SU’s Sports and Societies Fair.

Around 2pm today The Mancunion heard reports of a flag being stolen at the rescheduled Sports and Societies Fair.

William Watermeyer, Chairman of the Manchester Young Conservatives told The Mancunion that “a guy came and gave us a bit of abuse before [the flag was stolen] then went away”.

“He came back about 5 minutes later and grabbed the flag which flew all of our stuff in the air”. Another Young Conservative added that they “started stamping on it” and then “they took it away and wrote ‘Tory Scum’ on it”.

UoM Stop the War were alleged to have stolen and graffitied the flag however their spokesperson denied it. Regardless, UoM STW were asked to leave the freshers fair which they were holding a stall at.

Today’s controversy is another in a series of dramatic moments at the University of Manchester’s welcome events. In 2016 a cardboard cutout of Margaret Thatcher was beheaded by two students whilst at the 2019 fair Manchester Labour Students’ stall was emblazoned with the words “FUCK BORIS”.

This memorably led to a swathe of abuse directed towards the students on twitter after a photo of them was tweeted by the right wing commentator Tom Harwood.

Of course, today’s Sports and Societies Fair was rescheduled following last week’s Oxford Road flood which saw an unofficial version of the event held in the Armitage Sports Centre on Fallowfield Campus. That event, however, was mired with accessibility issues.

Additionally, The Mancunion has been told that many sports societies are missing from this week’s fair despite it being an official event. Reports have also surfaced that many sports clubs are already full with trials having already taken place, thus leaving no room for new members.