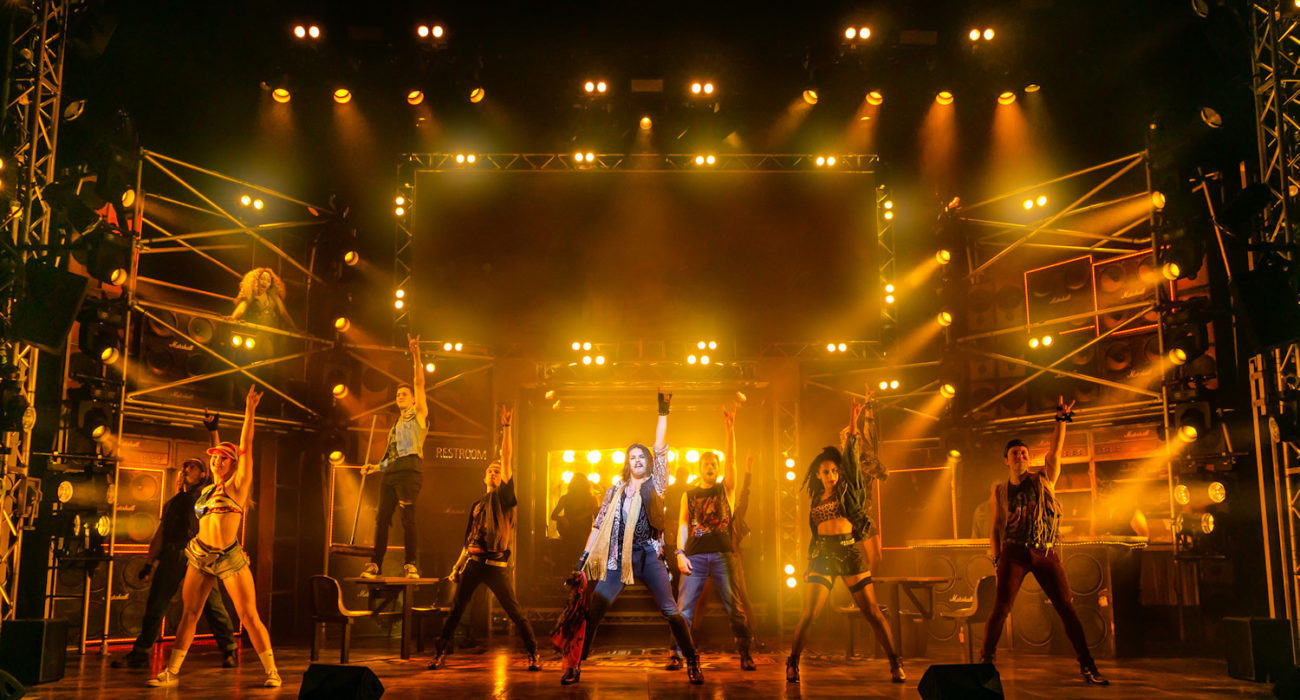 What do you get when you mix rock songs, a few actors and bad sound? If you guessed the Conservative party conference, you’d only be a few metres off the mark. Maybe this explained why there was only a certain group enjoying the show; perhaps they had simply turned up at the wrong venue!

I mean, a front man with long hair, a way with words, taking potshots at the Europeans when possible and projecting energy where it is otherwise lacking… The joke practically writes itself.

Maybe I am just being bitter. You know, one of those stiff upper lip critics with a monocle in their eye and a pocket watch (I swapped mine for contact lenses and a mobile phone), who expects to be dazzled by a display of ingenuity and ground-breaking performance.

Scratch that, I wouldn’t even know the (artistic) ground had been broken if I was falling through the hole (STEM major and all that). But you can’t really fault me for having a bare minimum set of expectations and concern for my wellbeing, can you? Hang me if you want, but the least I expected from Rock of Ages was being able to hear the singing and maybe one intact ear?

It’s that feeling, the one where you walk out of a musical and you wonder (after losing your hearing of course), should you get a hearing aid or rejoice in the silence and comfort of never being able to hear that ever again?

But perhaps this was the entire idea behind the show, the ground-breaking moment (using an auditory sledge hammer of course) – the audience need not hear the dialogues when they can resonate with the happenings on stage, quite literally resonate, as in vibrate with large amplitudes in their seats.

There was rarely a moment when I wasn’t convuls- sorry, resonating, due to the large speakers. Then again, there were members in the audience who couldn’t fight the feeling so I suppose the trick worked.

It’s usually scary slagging off a production like that, but not for Rock of Ages. After all, it is in on the joke. It knows not to take itself so seriously and doesn’t shy away from laughing at itself and inviting the audience into the joke.

It is also punctuated by a few bright moments showcasing the immense singing/acting talent of its cast. Be it Luke Walsh holding a high note impersonating a whistle with his vocal cords, Joe Gash’s standout act as Lonny or Gabriella Williams as the stereotypical 70s, Berkeley-educated hippie, Regina.

I am not entirely sure that this particular version did justice to the Broadway, West End and Hollywood  adaptations (yes, this show has been around town, much like its character Stacee Jaxx).

It wasn’t a complete escapist fantasy that theatre like this tends to be, nor was it one where it made you feel completely disconnected. There were moments of individual brilliance, Lonny as mentioned before and Jenny Fitzpatrick’s Justice in her solo segments, but they were far and few in between.

Given the uneven keel, I was grateful for the interval and the drinks voucher. A little break from this relentless assault on the senses and the alcohol made the second half far more bearable.

Then again, theatre is only picking back up after the pandemic, so it wasn’t completely surprising that a production with so many moving parts was still trying to regain its groove. It was like taking an old Mustang sitting in the garage out for a spin. As you stretch its legs, only then you discover the odd noises, the rattling, the maintenance needed. The steering still works, the power in the engine still feels majestic but only in short-lived bursts. It doesn’t make the car an absolute piece of junk but it does require being a bit more tolerant of its shortcomings, at least until it has had time to be serviced.

All said and done, it does finish on a flourish, involving the audience in singing a finale that could almost serve as a prayer for the Brexiters going to bed just up the street – Don’t stop believing – and in the process tricking us all into giving them a standing ovation. 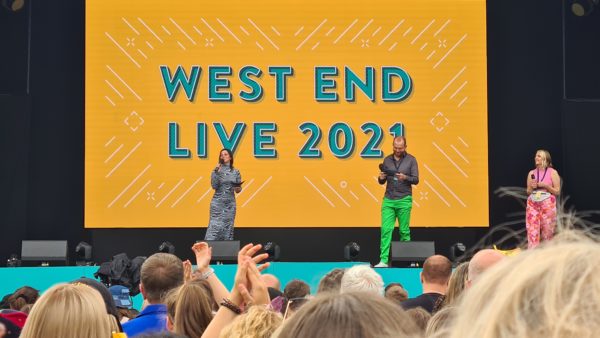