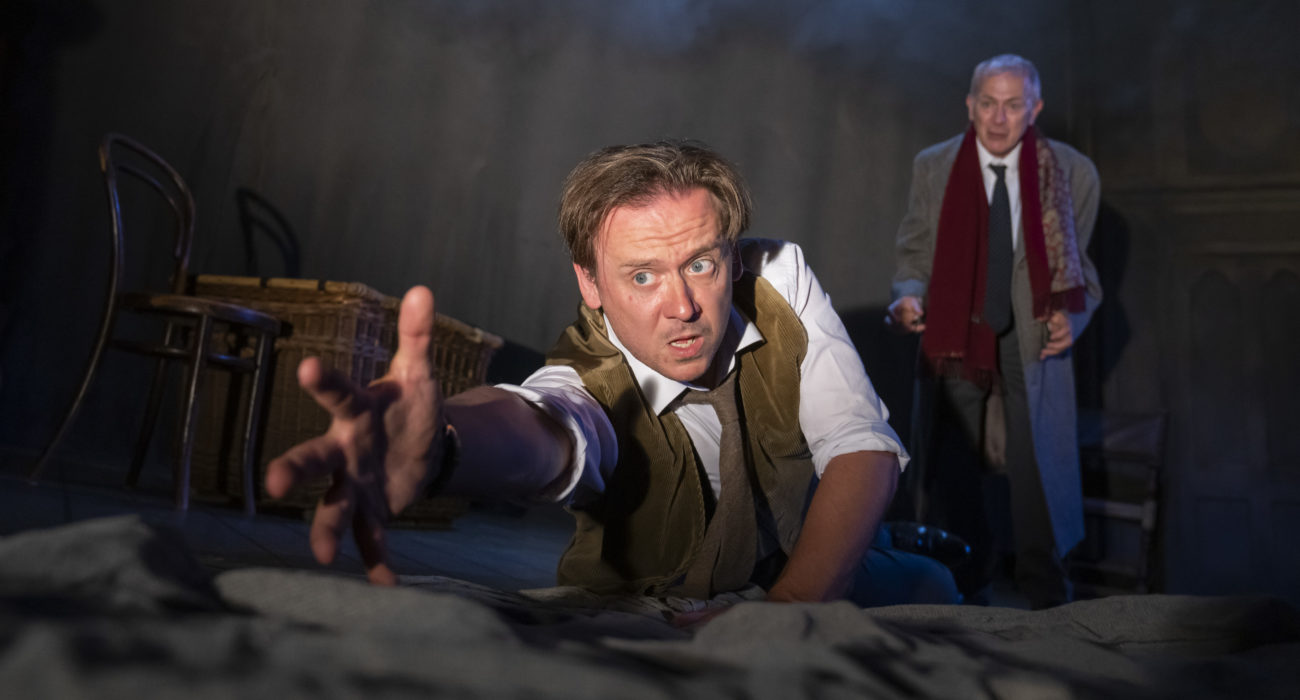 The Woman in Black recently returned to Manchester to celebrate an impressive 30th anniversary as a West End show. Stephen Mallatratt’s reliable script, the brilliant performances of the actors, and the creative use of technology leaves no surprise to the show’s success.

Attending the Palace Theatre for the first time since covid restrictions eased proved uncomplicated. With a quick temperature check and proof of a negative lateral flow test, we made our way to our seats, ready to enjoy the show.

I admit I did not have an extensive understanding of the play before watching it. Besides being told by a friend that the show was ‘scary’, I was not sure what to expect.

Along with other audience members who had not seen the play before, confusion arose when Arthur Kipps (Robert Goodale) stumbled onto the stage, with the theatre lights still on, monotonously reading from a script. It wasn’t until The Actor’s (Antony Eden) voice boomed from the audience, in frustration towards the dull reading, I realised that the play had begun.

This engaging beginning set the tone for the surprises and shocks which were to follow in the next two hours.

The show would not have been the same if not for the brilliant performances of Robert Goodale and Antony Eden. The two had undeniable chemistry and worked well to stress the light-hearted nature of the play’s first half. So much so you might have initially thought it a comedy.

The comedic element, however, did not undermine either actor’s abilities. Goodale truly became each character he played, and Eden’s acting can only be described as fascinating. During the character’s psychological descent, the audience truly hung off every word he said.

The initial scenes of the play reveal Kipp’s scepticism towards the theatre, worried his story will be turned into a mere performance and contrasting the enthusiastic attitude of the actor who believes theatrical imagination can bring any story alive.

It’s safe to say that the actor is proven correct. The play unfolds leading the audience on a thrilling journey, leaving behind any cynicism towards the theatre’s ability to tell a powerful story.

With a scarce set and only two actors, imagination is an important tool for the show. The actor’s belief that a basket could easily be turned into a horse and carriage on stage was initially met with audience laughter. Yet, we soon forgot how ridiculous a suggestion it first seemed when it was executed later in the show.

The brilliant lighting design by Kevin Sleep and sound by Sebastian Frost enhanced our imagination and assisted in creating a truly terrifying show.

The Woman in Black, herself, only appeared a handful of times. The audience could have easily missed the sight of her horrific grey face if they blinked. Yet, it was enough to make me and other audience members jump out of our seats.

I’m still wondering how the woman two rows in front is doing after she shrieked at the sight of her.

The Woman in Black’s scarce appearance revealed what the most truly terrifying aspect of the play was: the actor’s and the audience’s imagination. She managed to scare us without even being present, leaving us with an exciting suspense that lingered even after the show ended – especially because of the show’s shock/twist ending.

I would recommend this show to anyone, though be wary if you’re easily scared – my flatmate was still thinking about the petrifying rocking chair the next morning. The UK tour of The Woman in Black has unfortunately now come to an end but it’s still terrifying audiences in the West End. 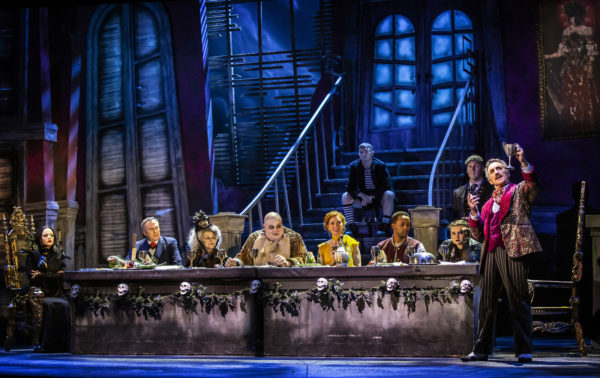