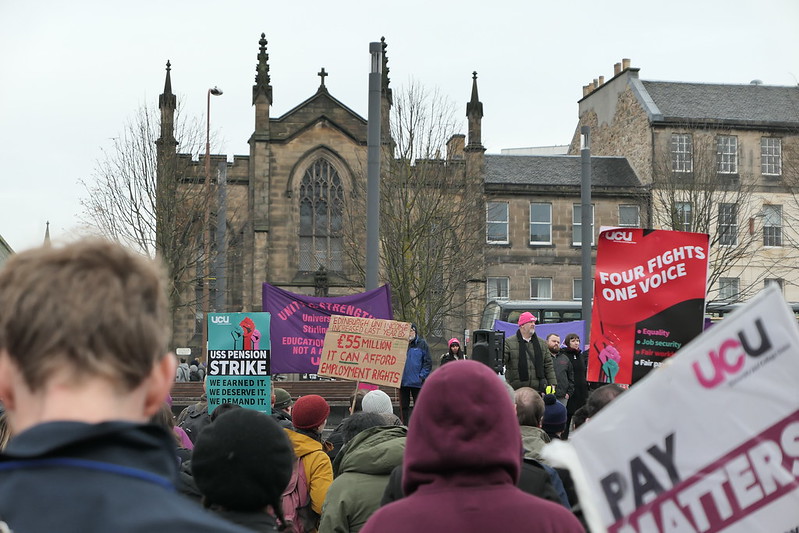 Three days of strike action will take place next month from the 1st to the 3rd of December, following ballot results announced by the nationwide union.

The University of Manchester branch confirmed on Twitter last night that they would be following the strike action on these dates, over the ‘four fights’ dispute.

The action comes after University of Manchester staff voted earlier this month to strike pay, casualisation, workload and inequality. However, staff did not take the opportunity to strike over pensions, not meeting the threshold required to take action on the subject.

In a statement released by the UCU, the union said that more action may be taken if the demands were not met, opening the door to more strikes in future weeks and months. However, it was not made clear what form this would take.

A spokesperson for The University of Manchester released this statement in response, to the Mancunion:

On Tuesday (16 November), we received confirmation from UCU that they will be taking industrial action from Wednesday, 1 December 2021.

This will take the form of strike action on 1, 2 and 3 December 2021 and action short of a strike continuously from the 1 December ending no later than 3 May 2022. We recognise the right of colleagues to take this action, but are extremely concerned about the impact on our whole community, particularly on our students who have suffered so much over the past 20 months.

The industrial action at our University is in respect of pay and employment conditions, where the vote just exceeded the legal threshold for action (50.4%). In total 728 staff voted in favour of such action. We have over 12,000 staff across the University.

We absolutely understand how important pay and employment conditions, and indeed pensions, are to colleagues and we take these views and concerns very seriously.

However, inevitably any kind of industrial action causes serious disruption for our community, and particularly our students, exacerbated this year following such an extended period of pandemic upheaval.

We will very shortly provide more detailed guidance to staff, line managers and students to help navigate and mitigate against any disruption.

In particular, we’d like to reassure our students that we will do everything we can to minimise any impact on their teaching, learning and wider experience and will of course keep colleagues fully informed of any developments.