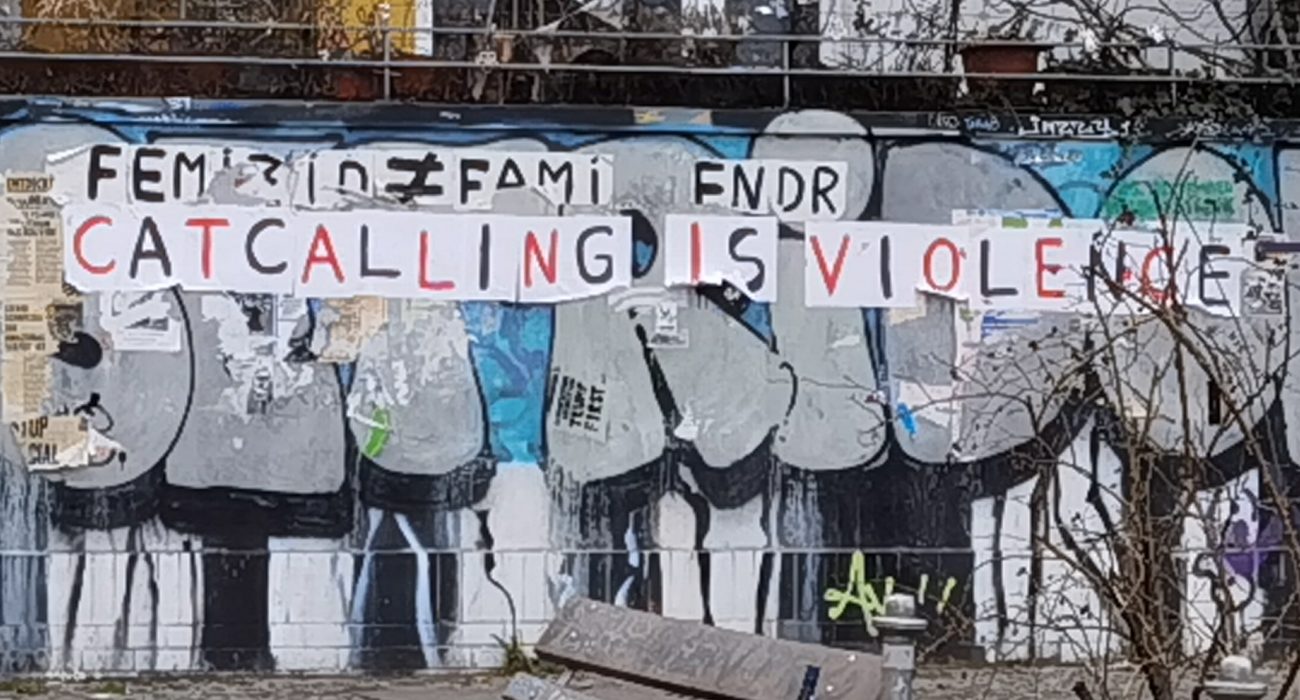 Losing track of men and miles

Allow me to set the scene: my heart is racing, my breath is catching in my throat and I’m panting vigorously. My fists are clenched, my body is hot and sweaty and I’ve found a steady rhythm. Just as I’m about to finish…. a man verbally sexualises me. As a result, I’m forced to continue my run, in order to further the distance between myself and him, rather than halting at a lamppost to catch my breath.

Cat-calls are not an irregular occurrence on a run, as I’m sure many other female runners will attest to. It’s worse in the dark and cold winter months; Curry Mile in November teems with feline-ringers. Although it happens in broad daylight too, when they can get a good, proper look at you.

Let me tell you, even red in the face, out of breath, with the fringe of my overgrown mullet pasted in wisps to my sweaty forehead, never have I felt sexier than I do at 6pm on a Tuesday when I’m out for my weekly jog. Apparently women who look approximately 2 minutes away from what feels like a cardiac arrest is just ‘what does it’ for some people. At least that’s what I presume from the particular crowd of men heckling me along Manchester’s Oxford Road.

Either that or they are all avid fans of Olivia Newton John’s ‘Physical’. Perhaps I’ve been getting this all wrong throughout my adolescence, and should instead be grateful for the soundtrack of harmless karaoke. Wow, my life really is like a movie!

What I’ve been foolishly perceiving as catcalling all this time might have actually been a serenade. Songs like Snoop Dog’s ‘Hey Sexy Lady’, Mark Rebillet’s ‘Look at that ass’, and J.Holiday’s ‘Run into my arms’ underscore my outdoor exercise, almost like a sort of cinematic montage. All of which are sung of course by men of various ages, ethnicities and backgrounds, because misogyny doesn’t discrimin…wait.

I’ve been running for a while, and over the years as I’ve tracked my pace and clocked up my miles, I’ve lost track of the creepy smiles and unwanted comments about my body as they’ve accumulated. I’ve heard dirtier phrases shouted at my back on the street than in any nightclub, and with the amount of groping that goes on on Newcastle’s ‘Diamond Strip’, that’s saying something.

You know what they say ladies, nothing turns us on like some non-consensual grabbing and/or heckling – both if we’re feeling particularly ravishing that evening.

I suppose there is no irony to be lost in the fact that I cannot always recall the exact wording of the derogatory statements. Their sentiment so often drowned out by the ‘Guilty Feminist’ podcast, or more likely some misogynist reggaeton.

‘I’m a feminist but…’ I run to songs with lyrics like ‘me trae loco su figura’ (your figure drives me crazy), or ‘Tú sabes que eres mía’  (you know that you are mine). Somehow being able to play and pause the song instills in me a sense of reclaiming phallocentric terminology, rather than reinforcing my own oppression. Or something like that.

Having had conversations with male, female and non-binary friends about this, who have suggested that perhaps not all cat-calling is offensive, it seems important to make the distinction. I can appreciate a compliment, but I am also intelligent enough to recognize what is just unnecessary and quite frankly unwanted attention. Unfortunately, the same can rarely be said for the hecklers providing said attention.

A few weeks ago, a boy walking past me on my way to the supermarket stopped me to politely tell me he thought I was pretty, before simply walking off. Not that women should measure their worth on male aesthetic validation but, aw it made my day. Bless him.

Whereas the men who stand, usually in groups because they clearly need some sort of peer support, and shout things like ‘come to me pretty woman’ or ‘hey physical lady,’ don’t really tend to give off the same level of courtesy. I think as a general rule, if you need your mates to cajole you into shouting something at a woman, and they all cheer as she ignores you, probably just don’t bother.

Worse still, if the presence of a man next to her makes you reconsider whatever one-liner you were about to launch in her direction, definitely abort mission.

Then of course there are the men who think they’re ‘the sh*t’ because they happen to be in a car. Who drive up to women and roll the window down, just to whistle or beep their horn from a closer proximity, and then drive away with a smug smirk on their face, clearly amused by a woman’s discomfort at their leering. They act as if they’ve completed some great accomplishment. Well, maybe they have. Mirror-signal-manouver and a sexist comment as the pièce de résistance? And they say men can’t multitask.

Of course, I do intend all of this somewhat satirically. I understand that often it can be difficult for guys, especially within modern hook-up culture, when there’s so much pressure in society for men to make the ‘first move’. Would you look at that, patriarchy isn’t just oppressing women but repressing men as well due to entrenched gender stereotypes. It’s as if by opposing it, everyone would benefit. Who knew?

I think a lot of people would appreciate dispelling the myth that the man should be the one to hold the door, buy the drink, pay for the meal etc. In an era that has seen the most progress in terms of gender equality, of course I encourage the active subversion of gender stereotypes. I just don’t quite see where cat-calling fits into this.

Whilst I don’t appreciate being heckled by random men on the street, nor do I suppose a man in my position would find flattering a description of his shapely buttocks. Especially not if it’s shouted at him by a group of sniggering women. Even worse, god forbid, a middle-aged hun-cultured hen-do.

A woman approaching a man they find attractive and asking for their number though? That I fully support. Truth be told, curb-side cat-calling aside, certainly in a heterosexual setting, it does seem that women tend to receive more compliments than men.

Certainly on social media apps, it seems almost obligatory for men to comment at least a heart eye emoji on their girlfriend’s posts. Whereas women tend to reserve comments such as ‘OMG YOU”RE GORGEOUS’ and ‘YOU’RE SO BEAUTIFUL I COULD DIE’ for their female friends’ selfies. Appreciated sure, but really, well gosh it all just seems a bit much.

I hope a man would find it flattering at least, to be asked out by a non-threatening stranger who finds them attractive. Let’s face it, the worst thing they can do theoretically is say no. And honestly, I think rejection is healthy; keeps a woman grounded from all the attention she’s receiving on the street.

This is not to say that women are some archetypal feminist ideal just because they’re women. I hold my hands up and admit that, along with a fair share of my friends, I’ve had detailed discussions about attractive people glimpsed at a bar. Even hypothesised what we’d get up to in the bedroom over a few glasses of wine, etc etc.

Look, people are people, and I’m not condemning conversation about people we may be attracted to. Crucially though, at least when my friends and I do engage with this sort of discourse, we do it amongst ourselves. Out of the earshot of whoever we’ve discussing, in such a way that they won’t feel uncomfortable walking home alone at night (or midday), or reconsider that the leggings they were wearing (for exercise), serve as some sort of sex symbol.

This, what seems to be then to be a majorly female-experience, became perhaps most apparent to me recently when, a male friend offered that the worst thing about running was that ‘you just feel like a tit when people look at you’. I jokingly replied that the worst thing for me (especially in cities like Manchester or Newcastle) was the attention drawn to my tits by almost expected cat-calling. The likes of which I experienced every time I exercised outside.

My current record is 7 separate incidents on one run, although to be fair that was with a friend, so maybe 3.5 if we divide them up between us? It was my mate’s unintentionally ignorant reply ‘Oh I never thought of that,’ that it dawned on me that, intended in the least patronising way possible, of course he hadn’t. Because he didn’t need to. And that’s the difference.

All that being said, maybe women like myself are just being ungrateful. I suppose really, we should actually thank the men who take the time to shout misogynistic remarks at us. Perhaps we ought to view them not as sexist perpetrators, but as personal trainers, who helpfully ensure that not under any circumstances will we stop running.

Even though the stitch in our side may be crippling, and our hamstrings seizing up. Heaven forfend we expose ourselves (metaphorically of course) to any more than the bare minimum of verbal womanising, for any longer than is absolutely necessary. Even if those brief moments of rest are just to catch our breath so we don’t pass out.

Honestly sometimes even fainting from lack of oxygen seems favourable to hearing yet another comment about the shape of my arse. 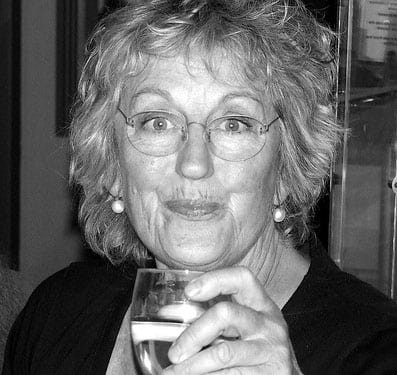